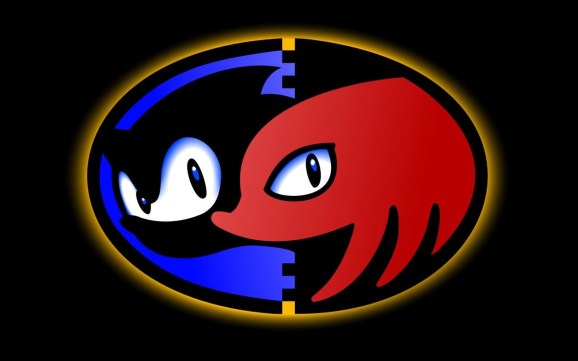 Sonic & Knuckles is what happens when you make the best out of a bad situation.

The Sega Genesis 2D platformer is celebrating its 25th anniversary today. But Sonic & Knuckles only exists because of time and memory constraints. Sega had planned for everything that’s in Sonic & Knuckles to be a part of Sonic the Hedgehog 3.

Sega, however, was running up against a deadline. Sonic 3 had to come out earlier in 1994 to make it on time with a planned McDonald’s Happy Meal promotion. Just like today, Happy Meals were a giant deal in ’90s, with major companies like Disney using them as a way to market to kids. It was rare to see a video game get a Happy Meal deal, so the promotion was a huge deal for Sega. They couldn’t miss the timeframe that they had already agreed to with McDonald’s.

The developers were also struggling to fit everything they had planned for Sonic 3 into one cartridge. So Sega came up with an ingenious plan. Sonic the Hedgehog 3 would release on February 2 with about half of the planned levels. The team would the develop the second half of the game into Sonic & Knuckles, which released on October 18.

Lock-on for the win

It’s a strange way to get there, but this plan worked wonders for Sega. It got to release two major games in 1994 instead of one. And most players didn’t have access to the kind of insider knowledge that’s easily available on the Internet these days. We didn’t know that the original Sonic 3 was, in a way, just half of a game. We weren’t cynical about it. We were excited.

Sega also did a great job of making Sonic & Knuckles feel exciting. It wasn’t just a new Sonic game. The lock-on feature promised to make older Sonic games feel new again. It turned Sonic 3 into the biggest adventure in the franchise’s history, but inserting Sonic the Hedgehog 2 on top of Sonic & Knuckles let you play as Knuckles in a game that came out before the character ever existed. Putting in any Genesis cartridge aside from those games would unlock extra bonus levels like the ones in Sonic 3, which have you running around a giant sphere while collecting blue orbs.

It all made Sonic & Knuckles feel like an incredible value, even if on its own it was more like half of a game. It represents the kind of creative marketing and problem-solving from the old days of the industry that you probably can’t get away with anymore.

Now wait until next year when Knuckles’ Chaotix for the 32X turns 25 years old, and I have excuse to write about that weird game.