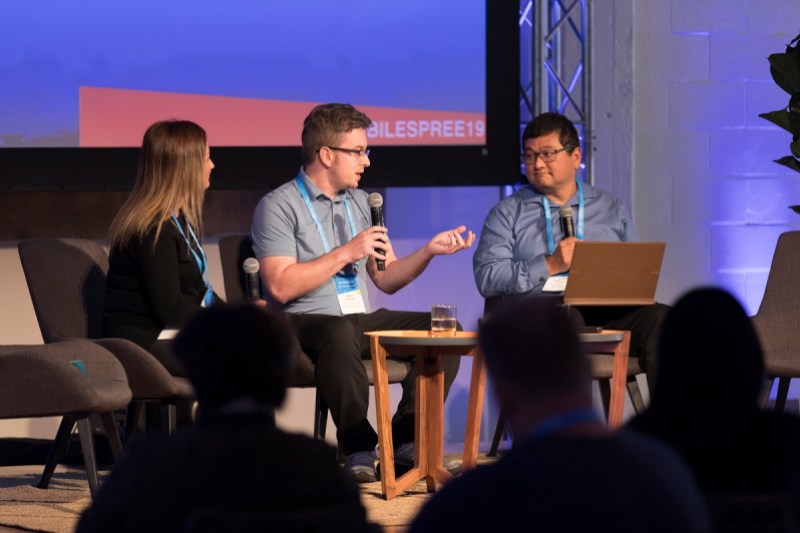 GamesBeat: Do you see things like Mobcrush affecting the mobile side of the market very much? Is there a barrier between the different markets?

Garfinkle: At least in the west, mobile streaming hasn’t taken off in a major way. I’m not sure if anyone knows precisely why, but it’s much more common in the U.S. and western markets to look at premium games that people are playing and streaming through online outlets like Twitch.

Bhatha: One thing about streaming, you want to make sure that when you’re creating content that make something that allows that to be successful. Minecraft is a good example. It became popular because people were able to share their content. Mobile streaming, as Rob mentioned, it’s not completely there yet, but that would be beneficial when it comes to working more in that area.

GamesBeat: If influencer marketing isn’t the biggest deal to you, what might be a bigger trend that you’re trying to stay on top of?

Bhatha: One thing is pre-registration. That’s coming into play. It was big in Japan, and it’s starting to pick up in western markets as well. Google is offering it and Facebook is coming up with a pre-reg product. That’s one way to reach to your golden cohorts ahead of time and get ahead of the game. But again, I think measurement is a piece to solve for there on Google’s end.

Garfinkle: There are still a few untapped proprietary sources of inventory that aren’t quite at the same technological level as a Facebook or a Google. Reddit has recently come up with a relatively unpolished but functional UA product. There are still a few big reservoirs of users. Twitch, which we were just discussing, seems not to be a major player in mobile UA, but it could potentially be if they put their minds to it.

GamesBeat: We glossed over the competition part of mobile, but I wonder what you think about the different rivals out there that have really aggressive UA strategies, compared to what might be more normal. An example I look at is how Machine Zone, with Game of War, their ads were everywhere. They were on TV. They were mining through everybody they could possibly find who might be interested in strategy games to find that one person who’d spend a zillion dollars with their clan. That changed the nature of market competition.

Bhatha: Bigger companies definitely have a lot of budget to spend. They can outbid the market. But for some of the smaller companies, I can speak to challenges we had in the past. It’s more about focusing on organic growth. What can you do on the ASO side to boost up your ranking with keywords or leverage your current userbase with cross-promotion? Also, keep close relationships with the Google and Apple guys. If you can convince them to do a feature, that produces huge organic growth around launch. Combined with UA, those are key features that can bring tremendous results in terms of growing your game.

Garfinkle: To talk about the specific UA competition side, the competition in the waterfall, buying media unsustainably or at a rate that’s not specifically profitable will eventually stop paying dividends. You can’t continue that strategy forever. It’s incumbent on people who are profit-oriented in the business to weather the storm and find ways of getting more sophisticated about your own methodology toward paying for users that are high-quality. You need to find the right user pools. You can’t just throw your hands up and say, “This is a very competitive season, so I can’t afford these CPIs.” That’s not a valid excuse. 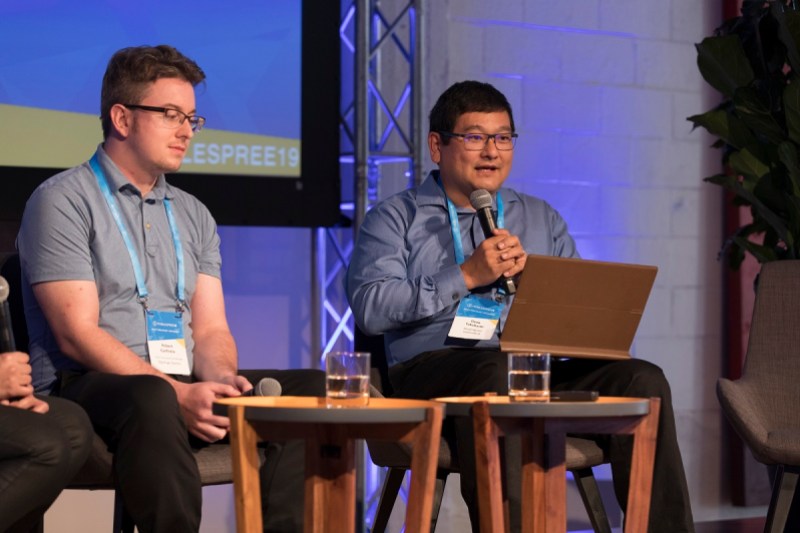 Above: R0obert Garfinkle (left) of Big Huge Games, and Dean Takahashi of GamesBeat.

GamesBeat: What are some predictions you’d have for a year from now in user acquisition?

Bhatha: One prediction would be that Snapchat Games is becoming a thing. There’s a huge potential there to discover. Additionally, just in terms of new UA channels, we’re so focused on Facebook and Google, but these other social channels like TikTok, Pinterest, and Snapchat, they have their own ad inventory. They’re tapping into advertising. I also want to see how 5G resolves some of the issues around streaming.

Garfinkle: Streaming games might become much more prevalent in the next year. The Stadia experiment and 5G might yield results. It’s hard to say right now.

What I do think is happening is that right now there’s a lot of relatively unprofitable investment coming into the gaming market from markets that are much more mature. Japan most prominently, as well as China and Korea, have been trying to find ways to expand the gaming market globally. I think we’ll see another rise of major emerging markets, kind of like what happened in India or Turkey a few years ago. We’ll continue to see this transitional state happen with more and more mobile-first markets.

GamesBeat: How much does fraud affect your calculations?

Bhatha: A lot. Some of the strategies we use at Zynga, we look at the networks we buy our inventory from. We look at the traffic really closely and make sure we stop spending on those channels. Also, we work with a third-party vendor, in addition to Adjust SDK, to provide a fraud detection tool. We layer another partner on top of that to make sure we detect fraudulent installs.

But when it comes to fraud in games, like bot frauds, we have a whole team in place that looks at user behavior in the game to make sure those accounts are deleted once we detect fraudulent activity. We also tune our features in games that can prevent bots and cheaters from exploiting them.

Garfinkle: We also use the Adjust fraud prevention suite. It’s rather good. It’s not entirely 100 percent of everything, because I don’t know if you can have an automated system that catches 100 percent, but by limiting our number of partners and finding partners that are more reliable, it really cuts down on how much waste goes into ad fraud. The industry as a whole has had a moment of realizing that ad fraud exists, identifying ways of combating it, and becoming more sophisticated as a result. I haven’t seen SDK spoofing come back in a way that would be an alarm for me. 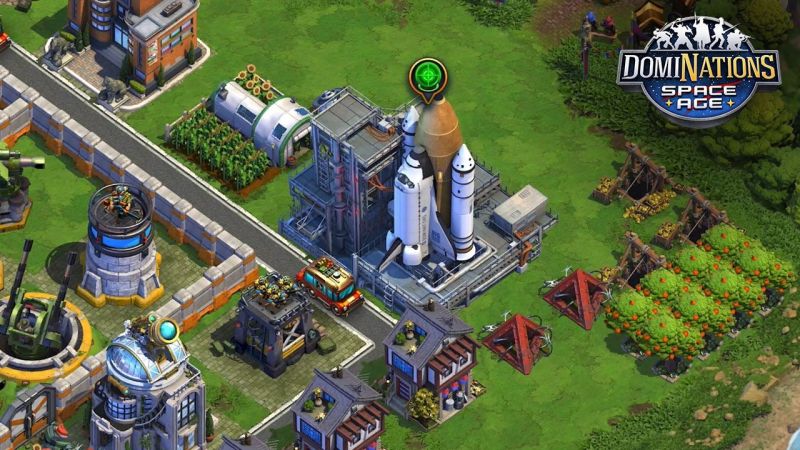 Question: Across all verticals, people are very interested in identifying whales and trying to get them to join the cycle of your app. Gaming is where this artform was perfected, and I was wondering if you could go into some of the approaches that are part of finding whales. As gaming has matured, people have become more sensitive to this. They don’t want to pay to win. They’ve become more cognizant of paywalls. Are there strategies or approaches you have to either make those sorts of things less obvious, or make people more comfortable with paying for a game after they downloaded it for free.

Garfinkle: It’s a big question. To unpack things a bit, I think most industries have a different approach for high-value customers versus everyone else. VIP programs exist in gaming just as much as they exist for Las Vegas high rollers, to use one extreme example. Having a custom approach to the way you deal with a customer service request from someone who’s spent thousands of dollars is a prudent thing to do.

More broadly, identifying them is not much of an issue. You can spot a high-value user relatively quickly. Finding out where they live in terms of advertising toward them is extremely difficult, though, and something that the major technology partners understand very well at this point. You can go and generate campaigns through things like lookalike audiences as a way of trying to get more high-value users. But it’s not possible to just put a hook out and catch one.

Bhatha: We have similar tactics. We use lookalike VIPs and try to acquire similar audiences. But in terms of people—if they left the game for some reason, we put a budget toward re-engagement. Re-engagement is a big part of the UA strategy at Zynga at the moment. We want to make sure we keep these players in the game.

GamesBeat: I liked the research that USC’s Dmitri Williams did on social whales, how there’s a class of person who’s sort of the life of the party at the bar. They cause a lot of other people to come in and spend money. I don’t know how much you also pay attention to these types of people, who may not spend a lot of money themselves, but they cause a lot of money to be spent.

Garfinkle: In our main strategy game, if you’re an alliance leader, you get rewarded based on how active your whole alliance is. That’s our solution to it. It incentivizes leadership within the user community.

Bhatha: When it comes to Zynga, I think more about celebrity endorsements. Words With Friends has been associated with different celebrities. We’re not necessarily spending within the game, but it’s a good source for us to bring users to the game itself who follow those people, especially with things like our campaign for breast cancer awareness, which has involved a lot of celebrities.