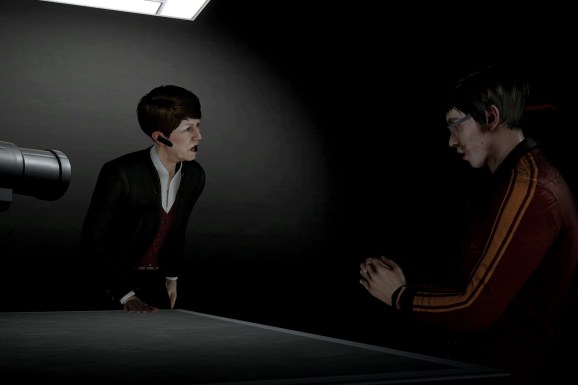 Shattered State is one of the best games on Daydream VR.

Some 30 months ago, I bought a Google Pixel. It was probably the first high-end phone I’d ever bought. But I didn’t pick it up for the flashy camera, sleek design or crisp HD screen. Those were all added bonuses to the main draw of this device for me: Google Daydream.

Fast forward to now and I’ve just shelled out for my next phone: a Pixel 3A. It’s also Google’s first phone that doesn’t support Daydream. I had no hesitation in picking one up.

Daydream was intended to be Google’s big VR push, throwing its hat into the ring against Facebook, Valve, and Sony. It had a lot of promising features, like a low-cost VR viewer designed to be comfortable and accessible and a motion controller that moved mobile VR input forward. Most important, Daydream was designed to work across a broad range of Android devices, opening floodgates and getting VR content onto the heads of hundreds of thousands, if not millions of people.

Sadly, that didn’t really happen, as Google confirmed this week that its Daydream experiment was coming to an end.

One way or another, Daydream just never really took off like we’d hoped it might. What was initially intended to be a wide range of VR headsets from varying manufacturers ended up being just one device from Google itself. Games from major developers and publishers launched to paultry sales figures not even a fraction of their usual standards. Today the platform’s storefront is still pushing apps that arrived on launch day and obscuring its list of new arrivals.

Most damaging of all though is the arrival of Pixel 3a, a phone designed to reverse Google’s slowing smartphone sales. The lack of Daydream support, paired with recent executive comments about switching focus to services over hardware, feels like the inevitable admission of defeat. And my heart bleeds for it.

I really did have a soft spot for Daydream. In its early days, Google seemed to be making strides in developer relations; it even got EA to release the only full VR game it’s ever launched. But, as I’ve said before, the platform became home to some of VR’s most obscure gems. These were games and experiences from creators that were really thinking outside the box. Many of the best projects, like Virtual-Virtual Reality and Eclipse: Edge of Light, went on to live new lives on other platforms.

But for every game that made the jump, there are two or three that didn’t. In fact, I’d argue there’s enough worthwhile Daydream-exclusive content out there that you should pick up a cheap headset provided you already have a compatible smartphone. Let’s take a look at some of them.

One app that always comes to mind is the bizarrely lovable Untethered. It was as quirky as VR gaming gets, a VR series from the makers of That Dragon, Cancer that casts you as various inhabitants in a small town in Oregon. In its first episode, you were a radio DJ that could use your voice to progress the story. I remember feeling pretty lost in the experience as I explored its impressively interactive environment. It was one of the first VR apps that presented a living, breathing world, no matter how small. It broke down important barriers in immersion.

Sadly, Numinous last year confirmed the third episode was on hold after the company lost funding mid-development. Not surprising given Daydream’s slow uptake, but no less heartbreaking. Maybe one day we’ll get to see the conclusion the series deserves.

Daydream was also home to some significant tie-in games. Blade Runner: Revelations, for example, was launched as a showcase for Daydream’s lone standalone headset, the Lenovo Mirage Solo, and used Google’s Seurat framework now seen in Vader Immortal. Set between the events of the two films, you play a detective doing what everyone seems to do in this universe; hunting down rogue androids named Replicants.

What made Revelations interesting was its focus on investigation and clue-finding. There were action-packed moments, but the game was really interested in creating tension between you and the subjects you interview. It’s also one of the best-looking VR games you can find on mobile hardware.

So Let Us Melt

One of the prime examples of just how under the radar many of Daydream’s games have flown. The Chinese Room is a beloved UK developer best known for games like Everybody’s Gone To The Rapture and Dear Esther. Many would assume the developer hasn’t made another game since then. Quite the opposite in fact; its next storytelling epic is only available on Daydream.

So Let Us Melt is very different from the studio’s other narrative-driven games, though. It’s a far-flung sci-fi epic that takes you on a historic tour of the future. It’s an experience about companionship and nurturing relationships to enjoy what fosters from them. It’s also inherently weird and wondrous, with imagery and music you won’t soon forget. There’s still a part of me that hopes So Let Us Melt lives again on other platforms. It deserves to be seen.

Supermassive is another developer you might be surprised to learn worked on Daydream. In fact, it did so quite recently; Shattered State only launched on the platform late last year. It might be the best example of how obscure the platform has become, seemingly getting less than 100 installs since launch.

Don’t let that deter you from seeking it out, though. Shattered State is like a self-contained episode of Homeland, 24, or any other high-octane political thriller. You play as the director of an intelligence agency in a recently-established country. As a terror threat unravels you have to make tough decisions and watch them unfold right in front of you. It’s simple, daft and rightly involving. A guilty pleasure of a VR experience if there ever were one.