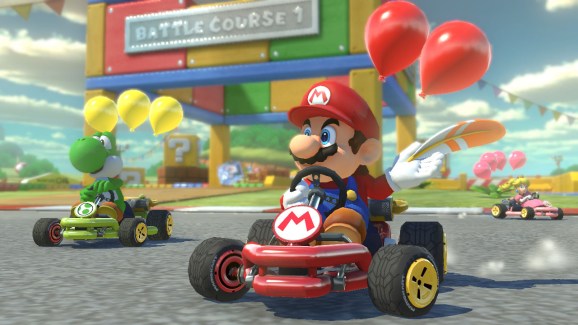 Mario Kart Tour is one of the few Japanese-made mobile games charting in Japan.

In 1999 — some 20 years before the birth of Apple’s App Store when mobile phone owners in the West could only play Snake — people in Japan already had the ability to play games directly onto their mobile phones. Since then, Japan’s mobile ecosystem has become such a dominant force that it generated $13.3B last year alone – ranking third in terms of game market size behind China and the US.

Despite this early and epic growth, the combined operating profit from games at Japan’s seven largest mobile game publishers fell 21% in the last year, and cumulatively their stocks lost $6 billion in market value. However, while the share that Japanese mobile gaming companies hold in the market is falling, the local mobile gaming market as a whole continues to grow with international games leading the way. Why is this change happening and where is this growth coming from?

The changing face of Japanese gaming

In 2015, the Japanese gaming ecosystem was largely insular with little foreign penetration — out of the top 10 mobile games downloaded that year, Candy Crush was the only title to have been developed outside of Japan. Four years later they’re in the opposite situation, with only two titles out of the top 10 games published by a Japanese studio. “Japan In” — gaming studios moving into Japan — is officially taking off.

This is both a cause and consequence of two main factors:

1. The fall of gacha

Japanese gamers still spend 88% more in-app compared to mobile gamers globally, and the credit goes to an unlikely candidate – vending machines. In Japan, toy dispensing vending machines are called gachapon, and in the early 2000s, these machines served as inspiration for game developers looking for ways to monetize. The gacha (read: loot boxes) monetization mechanism, which entices players to spend in-game currency in exchange for in-game goods — i.e. classic in-app purchases (IAPs) — quickly made its way into pretty much all mobile games in Japan. In fact, since 2007, games that utilize the gacha mechanisms have generated some $55B in revenue, so it should come as no surprise that the Japanese mobile game economy was largely built upon revenue generated through in-app purchases as opposed to ad monetization.

But, it seems that the gacha phenomenon has just about peaked. Growing stagnation in the performance of gacha games is indicative of Japanese gamers losing interest in the mechanism. This decline also conveniently coincides with the rise of hyper-casual games in Japan. This genre offers lightweight games with simple mechanics that offer instant gameplay and no IAPs. It seems likely that Japanese mobile gamers are looking for a change in the way in which they interact with mobile games — away from the traditional gacha model, and towards more freemium games. This would also suggest why the majority of titles that have made their way to the top of the charts in Japan are international hyper-casual games, which rely primarily on ad monetization.

While gacha was slowly dying, something else was happening right next door — the Chinese government stopped approving new game licenses. For a game to monetize their user base, they were required to receive approval from the State of Administration of Press and Publication. And for nine months, the government didn’t approve a single title. This forced Chinese game developers to seek monetization opportunities outside of China.

As a result, they began looking to the Japanese gaming market as a potential area of growth. Squeezed by their own government and welcomed by a market that was tired of the status-quo (i.e. gacha and predominantly hardcore titles), the timing seemed to be just right. In July this year, 18% of the top 100 games in the Japanese app stores — like Numouz, Mafia City and Piano Tiles — were developed by Chinese publishers with a further 57% which were created outside of Japan.

The waning popularity of gacha and the influx of foreign studios claiming their stake in the Japanese market is shaking up the local studios. Realizing the revenue potential of the hyper-casual genre in their local market, Japanese publishers are also starting to move in on the genre.

Yet they understand that there’s a catch. Developing hyper-casual games solely for the local Japanese market comes at a high price. Due to their historically high performance with IAPs, Japanese gamers are characteristically expensive to acquire. In January 2019, CPIs in the US were $1.20 compared to $1.48 in Japan. The difference of $0.28 can have huge ramifications when you’re buying tens of thousands, if not millions, of users.

The high cost of acquiring Japanese users together with the smaller gamers market when compared with the US, is very limiting for hyper-casual titles, which rely on huge scale.

The result is that Japanese publishers are taking their games abroad. At ironSource we’re seeing this trend quite strongly, with Japanese game studios like ITI Inc, Geisha Tokyo, and Magic Ant breaking into the top 100 of the US app store with hyper-casual games. In fact, in just two months, ITI Inc was able to drive over 1.5 million installs and 220,000 daily active users to their hyper-casual title Golf Nest when they launched in the US. “Japan Out” — Japanese studios taking their games internationally — is now seeing its heyday.

In Japan, the gacha era may be over, but the hyper-casual era is arguably just getting started. Whether there is a causal link between the two or not, it’s interesting to see that they have happened roughly simultaneously. The question now becomes whether hyper-casual will act as a gateway to other, more ad-driven and casual titles in Japan, and if so, how Japan will revive its gaming market strength by looking externally for competitive growth.

Shuichiro Mine leads ironSource’s Japan office as the GM, and has nine years experience of app marketing and monetization in Japan.