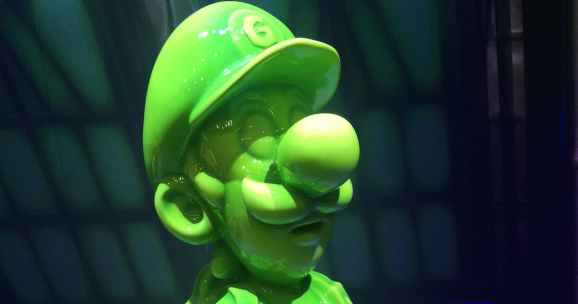 The green gooey boy is here for some Tetris 99.

Nintendo is launching Luigi’s Mansion 3 on October 31 for Halloween. But the publisher is going to give you a taste of the spooky ghost-catching game as part of an upcoming event for Tetris 99. Beginning Friday, October 25, and running through October 28, Nintendo Switch Online subscribers can load up the battle royale Tetris battler for a chance to participate in its latest Maximus Cup event with Luigi and Gooigi.

As with previous Maximus Cups, players can unlock a new theme by earning enough points in Tetris 99’s competitive modes. If you earn 100 points, you get the Luigi’s Mansion 3 theme. This changes the background art, music, and Tetrimino design to reflect the younger Mario brother’s frightening adventure.

Gooigi is a big part of the event as well as Luigi’s Mansion 3. He is Luigi’s animated glob of goop doppelganger. Unlike Luigi, Gooigi can walk through spikes and barred windows, and this helps players solve certain puzzles. We’ll have to wait and see if he has any similar powers in Tetris 99.

Tetris 99 is one of the perks of subscribing to Nintendo Switch Online. Nintendo’s membership service is a requirement for playing online multiplayer. But it also includes access to a library of classic Nintendo and Super Nintendo games. And the publisher has also released Tetris 99 as an included bonus.

You can purchase a physical version of the game as well for $30. That still requires Nintendo Switch Online to play, but it comes with a 12-month membership. It also includes all of the game’s downloadable content.

But while Tetris 99 is excellent on its own, Nintendo also sees it as a tool for building excitement for new releases among its most dedicated players. The Luigi’s Mansion 3 event will lead right into the release of new game.

This is Nintendo’s latest promotional event in Tetris 99. Previously, the company used it to promote other new releases. Those include Splatoon 2, Fire Emblem: Three Houses, and Super Kirby Clash.

Nintendo has also used a Maximus Cup to award players the Tetris for Game Boy theme.