The Omniverse VR Arena is the latest version of Virtuix’s Omni treadmill, which lets you run around in VR with 360 degrees of freedom, making possible full-body competitive VR.

The new $100,000 2020 Omni Arena esports series will have double the current prize pool of $50,000. It’s not much compared to League of Legends on the PC, but Virtuix says the dollars mean it is the largest VR esports competition in the world.

“Our 2019 esports contests exceeded all expectations,” said Virtuix CEO and founder Jan Goetgeluk in a statement. “More than 1,000 players in over a dozen countries participated. Given the success of the series, we are thrilled to double our prize pool for 2020.”

Omni Arena is a virtual reality esports attraction featuring four Omni motion platforms that enable players to run around physically inside popular video games like first-person shooters. In Omni Arena’s weekly and monthly contests, four-player teams battle for the top spot on global leaderboards. The Omni provides the only way to physically move around in competitive video games. 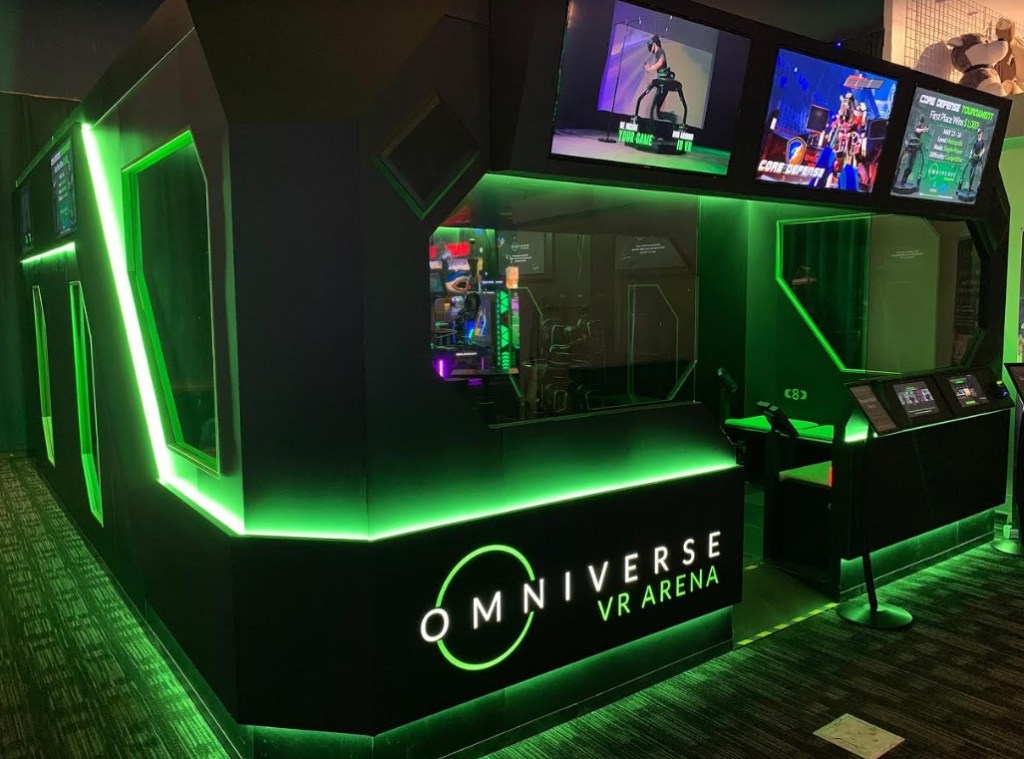 Above: Omniverse is Virtuix’s VR arena.

“The physical engagement of the Omni combined with competitive, multiplayer gaming is a winning formula for location-based entertainment that results in high repeat play,” Goetgeluk said. “A $100,000 prize pool attracts gamers who play again and again. Our core players come back to compete every week.”

Virtuix was founded in 2013 and it is based in Austin, Texas. It has shipped more than 3,000 Omni systems to more than 500 commercial entertainment venues around the world. The company has raised $20 million to date.

“We are excited to participate in the Omni Arena esports contest series,” said Joanna Popper, HP’s Global Head of Virtual Reality for Location-Based Entertainment, in a statement. “Virtuix has built a competitive gaming experience that requires both videogaming skills and physical fitness. Such active esports offer a unique way for entertainment venues to reach a new audience of gamers, build a community of frequent players, and showcase the groundbreaking technology that HP is known for.”