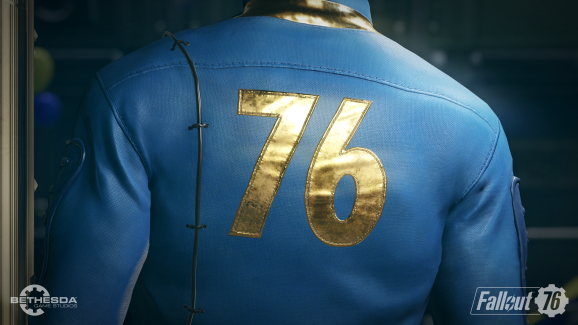 Fallout 76 hasn’t been a big hit since its launch almost one year ago, but Bethesda can still think of new ways to bring in money from the online game. Fallout 1st is a new subscription service that will cost $100 a year (or $13 a month).

That price grants you access to private servers, making it possible for up to eight friends to have their own slice of the Wasteland that no other people can enter. You’ll also get a scrapbox, giving you unlimited storage for your crafting materials, and a survival tent that you can place in the world to create a new fast travel location. You’ll also get an exclusive outfit, emotes, and icons, along with 1,650 atoms a month (Fallout 76’s in-game currency).

Fallout 76 came out on November 14 for PC, PlayStation 4, and Xbox One. It is the first multiplayer-focused entry in the beloved series, but Fallout 76 became the subject of complaints from critics and fans for its ugly graphics, bugs, and lack of content. Bethesda has been adding new experiences to the title since launch, but it hasn’t been enough to turn public perception around.

It may seem like a strange time to introduce a premium subscription service, but other games do ask for money in return for private servers. Minecraft Realms charges $8 a month for up to 10 friends to enjoy their own Minecract world alone, with no other bonuses. The difference is that Minecraft is popular.

And although Fallout 1st’s price may compare to Minecraft Realms’, it seems more outrageous when it goes up against something like Xbox Game Pass, which gives users access to over 100 digital games (including new releases) for $10 a month.

But the subscription is not required to play the game, which is the case for online titles like World of Warcraft, which charges $15 a month. Other online games, like The Elder Scrolls Online, also have an optional monthly fee. For ESO Plus, paying $15 a month (or $140 a year) gives players access to things like downloadable content, extra bank space, and bonus gold and experience points. It also gives a monthly allowance of currency that players can use for the game’s premium shop. ESO Plus may be the best comparison to Fallout 1st, except that the private servers are the main draw for Fallout 1st while ESO Plus prioritizes access to DLC.

We’ve asked Bethesda for comment on this new service and will update the story if the studio responds.