Caffeine has found a new direction for its social broadcasting platform, and today it is announcing that rapper Offset will create a couple of new shows on his channel.

The deal is the first of a number of deals for Caffeine, and Offset will start on Sunday with a 6 p.m. Pacific time show where he streams games like Call of Duty: Modern Warfare. Caffeine CEO Ben Keighran said in an interview with GamesBeat that the company is creating a new kind of broadcast company, with a focus on the creation and distribution of live, interactive content.

“The vision for the company is to be the place for gaming and sports like action sports and combat sports, but also entertainment streams, whether it be like sneaker drops, like fashion type stuff, or straight from Coachella or really being at that intersection of gaming sports and entertainment,” Keighran said. “We build a new social experience and a business model around that.” 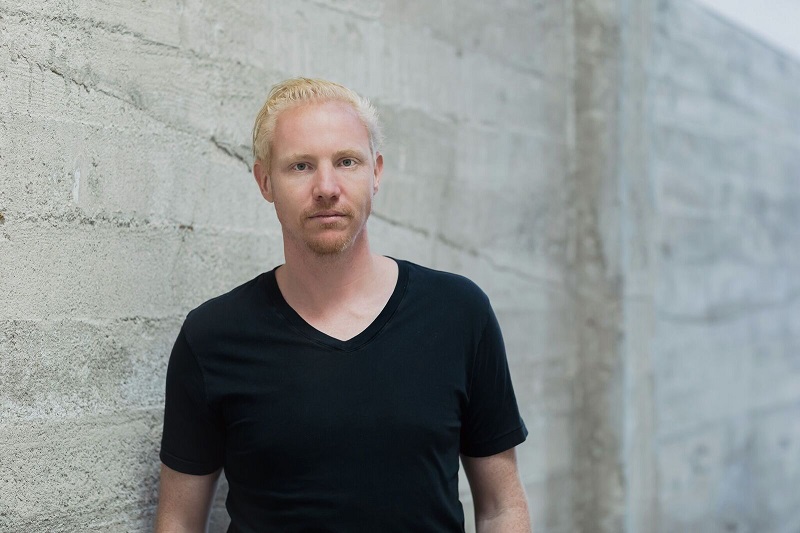 Above: Ben Keighran is CEO of Caffeine.

The collaboration between the Redwood City, California-based Caffeine and Offset will feature two exclusive shows, both premiering on Offset’s Caffeine channel. On the show starting on Sunday, Offset will stream Modern Warfare but he will also try new games suggested by his fans.

“One of the biggest one of the biggest selling points for Offset is that he can actually escape from my life and connect with his fans in a meaningful way and actually build community,” Keighran said. “We will have a balance of produced content and user-generated content.”

A second show, Bet with Set, will feature celebrity guests who face off against Offset in a high-stakes competition with unpredictable and fun outcomes that change from week to week.

“You’ve got these hardcore gamers that are trying to become entertainers on Twitch and then you’ve got a subset of the market that’s on Mixer,” Keighran said. “I think where the puck is going is these entertainer streams. Like if you look at the biggest stream ever on Twitch, it was Drake and Ninja, a combination of a pop star was bringing the entertainer to gaming rather than gaming to the entertainment.” 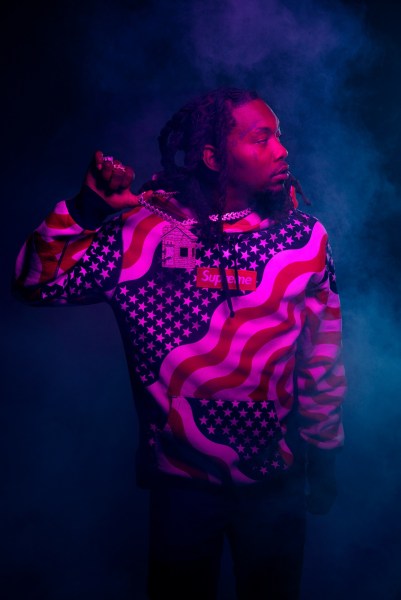 Above: Caffeine is working with Offset.

These shows could be key for Caffeine in differentiating itself from other livestreaming platforms, like Twitch, Mixer, YouTube, Facebook Live, and Mobcrush. Caffeine does livestreaming, but Keighran said Caffeine will strive to have interactive, monetizable, non-toxic communities around its influential streamers in gaming, sports, and entertainment.

“With Caffeine, I can create my content in an organic way that lets me make real connections with my community,” said Offset. “They have created new technology that takes the lag out of online interactions and it makes me reachable in a way that other platforms simply can’t. Caffeine allows me to be myself so I’m trying to reach these kids to show them that everybody is a part of a team and we’re all one.”

Offset is a renowned and accomplished multi-platinum songwriter, entertainer, and burgeoning businessman. Along with fellow artists Quavo and Takeoff, he is a founding member of the hip hop group Migos. An avid gamer and fan of esports, Offset recently invested in FaZe Clan, a popular esports and lifestyle organization. He released his first solo album earlier this year, Father of 4, which debuted at No. 4 in the Billboard 200.

“Caffeine is attracting gamers, athletes, and entertainers to our platform because we offer a better way to create interactive, live content,” said Ben Keighran, founder and CEO of Caffeine. “We’re excited to welcome Offset and his fans to our growing community.” 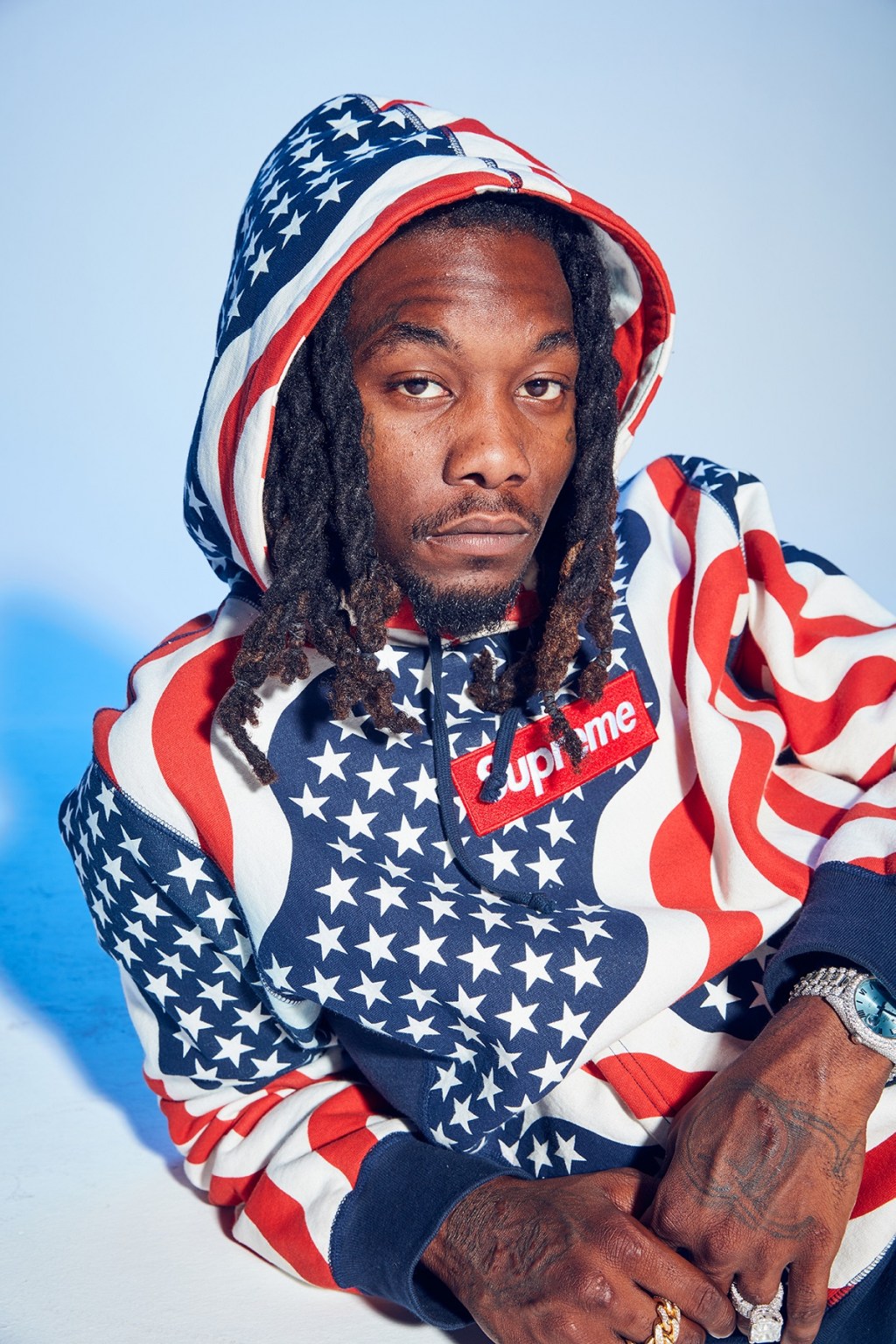 Above: Offset will do two shows on Caffeine.

Athletes and entertainers like LaMelo Ball, The Game and Lil Xan are regulars on Caffeine, alongside game streamers like Cartoonz, Ohmwrecker, and Cranier. The company also produces its own original content, including The Dungeon Run a live RPG where audience interaction changes what happens during the broadcast.

“We really wanted access to Fox Sports content and ESPN as part of this new world we’re building for live TV,” Keighran said. “It made a lot of strategic sense for them as they focus on going direct to consumers with their own apps.

Keighran, the former product design lead for Apple TV; and Sam Roberts, the former Apple senior user experience designer, started the company in early 2018. They were late to the streaming party, but they have managed to gain the confidence of investors and carve out a niche in the market. Some of the money had gone toward a couple of studios in Los Angeles where entertainers can produce shows. Caffeine has more than 80 employees.

Sponsors like Red Bull have come along, in part because Caffeine is having success reaching 13-year-old to 25-year-old fans on the PC and on mobile phones.

“We’re starting to build out a content portfolio, both premium content that we’re making or paying people to make, as well as the user-generated content that gets inspired by the paid content,” Keighran said.

The broadcasters have done original things, like a Fortnite streamer switching it up and commentating on a bowling match.

As for the number of users, Caffeine doesn’t disclose that yet, and Keighran says it is really early. While Amazon’s Twitch is the main competitor, it’s worth noting that the top 50 or so broadcasters on Twitch account for roughly 45% of its audience, Keighran said.

“As we come into 2020 how we want to update the market on user growth,” Keighran said. “We think that the content portfolio and what we’re putting out into the market is differentiated and should be measured differently. It’s going to be harder for others to measure us, in part because we make our own publishing software.”