Illumix said that Five Nights at Freddy’s AR: Special Delivery, the next installment in the popular horror series, will be the first free-to-play game in the franchise.

First announced in September, the new augmented reality title is designed specifically for mobile gaming, as opposed to being a port of the previous PC games.

Illumix will continue to update the title with new content and features during live operations, such as special events, and will be taking into account community feedback on an ongoing basis.

“Illumix is committed to creating innovative AR content that is accessible to everyone,” said Illumix CEO Kirin Sinha in a statement. “Our DNA is in community gaming, and we are excited to begin working directly with the fans to evolve our first title through our early access program.”

You can register at FNAFAR.com for a chance to receive an early access ticket to the game. Those who are granted tickets will be the first to experience the game in advance of the official launch on iOS and Android devices. 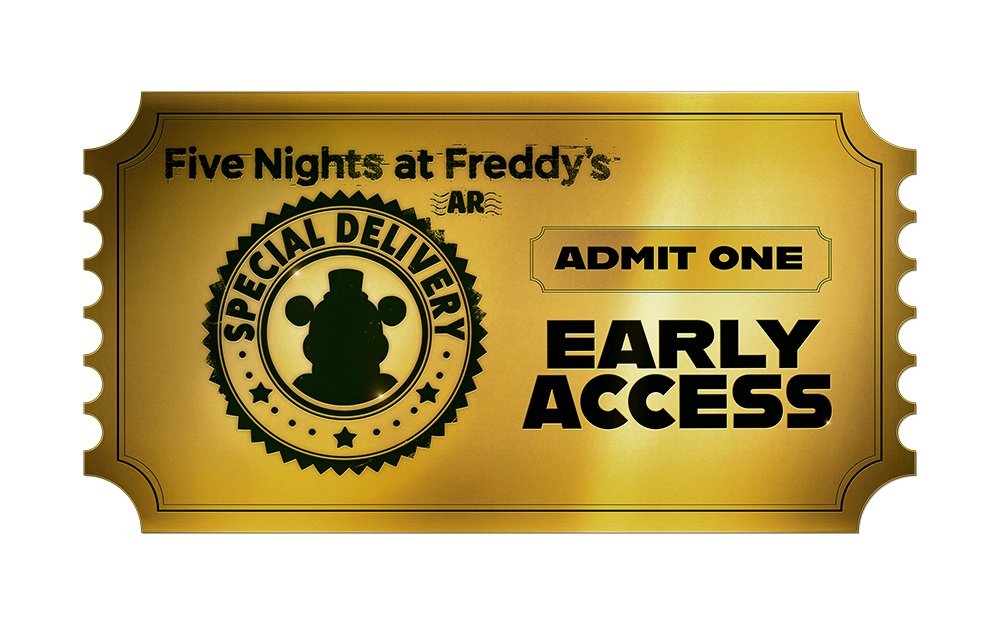 Above: A golden ticket for access to Five Nights at Freddy’s AR: Special Delivery.

The upcoming timed early access period will take place before Thanksgiving 2019 with the official launch to follow.

Early access will be granted in batches on a first-come, first-served basis. Anyone that has registered will have a chance to be granted access.

Illumix has raised approximately $10 million to build augmented reality games, and it has 24 employees. Investors include Maveron and Lightspeed. Scottgames, run by Freddy’s creator Scott Cawthon, licensed Illumix to make the game. Five Nights at Freddy’s debuted in 2014.

In an email, Sinha said, “Part of what is so magical about AR is that the game becomes a part of our real world. Being free-to-play enables us to create a game that is integrated with and reactive to the real world through events, updates, and new content. Since we have been able to design the game from scratch specifically for mobile AR, we had the flexibility to structure the title as the first free-to-play FNAF game and develop a unique AR experience that would be available to everyone without the barrier of a paywall.”