It’s kind of incredible that a Google-made laptop runs a hobbled version of Google Assistant. We’re referring to the Pixelbook Go, which begins shipping on November 15 as a sibling to the original Pixelbook. It’s a performant and sleek machine with an exceptional keyboard and all-day battery life, but there’s little to recommend it on the software side.

When Google Assistant came to Chrome OS alongside the circa-2017 Pixelbook, the assumption was that it would match or best the robustness of Assistant on smartphones, smart displays, and speakers. Nips and tucks continue to arrive two years later, but Google Assistant on Chrome OS is advancing at a snail’s pace relative to its counterparts.

Let’s review a few of the things Assistant can’t do on the Pixelbook Go. It’s unable to book cars through ride-hailing apps like Uber and Lyft. It can’t place calls to landline or mobile numbers. The recently refreshed food ordering experience in Assistant, which collates delivery options in a single view, is missing in action. And the Pixelbook Go doesn’t support Continued Conversation, which listens for follow-up questions after an initial exchange. 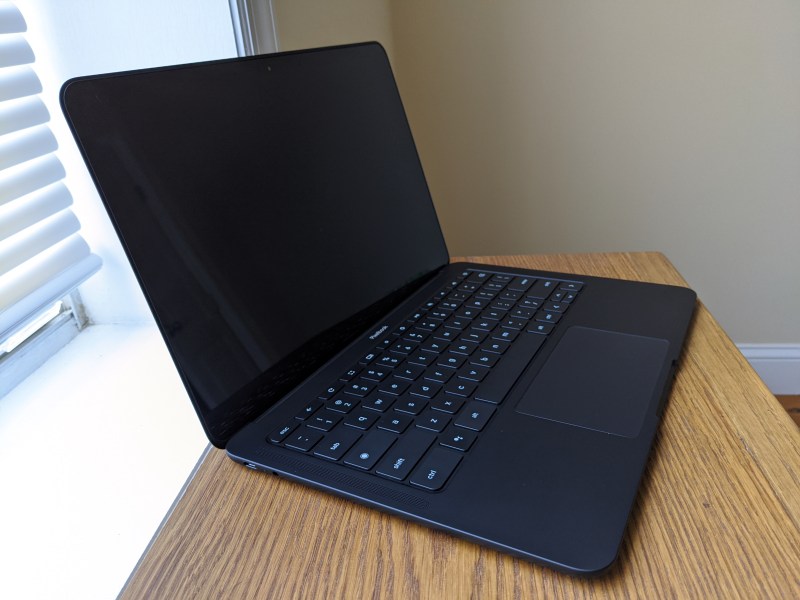 Most disappointing to us is the absence of the next-generation Assistant launching on the Pixel 4 series, which runs offline and processes commands up to 10 times faster than the version it replaces. Perhaps if the Pixelbook Go shipped with that offline language model, it would be less prone to misinterpreting words or hitching while it relayed phrases to the cloud. Even with dual far-field microphones in tow, the Go only semi-reliably picks up commands from feet away in a quiet room.

To be fair, Assistant on Chrome OS has improved a great deal in the year following the Pixelbook Slate, Google’s previous attempt at a premium Chrome OS device. It supports basic timers and reminders in addition to Broadcast, a feature that lets you send messages to Assistant-powered smart speakers and smart displays associated with your Google account. Chrome OS-specific productivity commands like “Create a document” plug directly into Google Docs, Sheets, and Slides on the web. And when you ask Assistant on the Go to show pics and videos uploaded to Google Photos, it presents a grid of results ready to be dragged into a document.

In another sign of progress, Assistant now plays nicely with a range of music streaming services including Spotify, Deezer, Pandora, and NPR One. Queuing up an artist, album, or genre playlist works like a charm with “OK Google, play Prince on TuneIn,” “OK Google, play Stairway to Heaven on Pandora on the bedroom Chromecast,” and other such requests, with Assistant relegating playback to the invoked service’s web app or compatible devices on the same Wi-Fi network.

Assistant isn’t the only slice of Google’s ecosystem that has made its way to Chrome OS. Google tells us that ARC++ (Android Runtime for Chrome), the Android 9 Pie-based compatibility layer that enables apps to run atop Chrome OS, now supports 80% of the top “several hundred” apps available through Google Play.

Games like Asphalt 8: Airborne and Mario Kart Tour run as smooth as glass on the Pixelbook Go, aside from the occasional framerate drop. You can quickly respond to incoming messages from Hangouts and Facebook Messenger from notifications, thanks to support for inline replies. And productivity apps like Microsoft Word and Google Docs launch documents thousands of words long without complaint.

The Google Camera app, which was an unstable mess on Pixel Slate, works without a hitch on the Pixelbook Go. The results are as noisy as expected of a 2MP camera, but selfie portraits come out surprisingly sharp.

All that said, ARC++ remains incredibly rough around the edges. Scaling on the Pixelbook Go tends to be unpredictable, with some apps (like Mario Kart Tour) running in portrait and others (like Messenger) stretching UI elements fullscreen. Android apps don’t automatically resume after a reboot or restart unlike Chrome OS tabs, and alt-tabbing away from an app suspends its window, making it impossible to preview the progress of, say, a file download. 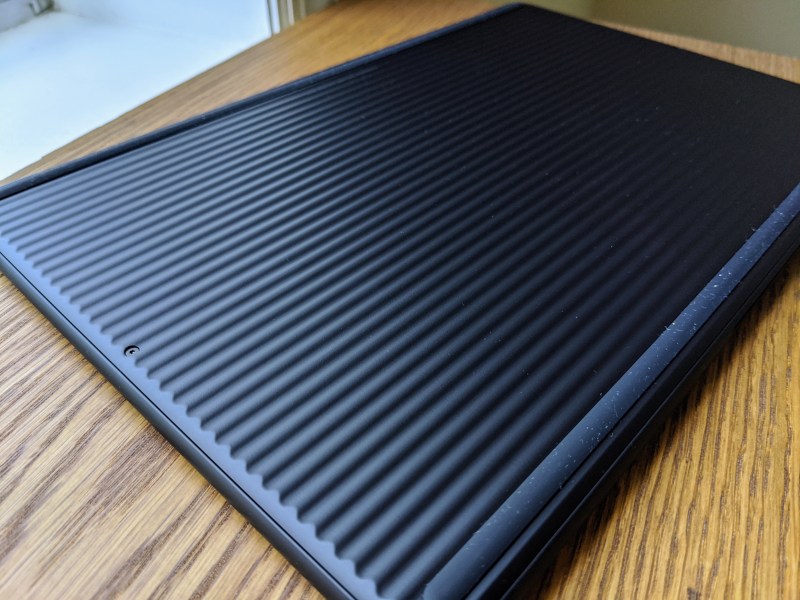 Then there’s the fact that some apps are unusable. KineMaster, one of the most popular freemium video editors on the Play Store, spits out an error message at the sign-in screen. Call of Duty Mobile repeatedly crashes at the main menu. And flickering black bars run the length of the HUD in Roblox.

Setting the software issues aside for a moment, we’d be remiss if we didn’t spotlight the Pixelbook Go’s trackpad, backlit keyboard, and battery life, all of which are excellent.

The keyboard uses scissor switches engineered to cut down on noise (Hush Keys) that excel in the tactile feel department, with travel and resistance akin to that of Google’s stellar Pixel Slate Keyboard. As for the trackpad, it’s plenty capacious at just over 5 inches diagonally. One niggle is lag time between clicks and swipes — the trackpad briefly stops responding post-click. But this appears to be a Chrome OS behavior, so we’re hopeful it will be fixed in a future update. 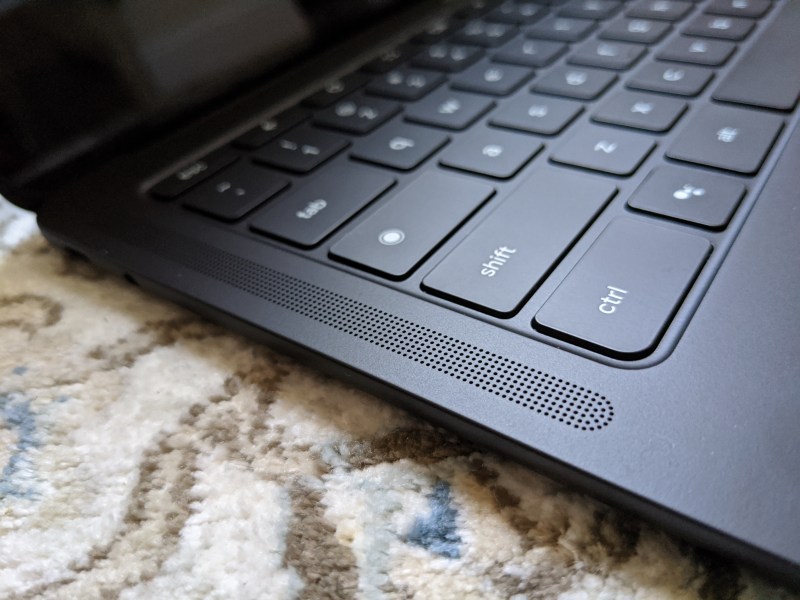 On the battery side of the equation, the Pixelbook Go doesn’t quite deliver a full day of screen-on time — we saw closer to 10-11 hours — but your mileage may vary drastically. We managed to stretch it to 18 hours by tuning down the brightness and switching off Bluetooth.

To recap: The Pixelbook Go’s flavor of Google Assistant is among the least capable anywhere and the Android app experience only slightly improves upon that of the Slate, but the hardware stands out. So where does that leave us? Consider the pricing:

Is $649 reasonable for those specs? Perhaps not considering that the Asus Chromebook Flip more or less matches them at $618, and with a 360-degree hinge. If the Pixelbook Go tangibly moved Chrome OS forward or if it shipped with features exclusive to it, that would be a different story. But it doesn’t, in spite of its enhancements, and that’s why it’s tough to recommend.