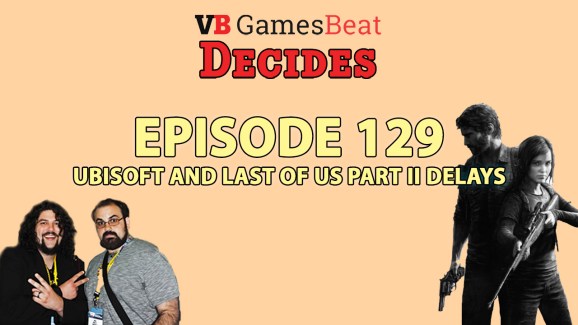 Somehow, October is almost over already. With 2019 barreling toward its demise, the GamesBeat Decides podcast is here to think for you so you can focus on finishing some games. On this week’s episode, reviews editor Mike Minotti talks more about Luigi’s Mansion 3. PC gaming editor Jeff Grubb, meanwhile, gives an update on The Outer Worlds.

And you should check out the special review episode of The Outer Worlds where Jeff and managing editor Jason Wilson provide some in-depth thoughts on the spacefaring role-playing adventure.

In the news, Ubisoft is delaying all of its games. The Last of Us: Part II is now coming out in May. Shroud is also leaving Twitch to join Ninja on Mixer. Conan O’Brien is in Death Stranding. And a bunch of people who don’t play Fallout 76 are mad about Fallout 76 again.

Finally, vagina bones make their big return to the show because they aren’t coming to Japanese version of Tokyo Mirage Sessions #FE on Switch.