Hellblade: Senua’s Sacrifice was my favorite game of 2017. But this tale of a sword-wielding Pict warrior was also a groundbreaking portrayal of mental illness, and its impact is still being measured by the people who created it.

Paul Fletcher, a professor of health neuroscience from Cambridge University, was a consultant on Ninja Theory’s game and he described its impact in a video that was shown at The International Game Summit on Mental Health, a first-time event held recently in Toronto.

I’ve embedded Fletcher’s 22-minute talk in this post. Ninja Theory had a very different kind of heroine in mind with Senua. They enlisted the help of Wellcome Trust, a healthcare company in the United Kingdom that gave Ninja Theory a grant. Their interest was in depicting psychosis, the condition where people see things that aren’t real, accurately through Senua’s adventure. 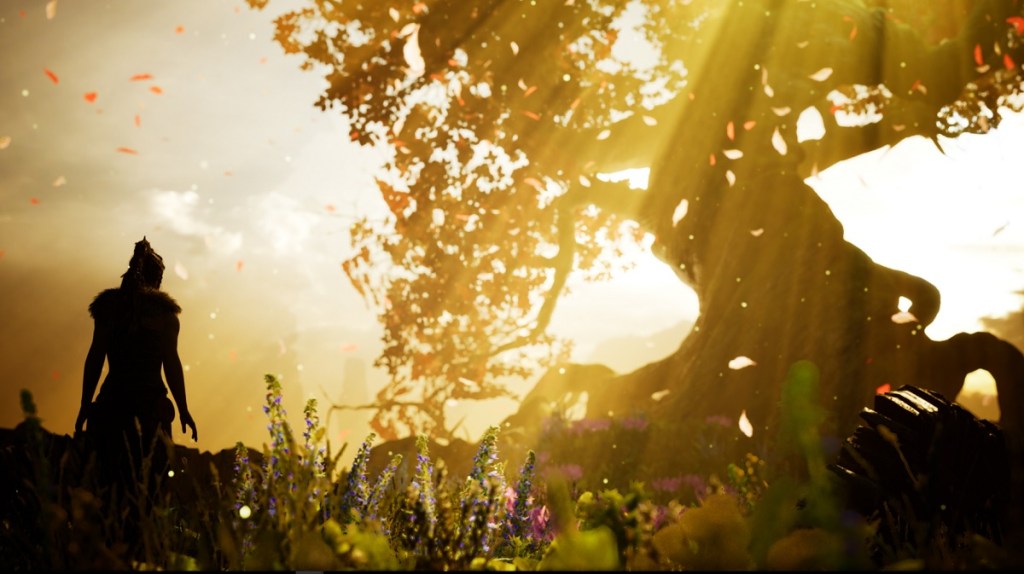 When Ninja Theory’s Dominic Mathews contacted Fletcher, he was wary, as he was mindful that video games haven’t always depicted mentally ill people in an accurate way. (Most mentally ill people in games are homicidal maniacs). But it turned out that the portrayal they had in mind of mental illness was more honest.

Besides talking with Fletcher, Ninja Theory also sought the help of psychosis patients, who described what it was like to live with things like voices in their heads.

“Indeed, for me, one of the most powerful and eye-opening experiences of working on Hellblade — and the ensuing public response to it — was just what a phenomenal role a game experience can play in representing mental distress and allowing it to be communicated to others,” said Fletcher in a conversation with TIGS organizer Mark Chandler. “So many people sent messages to the Ninja Theory team and to me commenting how they now had a physical, tangible slice of altered reality that they could share with people that they were desperate to communicate with. I’d love to devote some time to that discussion and to considering ways in which some sort of experiential repository might be created to aid communications and battle isolation. Perhaps this is fanciful but it could perhaps supplement an online discussion resource (anonymous or otherwise).”

The result was an astonishing game. In it, Senua embarks on a journey in the 8th century after Vikings raided her village and killed her love. She hopes to redeem the soul of Dillion by going to the Norse version of hell, Hellheim, to confront the underworld goddess, Hela. She is plagued by her own inner darkness, and in the game it manifests as externally focused visions. She must battle these phantasms to the continue her quest.

The representation of her mental illness is told through flashbacks and her conversations with a possibly imaginary companion, Fletcher said. It’s interwoven into the game’s environment through a cacophony of voices in Senua’s head, some distant and some close. You never really know whether the visions she sees are real, but you definitely learn what it’s like to see things from Senua’s perspective.

In that way, the game creates empathy for those with psychosis. Senua was a person, and “not a two-dimensional shell of mental illness,” Fletcher said. The game won a lot of awards, but as we learned from Fletcher, it also changed a lot of lives, as players with mental illness who played the game or knew people with mental illness contacted the company by the hundreds to tell the company what it meant to experience such a realistic portrayal of the illness.

“There was a real sense that something important had been achieved, irrespective of its commercial success,” Fletcher.

One of the notes that came in from the public said, “Thank you, @NinjaTheory, for Hellblade: Senua’s Sacrifice. It saved my son’s life. After playing it through, he asked to go to the hospital for help. He couldn’t take everything he’d been dealing with & had a plan to kill himself. The game changed his plan. Thank you.”

I encourage you to watch the ending of the video, when the song begins. It’s wonderful to see the impact that the game generated.