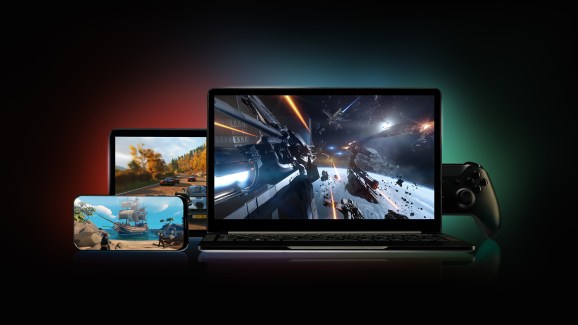 Blade has raised $33 million in venture capital as the Paris-based company continues to expand its Shadow cloud gaming service.

Founded four years ago, the Paris-based startup created Shadow to allow users to play and stream games across any computer, tablet, or TV.

With the latest funding, the company has set a goal of reaching 1 million subscribers, though it currently has just 65,000. To begin accelerating that growth, the company announced new monthly pricing plans that more than cut the basic subscription in half to $14.50.

Blade introduced the service in the U.S. last year and opened an office in Mountain View. It has also raised money from Charter Communications.

In one sense, Blade’s timing it right on. While the concept of cloud gaming has been around for some time, the arrival of edge computing and 5G networks are driving a new round of hype as carriers believe it’s the kind of service that could entice greater use of these hyper-fast networks.

But by the same measure, other competitors are rushing into the field, including many giants. Google announced its Stadia cloud streaming game service this year. Reports state Amazon is developing a game streaming service. And Microsoft announced its Project xCloud cloud gaming service last summer.

The price cut for Shadow reflects that growing competition. For the next 50,000 subscribers, Shadow now offers three packages:

And to remain competitive, Blade is rolling out new interfaces for TV and mobile and will be launching an extension for virtual reality systems.

“We were the first to show that cloud gaming works,” said Emmanuel Freund, co-fondateur de Shadow, said in a statement. “Others have followed us. Now its up to us to show that we remain pioneers, innovators, in terms of the technology, and proud to show the values of a French startup to the world.”

Investor Serena Capital led the previous funding round. The company has now raised a total of $104 million in venture capital.