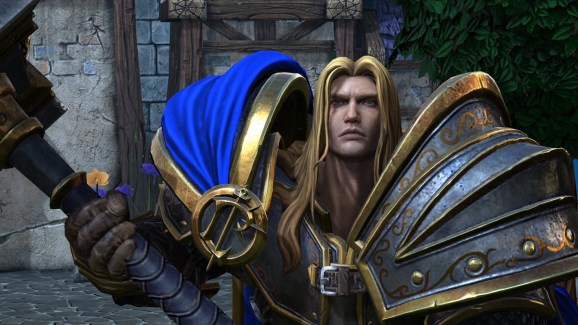 Arthas started as a hero in Warcraft III.

Blizzard Entertainment announced today that the multiplayer beta for Warcraft III: Reforged is starting this week, with the first invitations going out today.

Reforged is a remake of the classic real-time strategy game. The original Warcraft III came out in 2002 and became a big hit for Blizzard, earning fans and praise for its story-rich campaign, strategic multiplayer, and modding community (the original MOBA, Defense of the Ancients, was a mod for Warcraft III).

The beta for Reforged will give players access to two of the four playable factions: Horde and Alliance. The Night Elves and Undead will come in “the weeks ahead.” Players will be able to compete in one-on-one or two-vs.-two matches.

Invites are going out to those who bought the special edition of Reforged, the Spoils of War Edition, first. Invites will go out to others, including those who have bought the standard edition of the game.