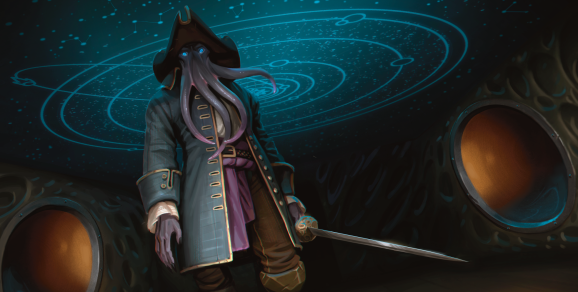 Captain N'ghathrod is my favorite mind flayer. He's a pirate captain of a spaceship!

Wizards of the Coast has been ramping up its Dungeons & Dragons video game projects. In addition to the exciting reveal of Baldur’s Gate III earlier this year, Wizards and Ludia Entertainment also released Warriors of Waterdeep on mobile, and D&D has an ongoing presence with the PC/console game MMORPG Neverwinter and the nurturing of Beamdog’s enhanced editions of classic D&D games, which just came to consoles.

It also announced an unnamed D&D project in March from Tuque Games — and now, Wizards of the Coast is acquiring that Montreal studio. The company did not disclose the terms of the deal. Tuque is making a triple-A D&D game for Wizards, but the company isn’t saying anything more about it. Tuque has over 55 employees and has shipped one title, the Perfect World-published Livelock, in 2016.

And Livelock is what makes the deal interesting, at least to me.

Livelock is an action-RPG — some labeled it as “Diablo but with guns.” It’s set in a postapocalyptic world. Gaming hasn’t had a good loot-driven D&D experience since the two Baldur’s Gate: Dark Alliance console games during the PS2/Xbox years (the last was in 2004). I’m curious if Wizards picked Tuque for its experience with making an action-RPG, but the company didn’t have anything to say about this.

Jeff Hattem founded Tuque in 2012. He used to work at Behavior Interactive (a studio with a great deal of experience in developing licensed games) and Ubisoft. Wizards confirms he’ll remain in charge of the studio, and Tuque will work with the core D&D design team and Wizards’ in-house game studio on this project.