The battle royale genre has become crowded over the last few years with hits like Fortnite and PlayerUnknown’s Battlegrounds (PUBG). But indie studio Proletariat thinks its new action-packed multiplayer game, Spellbreak, has a good chance of standing out.

While most other battle royale games focus on shooting people with guns, Spellbreak is firmly rooted in a medieval fantasy setting. Players take control of magic users known as battlemages, and they can customize their powerful arsenal of spells and even combine them for more devastating effects.

“The early idea behind Spellbreak was looking at games like H1Z1 — this was before PUBG had launched — and thinking that H1Z1 was really a competitive roguelike for people that didn’t play roguelikes,” said Proletariat CEO Seth Sivak. “And so we thought, ‘Could we do a cool, interesting fantasy version of that and make it into something awesome?’

“We did two different concepts for the game over the course of six to nine months. And we ended up moving into pre-production by just smashing those prototypes and concepts together.”

The result is a frantic battle system where players have to dodge walls of flame, gigantic boulders, poisonous mists, and other elemental-based attacks. Luckily, battlemages can move swiftly through the map, with some abilities allowing them to briefly hover or jump long distances. As a result, online matches are typically shorter than Spellbreak’s military-themed competition, coming to around 15 minutes. 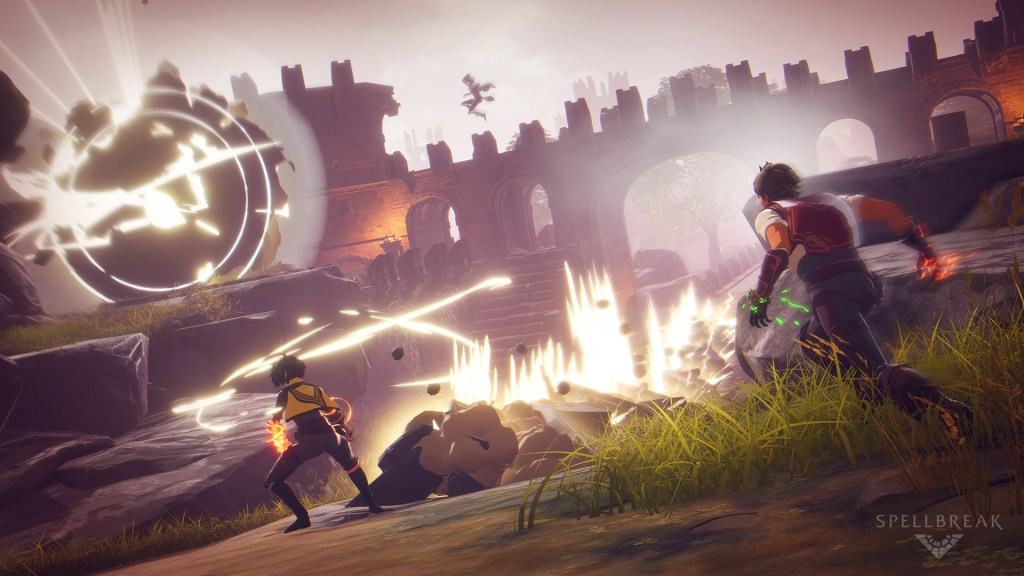 When Proletariat set out to make its own version of battle royale, it didn’t want the game to simply substitute guns with magical powers. It was important to make sure that Spellbreak felt different to play as well. At first, the developers thought that meant having melee combat with swords and shields. But they quickly found that casting spells was much more enjoyable, and decided to go all-in on that aspect of the game.

“Spellbreak is definitely not subtle, and that’s part of the fun. It’s meant to be very bombastic in terms of the core combat. It’s just meant to make you feel like the ultimate battlemage,” said Sivak.

One of the key things that makes Spellbreak so unique for the genre is its gauntlet system. Each player can equip up to two magical gauntlets and use them to summon various spells. But this also means you can create your own spell combos. For example, with the fire and poison gauntlets, you can launch a Toxic Cloud spell and then ignite it with flames to create a fiery green explosion (called Dragonfire).

Spellbreak also takes a cue from multiplayer online battle arena (MOBA) games with its item and leveling progression. Designated safe zones in the map allow you to level up during a match, unlocking new skills and abilities. You can also equip items (or pick them up from fallen foes) like belts and boots to increase your stats. Thus, the longer you survive, the more powerful you become. 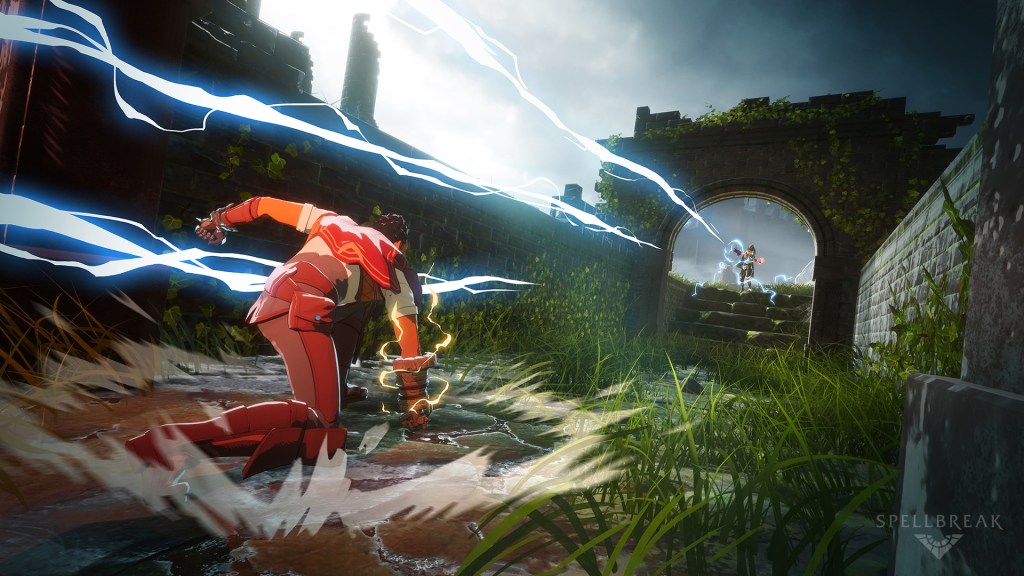 A game that can last for years

While Proletariat feels satisfied with the direction Spellbreak is heading in, it’s still trying to nail down the finer details of the game — those that will help give it legs for years to come. The studio collected feedback from players during the game’s alpha tests, and it’s continuing to do so with Spellbreak’s closed beta. In a short amount of time, Spellbreak has managed to attract a very active community across its Discord server and social media channels.

“It’s been really helpful to do these closed tests because players are really excited and just really passionate about the game,” said Sivak.

Intel has also been a crucial partner for the Boston-based team. Sivak said the company has been “really supportive” when it comes to improving Spellbreak’s technical performance, which can make or break an action game. Proletariat spoke with Intel engineers about what it could do to make sure the game runs at a solid framerate across different types of PCs (30 FPS on the lower-end to 60 FPS on higher-end machines).

But getting Spellbreak ready for its launch date in 2020 will just be the beginning. In addition to creating new modes, classes, and gauntlet types, the developers (many of whom have experience working on massively multiplayer online games) want to tell more stories within the game.

They’re still brainstorming what forms that narrative will take. But Proletariat wants to use these stories to help evolve Spellbreak’s world, and to keep it feeling fresh and interesting long after launch.

“We’ve been trying to be very methodical in how we think about preparing for the future and preparing for ongoing content generation that is meaningful and exciting for players. But also what’s reasonable for us to do as developers, what’s possible for us to do in a way that’s sustainable for a long time,” said Sivak.

Spellbreak’s closed beta is now available on PC via the Epic Games Store.