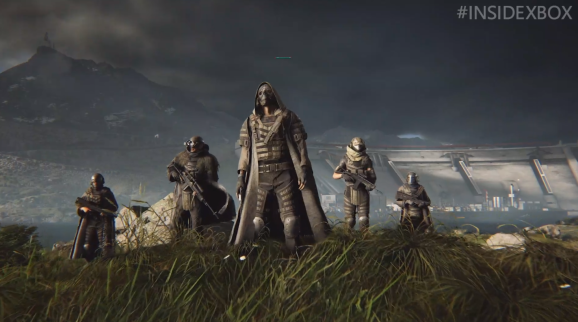 Ubisoft is having a rough financial year. As the company warned last week, Ghost Recon: Breakpoint was a “disaster.” And now the publisher is reporting that its sales for the first half of its fiscal year were down 9.1% year-over-year to 697.5 million euros ($775.6 million).

Now, Ubisoft wants to regroup for the next-gen consoles.

The French publisher did have some bright spots, though, thanks to its impressive back catalog. Assassin’s Creed: Odyssey still has high engagement. Rainbow Six: Siege is more popular than ever. And its PC business continues to grow.

Ubisoft chief executive Yves Guillemot emphasized the positives in a statement to investors. But he also reiterated the need to delay games to ensure every release is as strong as possible.

“Our second-quarter performance demonstrates the solidity of our back catalog, which was fueled by the strong momentum of many of our titles,” said Guillemot. “[But] as illustrated by our announcement last week, we are continuing to take decisions in the interests of Ubisoft’s long-term future. It is as a result of this approach that we’ve been able to significantly and successfully transform our business model in recent years and create major shareholder value.”

Ubisoft is regrouping until the next-gen consoles

Ubisoft’s “decisions” include delaying almost all of its games. It now plans to release five blockbuster products next fiscal year. That means five games between April 2020 and March 2021.

The company will then have another three-to-four blockbusters for the following fiscal year. That period runs from April 2021 to March 2022.

So from the 2.25-year period from late 2020 through early 2022, players should expect a lot of Ubisoft launches. Those likely include a new Assassin’s Creed and Far Cry. It should also turn up known quantities like Gods & Monsters, Rainbow Six: Quarantine, and Watch Dogs: Legion. Maybe we’ll even get Beyond Good and Evil 2.

But it’s not just about new major releases on console and PC.

“Ubisoft’s prospects are particularly promising,” said Guillemot. “Our numerous growth vectors going forward include the arrival of the next generation of consoles, the opening up of the Asian market, and our partnership with Tencent for launching our franchises on mobile. All of these are strong value creation drivers for the medium term.”

The company has a strategy to get back on track. And no one can deny that Guillemot is optimistic.

“Thanks to a very robust balance sheet, an unrivaled production capacity, development teams that are among the best in the industry, and a widely recognized ability to adapt and grow, we are looking forward to the future with confidence.”