Four years ago, I reviewed the Xbox Elite Controller. I called it the best gamepad that I’ve ever used, and it maintained that title … until now. Microsoft is following up the Elite with the Xbox Elite Wireless Controller Series 2, and it is taking up the torch from its predecessor.

On November 4, Microsoft will begin shipping the Xbox Elite Wireless Controller Series 2 for $180. The expensive device looks and feels premium and is packing pro customization features.

I love it. You will love it. You probably don’t need it. But if you are someone who plays a lot of controller games on Xbox or PC, the Series 2 is definitely worth it. Here’s why.

The Elite Series 2 is similar to the original, and that means it feels great in your hands. It has heft to it, but it isn’t actually heavy or bulky. The buttons are responsive and pop back into your finger. And the analog sticks are smooth and consistent.

After years with the Elite and now with the Elite 2, I’m still in love with so much. Every button is begging for you to press them. The bumpers, a trouble spot on some early versions of the Xbox One gamepad, feel wonderful to press. And I break out the Elite 2 for retro games because its D-pad is everything I want from a controller.

But Microsoft has made some key improvements for the Elite 2. You can adjust the tension in the analog sticks, which works well. It has three settings that you select using a tool that slots away in the carrying case. The Elite 2 also has a wraparound rubberized grip and an even shorter actuation for the trigger buttons.

I’ve found that the back-side paddle buttons (which you can use in place of the face buttons) feel better than ever. They give a satisfying, chunky click when you press them. But they also stay out of the way when you aren’t using the controller. I always felt like I had to deactivate the paddles before setting original Elite down to avoid accidental presses. Those false presses don’t happen with the Series 2.

Microsoft even built in a profile switcher. You can set your customized settings to one of three profiles and then swap between them with the press of a button.

The Xbox designers obviously thought through everything for the Elite 2 and made upgrades wherever possible. 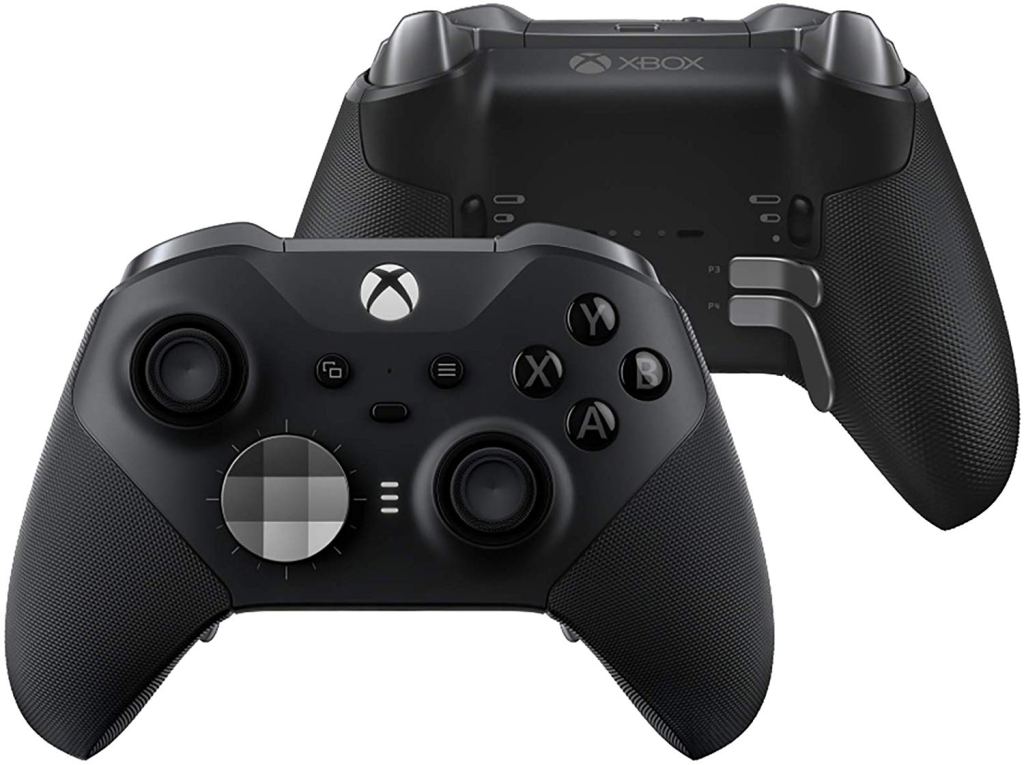 Above: For $180, it better look this expensive.

The improvements extend to new features as well. Microsoft added Bluetooth, so now you can use the Elite 2 with Bluetooth-capable PCs, smartphones, and tablets. It also has a rechargeable battery where the original used regular double-As.

The battery can withstand multiple lengthy gaming sessions, but Microsoft also turned the carrying case into a charging stand. So as long as you put the controller away properly, it should always have plenty of juice.

The only issue I have with the Elite 2 is that the rubber on the handle grips feel a bit too slippery. They still grip, but not quite as much as I want. It’s a minor problem, and one that may go away as I break in the Elite 2

I love the Elite Series 2. It only has one rival, and that’s the original Xbox Elite controller. But this followup has more than enough improvements and smart new features to put it ahead.

The only reasons not to get one is if you own the first Elite or would never spend $180 on a controller. And hey, I get it. But if you buy every video game you want, maybe tell Santa to pick this up for you.

If you do own the original, however, you don’t need to upgrade. The Elite 2 is unquestionably better, but it’s not so improved that it makes your current gamepad obsolete.

For everyone else, just get one. It can be the controller you take with you to a friend’s house for a game night. Be like the guy who brings his own pool cue to the billiards hall. Treat the Elite 2 well, and it’ll last you for years. And you’ll probably never come across a better controller until all that time … or Elite Series 3.

Xbox Elite Wireless Controller Series 2 is available November 4 for $180. Microsoft provided a sample unit to GamesBeat for the purpose of this review.