In the Blizzard Arcade section of the fan event in Anaheim, California, Blizzard has set up machines for fans to play against the AI system.

This battle is likely to be fruitless for BlizzCon fans. The AI is reportedly better than 99.8% of StarCraft 2 players. A decade ago, this would have been a funny joke. But this means it can probably beat me, which is not such a difficult task.

“And just a quick note that if you try this. You will not win,” Brack said about playing the diamond-tier bots (those are some of the hardest). “Three of you will win. I won’t win.” 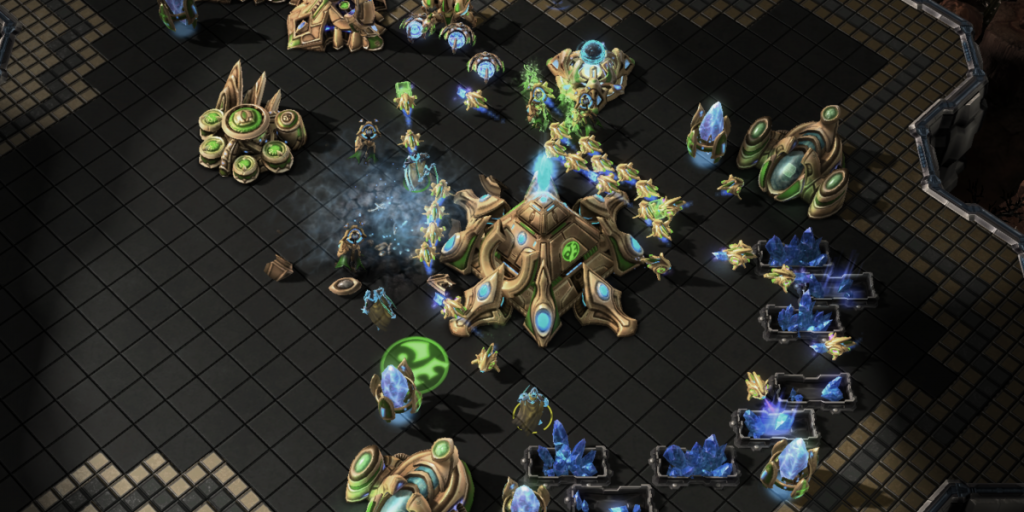 Above: A screenshot of match play involving DeepMind’s AlphaStar Final.

As VentureBeat’s Kyle Wiggers reportred, Alphabet (the parent company of Google), has said that AlphaStar has earned the level of GrandMaster, a spot among the top 200 StarCraft players, for all of the StarCraft 2 player races: Protoss, Terran, and Zerg. In a typical match, players control hundreds of different units on a battlefield in a quest for military victory.

AlphaStar beat top player Grzegorz “MaNa” Komincz and teammate Dario “TLO” Wünsch in a series of 10 matches. DeepMind says the new version of AlphaStar can play a full StarCraft 2 match under “professionally approved” conditions, with limits on the frequency of its actions and by viewing the world through a game camera.

Over time, this AI technology will be useful beyond games. DeepMind is involved in health-related AI projects such as forecasting kidney failure and signs of blindness. It is also working on AlphaFold, an AI system that can predict complicated protein structures.