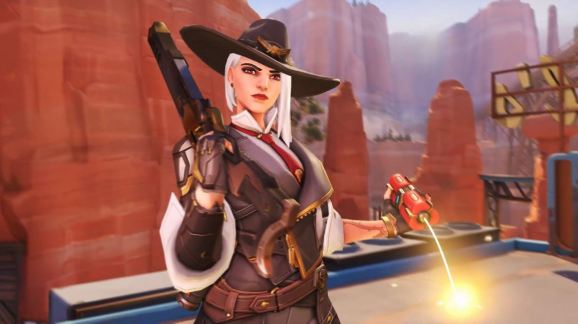 Blizzard is making an Overwatch 2, but where does that leave the original game? At BlizzCon 2019 today in Anaheim, California, the publisher revealed that it wants to keep Overwatch up-to-date and fully compatible with its successor.

“Sequels make us nervous,” Overwatch director Jeff Kaplan said. “So what we’re hoping to do is redefine what a sequel means.”

Kaplan confirmed that the original Overwatch will get all of the same maps as Overwatch 2. This means that if you only own the original, you can still play the multiplayer matches with people who own the sequel.

But what about the new heroes? Well, Blizzard said those are also going to come to both Overwatch and Overwatch 2.

“It will be a shared multiplayer environment where no one gets left behind,” said Kaplan. “We also want to make sure that all Overwatch cosmetics come forward with you into Overwatch 2. All your progress matters. Nothing is getting left behind.”

The Overwatch director said that the company has worked hard to build a massive community for the game. So it doesn’t want to do anything that would split the community.

So if Overwatch is getting all of Overwatch 2’s competitive multiplayer content, what is special about the sequel? You can read more about that in our story right here. But the short answer is that it has a full narrative experience with a focus on cooperative missions.