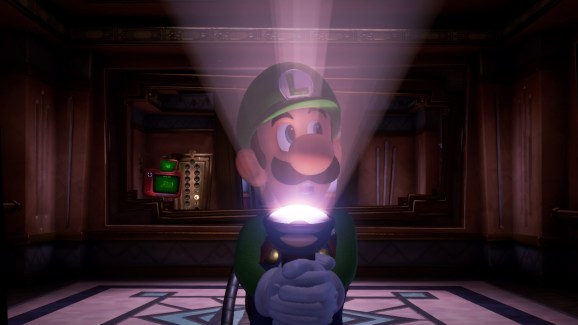 Luigi's Mansion 3 is popular, and that probably also frightens Luigi.

Luigi’s Mansions 3 sales surpassed all other Nintendo games in the U.K. for 2019 during their launch week, according to industry-tracking groups GfK and UKIE (via Gamesindustry.biz).Yes, Luigi outsold both The Legend of Zelda: Link’s Awakening and Super Mario Maker 2. Here’s the full top 10 for physical sales in the U.K. over the last week:

While Luigi’s Mansion 3 comes up behind Call of Duty: Modern Warfare, Nintendo’s ghost-vacuuming adventure is still a hit. Its physical launch sales were up 140% over 2013’s Luigi’s Mansion: Dark Moon for the 3DS. Dark Moon went on to sell 5.5 million copies worldwide.

So not only is Luigi’s Mansion 3 having the best debut for a Nintendo game this year, it’s also the fastest-selling game in the series. And it continues to show the strength of Nintendo properties — especially as the company’s hardware is flying off shelves.

And it’s not like Nintendo has nothing left to look forward to this year — or even this month. Pokémon Sword and Shield launch November 15 on Switch. This is the first all-new generation of pocket monster games to appear on the system. Last year’s Let’s Go, Pikachu and Let’s Go, Eevee were updated versions of 1998’s Pokémon Yellow for the Game Boy.

Outside of Nintendo’s big new release, Call of Duty: Modern Warfare still topped the chart. Its sales were down only 49% from its debut week, which suggests it has a lot of ongoing momentum.

The Outer Worlds, which also debuted last week, came in at No. 5. Its sales were down 60%. The Obsidian role-playing adventure has gained a lot of positive critical and word-of-mouth buzz, and that’s paying off.

On the other end of that spectrum, however, 2K’s WWE 2K20 wrestling sim dropped from No. 3 on its launch week to No. 14 a week later. Its sales collapsed 81% week-over-week, according to UKIE and GfK. The game has a number of serious issues, and many of its glitches turned into viral memes. And it seems likely that the harsh reaction has hurt its performance at U.K. retailers.

In other tidbits from the chart, sales for the PlayStation 4 remake of Medievil were down 64% from launch week. That moved it from No. 5 to No. 10. Plants vs. Zombies: Battle for Neighborville is doing more than hanging on the chart at No. 7. EA’s shooter had its best sales week yet in the U.K. Ring Fit Adventure, Nintendo’s new exercise game, saw sales jump from week one to week two. Now, in its third week, sales were down merely 21%. That’s stamina.

In the final piece of data from the UKIE and GfK, Disney Classic Games: Aladdin and The Lion King also debuted last week. And the classic 16-bit combo pack of platformers landed at No. 12 on the overall chart. That’s a strong performance for some repackaged retro games.

But this is yet another example of just how thirsty Nintendo Switch owners are for content. Disney Classic Games sold significantly better on Switch than on PlayStation 4 or Xbox One. According to UKIE and GfK, 48% of the game’s physical sales were on Switch. PS4 and Xbox One accounted for 38% and 14% of sales, respectively.

While Switch is underpowered compared to Xbox One and PlayStation 4, that doesn’t hurt it with many indie games or something like a retro bundle. And when all things are even, most people seem to prefer playing games on Nintendo’s home/handheld hybrid.