Tumblr has partnered with Medal.tv to highlight 15-second gameplay videos in an attempt to foster a growing gaming audience.

It’s one more example of how gamers are emerging as a big audience on a social media platform, even though the platform didn’t start out targeting game players.

As of September, Tumblr has seen more than 246 million engagements with gaming tags on its platform this year. And since it launched gaming.tumblr.com in October, it has seen 27% month-over-month growth for the gaming hub. Tumblr has done this with a team headed by two women — Tatiana Simonian, head of partnerships at Tumblr, and Siena Nahl, head of gaming and esports partnerships.

“Our team handles organic partnerships within the media and entertainment industry in the verticals of TV, film, music, fashion, art, culture, and now gaming and esports,” said Simonian, in an interview with GamesBeat. “We launched this vertical last year. And it was the result of seeing an increase of engagement and activity on the platform around the category of gaming and a way that we weren’t seeing anywhere else.” 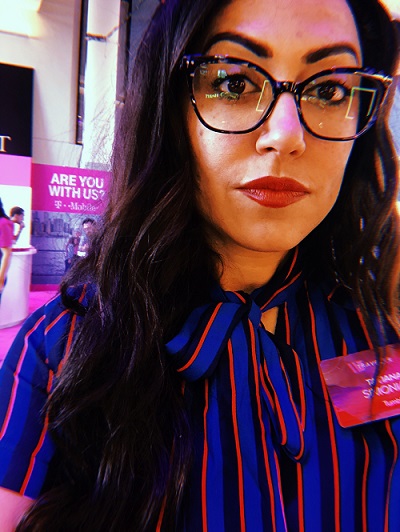 Above: Tatiana Simonian, head of partnerships at Tumblr.

But instead of streaming their exploits as they do on platforms like Twitch or YouTube, the Tumblr audience does something different. They create memes or fan fiction around characters and gameplay explanations.

“It was unique and really active,” Simonian said. “The data was so strong that I made the case to our top leaders that we should have a dedicated headcount against gaming and esports partnerships. And that’s what led me to Siena.”

“She is a gamer and she had worked in influencer marketing with some of the top gamers, including Ninja and others,” Simonian said. “And I knew that combined with her background in performance marketing, she would know how to authentically go and reach out to this community.” 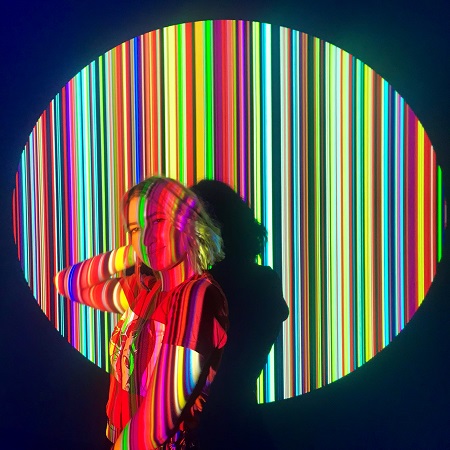 Above: Siena Nahl is head of gaming and esports partnerships at Tumblr.

Along with creating Tumblr’s official gaming channel from the ground up, Nahl has also collaborated alongside brands like CD Projekt Red, Critical Role, and Skybound Games. She has also created a hub for Tumblr’s large indie game community through the use of weekly Indie Game Spotlights, an editorial post that consists of an interview with indie game developers such as the creators of Untitled Goose Game and Celeste.

“We’re seeing visual novel games being at the front and center or indie games,” Nahl said.

Prior to joining Tumblr, Nahl helped champion an influencer marketing program at MoreYellow were she worked alongside top gaming streamers such as Ninja, thedenverguy, and Bricky in the beginning days of the Fortnite madness. 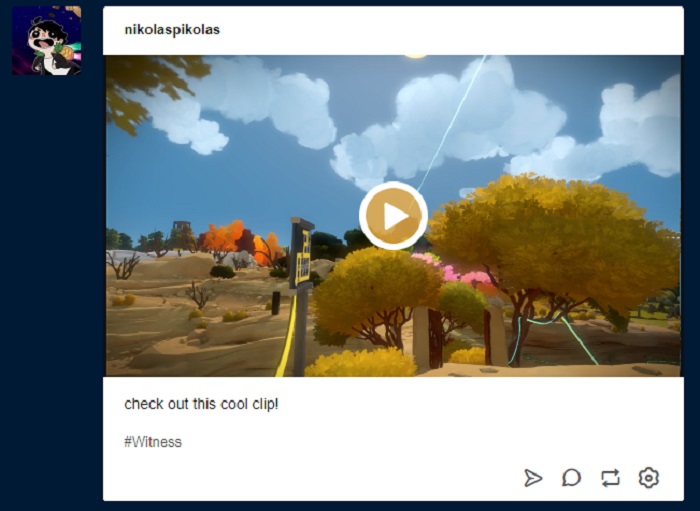 Using Medal.tv on Tumblr is as easy as downloading the PC app, clipping your favorite gameplay moments and clicking the “Share on Tumblr” button. You can see some examples on the links here and here.

“You can take any 15 seconds of your gameplay, clip it, and then you can share that automatically to Medal,” Nahl said in an interview. ”

The audience is pretty evenly split 50-50 for men and women. Content related to LGBTQ or diversity is also quite popular.

In addition to big titles like Fortnite and PlayerUnknown’s Battlegrounds (PUBG), Tumblr’s communities are obsessed with indie hits like Untitled Goose Game and mobile rom-drama Choices. Games such as Fire Emblem and Minecraft are also popular.

“We’re hoping to see our numbers grow more,” Simonian said. “Once we add more ways to kind of hashtag your content, we’re expecting that number to grow even larger.”

And instead of gaining engagement in real-time, a lot of the content on Tumblr cooks over time. A third of the engagement comes after the first 30 days, Simonian said.

“We are much more of a long tail platform. One of the most amazing things about Tumblr is that since its genesis, we have always been about the expression and discovery on the platform versus your personal identity,” Simonian said. “Meaning we don’t show how many followers you have. So a lot of that same speaking culture that you see on other platforms is less than what you see on Tumblr. And we have much more of a sharing economy that’s based around the idea of you share something, someone read blogs and adds their own commentary to it and it creates this rabbit-hole effect.”