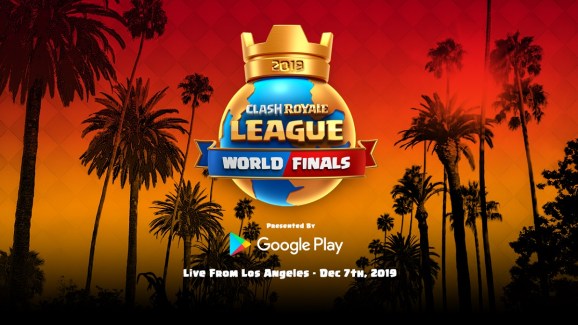 Presented by Google Play for the second year in a row, the CRL World Finals will bring together the league’s top six teams from around the world, which will compete for a $400,000 prize pool.

“We were so humbled by the response to last year’s inaugural CRL World Finals, so we’re overjoyed to bring Worlds stateside for another thrilling competition,” said Clash Royale League commissioner Chris Cho in a statement. “We’ve been working hard since last year’s event to make this an even better experience for the Clash Royale community. We can’t wait to see what the world’s top players have in store for both us and fans as they showcase their talents on one of Los Angeles’ most legendary stages.”

What started as an annual amateur individual competition in 2017 evolved into the world’s largest mobile esports competition, Supercell said.

For fans interested in attending the event in person, tickets are now available here for $20.

Helsinki-based Supercell was founded in 2010, and it has brought five games to the market: Hay Day, Clash of Clans, Boom Beach, Clash Royale, and Brawl Stars. Those games have generated billions of dollars in revenue for the company.