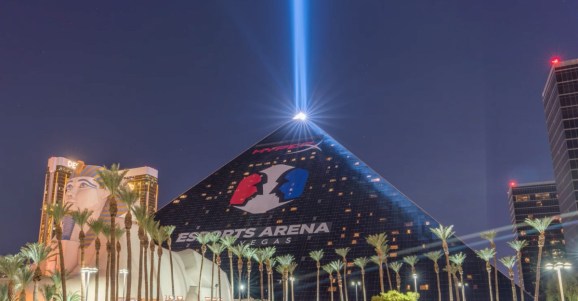 Sporting events, concerts, and other entertainment experiences have historically played an integral role in driving local economic activity. But they haven’t necessarily driven “outside” money, which is the real driver of economic impact.

Sure, these types of traditional experiences kickstart cash flow, but it typically takes a massive musical act like Metallica or a professional playoff experience like the World Series to draw outside crowds — except for flagship cities like New York and Los Angeles. While local and regional events do play an integral role in stimulating cash flow and overall community building, they just don’t necessarily have the capability to bring in out-of-towners.

But the global phenomenon known as esports has the ability to revolutionize the local tourism industry, especially if cities can develop proprietary strategies around the local, regional, national, and international opportunities. It also stands to stimulate local economies by attracting businesses.

Global revenues for the esports industry will top $1 billion in 2019, with prize pools for tournaments exceeding $34 million. And the revenues from this global phenomenon are starting to trickle down to local communities. The reason for this is the passion of the esports community, which is proving to be a differentiator when compared to traditional entertainment experiences.

One big reason for this dedication is that esports grew up over the internet, leading to a decentralized movement that defies the locally-based norms of conventional sports. This trend is continuing to be reflected through decisions by the Overwatch League, which had 20 franchises competing in its season theoretically across the U.S., Canada, China, Europe, and South Korea. And while teams are currently based in Los Angeles, OWL teams are supposed build a network of stadiums with teams traveling between locations for the regular season.

Esports fans will travel longer distances to attend tournaments and events, especially when it comes to globetrotting blockbuster title events like the recent Overwatch League Grand Finals in San Francisco, or The Rainbow 6 Major in Raleigh, both of which drew thousands of people. And most importantly, for local economies, the tournaments attracted players and attendees from all over the country and world.

The metrics that drive economic impact

Even for local communities that are just getting their feet wet in the industry, inaugural esports events are already exceeding expectations and surpassing traditional sporting events, concerts and other entertainment categories. When broken down, the main reason for this stems back to one metric: out-of-market attendance.

Attendance starts with the delineation between local, day-trip, and overnighter. And based on calculations through Tourism Economics, a division of Oxford Economics that works with over 150 U.S. cities to set up Direct Impact Calculators, economic impact rises when the percentage of day-trip and overnighter attendees increases.

The passionate global communities associated with the esports industry is already proving to drive overnight event attendees, with some events reporting as much as 70% of ticket sales going to out-of-market fans. Comparatively, concerts and sporting events are more often localized and sometimes regionalized, mainly just driving local and day-trip attendance which doesn’t really have a significant effect on economic impact. So, for tourism boards trying to drive direct economic impact, securing events that bring more out-of-market visitors (vs. locals and day-trippers) will generate more impactful lodging, food and beverage revenues that generate tax revenues and greatly stimulate the economy. Esports is also asserting itself as a prime option for Opportunity Zone investments.

And esports doesn’t just present an opportunity for massive international events; there are also large national championship and qualifier events, medium-sized regional events and even smaller local events that can grow and sustain a well rounded, healthy ecosystem that caters to all ends of the esports spectrum. This sort of 360-approach to embracing the gaming communities is the best way for a destination to form a true esports hub. This will result in consistent brand sponsorships, as well as incentivize brands to put more long-term stakes in the ground through solidifying offices in an esports hotbed.

Esports is undoubtedly a global phenomenon, but local communities still stand to benefit greatly if they can identify and promote their greatest assets, be that host facilities, willing sponsors and/ or unique benefits for hosting these events.  And with economic reports already proving the passionate esports community has the power to drive exponentially higher impact when compared to traditional entertainment categories, local tourism boards are already exploring options and getting involved. But as more and more cities hop on the trend, waiting to identify those benefits and build a custom strategy could result in their city being passed-over and forgotten.

Ed Tomasi is the Managing Director of Esports at creative content company Big Block and co-founder of its media platform Subnation, which celebrates the culture and lifestyle of gaming.