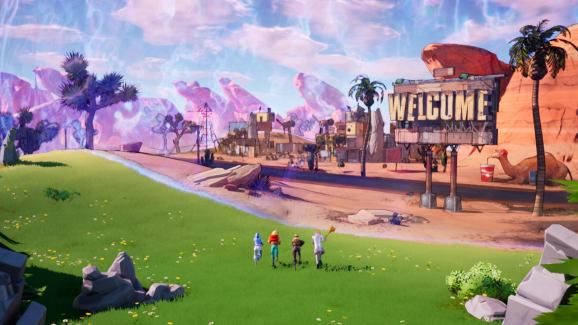 Fortnite and Borderlands 3 were among the top-performing games of Q3.

The U.S. gaming industry generated $9.18 billion in the third quarter of 2019, according to industry-tracking firm The NPD Group and its most recent report. That’s up 1% year-over-year. The revenue is coming from a number of familiar high-performing games as well as additional digital sources. So even as the industry deals with constant disruption, it is still maintaining much of the PlayStation 4’s and Xbox One’s momentum.

But as the Xbox One and PlayStation 4 generation comes to a close, hardware offset a lot of the gains. Accessories, physical console software, and digital PC were also drags on the market.

“Thanks to growth in video game content spending across mobile and subscription services, the U.S. video game market has continued to grow,” NPD analyst Mat Piscatella said. “[This is] despite cyclical challenges and tough comparable sales from last year.”

The PlayStation 5 and next Xbox are launching next holiday. Despite that oncoming next-gen shift, total U.S. game sales are still up 1% year-to-date to $27.9 billion. That is not normal. In the past, the anticipation for new systems would result in a decline in revenue.

But the shift to digital, subscriptions, and live-service games is spreading more money over longer periods of time. And the NPD is providing evidence that this is making for one of the smoothest console transitions ever.

“Growth in digital content spending on consoles has also been remarkable, driven by live service games that are building consistent engagement ties with consumers,” said Piscatella. “These factors have allowed the industry to reach growth, despite challenges in other categories of spend.”

So yeah, people are buying fewer PlayStation and Xbox systems. But those consumer are putting that money toward Fortnite, Rocket League, and NBA 2K20 microtransactions instead. This is creating more stability for an industry that is prone to volatility. In turn, that could enable studios to provide more consistent employment to game creators.