Niantic has learned a lot about location-based gaming and augmented reality from the hundreds of millions of players in its games like Ingress, Pokémon Go, and Harry Potter: Wizards Unite. And now it is adding a bunch of AR and location-based features that benefit not only its games but small third-party game developers as well.

Underneath its games, Niantic operates the Niantic Real World Platform, said John Hanke, CEO of the San Francisco company, at a press briefing in San Francisco this week. Flush with cash from its games, the company has been investing in internal development, external acquisitions, and investments in startups to bring new tech to its platform.

The company talked about how Pokémon Go can benefit, but other titles like Ingress, Harry Potter: Wizards Unite, and those being developed by third-party developers could also use these AR improvements.

And today, the company is making a bunch of announcements, some that will immediately or eventually benefits its games. One feature will be called Buddy Adventure in Pokémon Go. This means that multiple people will be able to share an augmented reality experience together and take selfie pictures of their Pokémon creatures and themselves in the same scene.

Niantic showed a demo with three people holding phones in an outdoor setting. They each had their Pokémon buddy creatures placed at the same real-world location. And when you looked through the screens of the phones, you could see three Pokémon creatures in the same scene, alongside their real-world trainers.

In the past, you could see one creature in a screen in augmented reality via the AR camera, but now friends can share that experience together. On top of that, players will be able to pull out a berry for the buddy Pokémon and hand-feed it to the creature. Pikachu moved closer to the trainer holding a virtual berry in a real-world hand, and then Pokémon ate it and gave out a big animated heart. 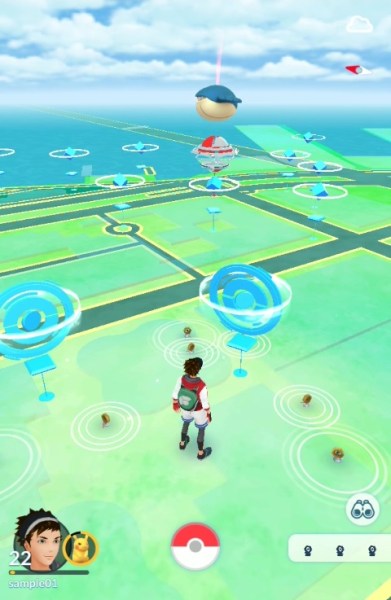 Perhaps more impressive and widely interesting is the Niantic Wayfarer program, which will enable players in all Niantic games to submit interesting locations to be included as sites in the virtual maps of the location-based games. This is part of what Hanke called “planet-scale AR.”

Niantic rolled out Wayfarer as a limited test for a limited group of Pokémon Go players. So far, users submitted 27 million sites to be included as famous sites or gyms in the game, and 26 million of them have been reviewed by other players via a crowdsourcing mechanism that lets experienced players vote on the locations. And 9.4 million of the locations are live in the game now.

“They’re live on the game board and we are excited about that,” Hanke said. “We are building the foundations for planet-scale AR. We are now seeing an average of more than a million additional Wayfarer nominations per week,” Hanke said.

Businesses are also able to sponsor sites to be included in the game worlds. McDonald’s and Starbucks sites are marked as game locations where players can congregate, and that enables Niantic to make money through advertising. The businesses can stage events at their locations to drive traffic to their locations at certain times. If the crowds are thin at the restaurants in the afternoon, McDonald’s can stage Pokémon Go Raids that will draw players to the location. And once those players are there, they are more likely to buy some food. Niantic gets advertising revenue from such deals, and the sponsors get more foot traffic. 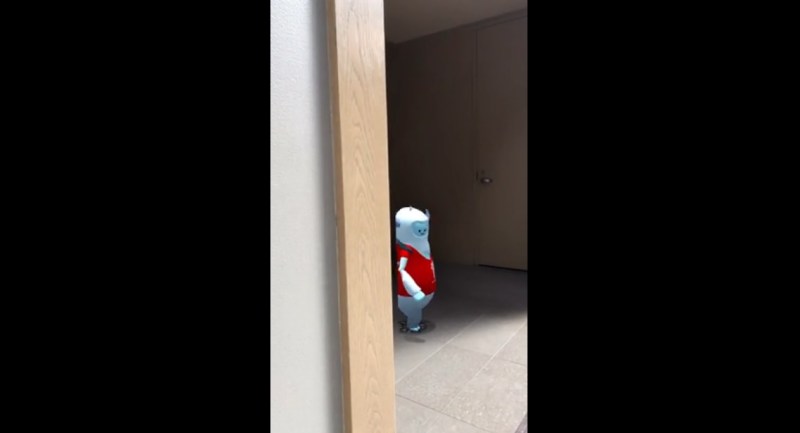 Diana Hu, director of the AR platform at Niantic, said in a press briefing that the company is busy integrating computer vision improvements into its platform. At some point, these features will be added to the games.

One of them is occlusion, which adds realism to augmented reality animations. Those animations are cool when they are added as an overlay on the real world, like when you see Harry Potter characters in the real world. But if they start walking around and they walk through objects such as fences or walls, the illusion falls apart.

“I’m excited about these steps forward in our platform as the next steps in AR and the digital world,” Hanke said.