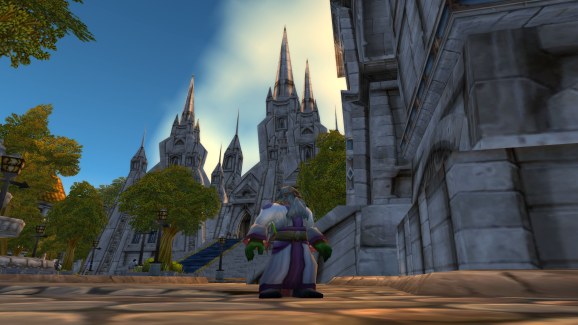 World of Warcraft Classic has been a big success to Activision Blizzard, with the company revealing today that the retro release has driven subscription numbers to their biggest quarterly increase in history.

Classic came out on August 26. World of Warcraft players pay for the same subscription to have access to the regular game and Classic, which runs servers based on how WoW was before the launch of any expansions. Lots of players, it seems, wanted that old-school WoW experience. We don’t, however, know the exact subscription numbers, as Activision Blizzard has not given that statistic out for years.

Along with the launch of Call of Duty: Modern Warfare, Activision Blizzard attributed its success the financial third quarter on the strong performance of World of Warcraft Classic. In total, all of Blizzard’s games had 33 million MAUs (monthly active users) in the quarter.

Earlier this month at BlizzCon, Blizzard revealed a new expansion, Shadowlands, for the modern version of World of Warcraft. It had less to share about the future of Classic, although an update adding some player-vs.-player features is coming soon.

Blizzard still has a series of update to roll out for Classic based on original World of Warcraft content. After that, however, Classic’s future is uncertain. But considering how popular it’s become, Blizzard must be planning something.