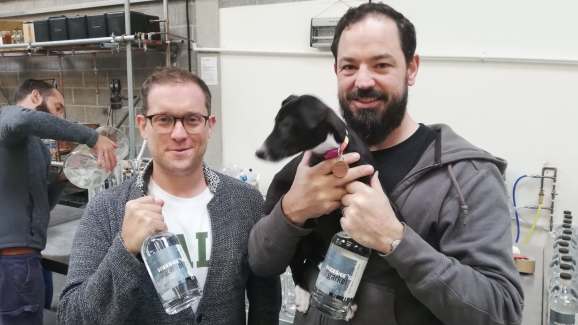 Liam, Danny, and Dizzy the dog from Circumstance Distillery celebrate the launch of the world's first AI gin. 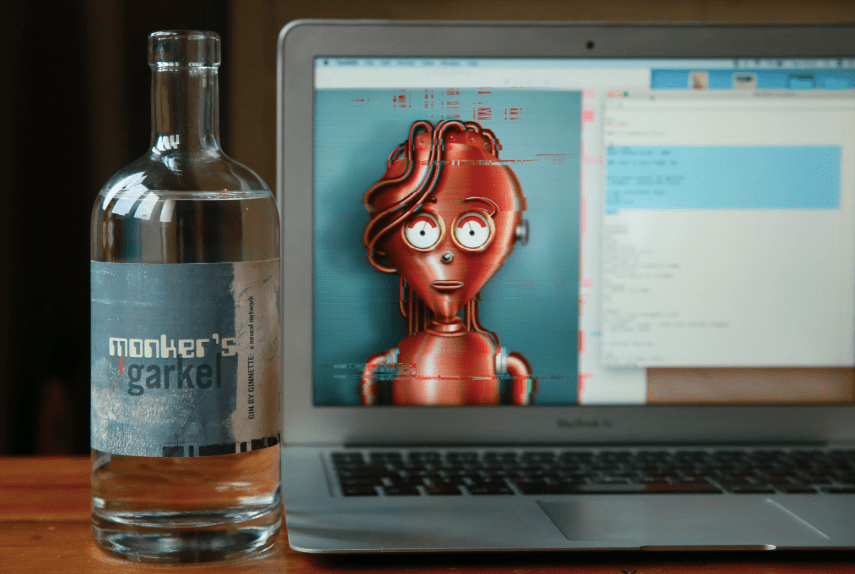