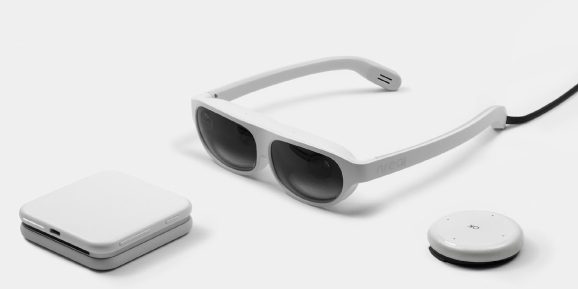 Years ago, an Apple loyalist claimed the company was being unfairly criticized for delaying products that had been widely reported to be on the cusp of release, arguing that Apple couldn’t have pushed back products it hadn’t formally announced. The faulty premise was that an Apple product only exists after it debuts in a keynote or press release, so anything before that is merely rumor and speculation.

Judged by that standard, Apple isn’t pushing back augmented reality hardware since it hasn’t formally revealed it. So if you believe The Information’s report today that Apple is currently planning 2022-2023 releases for its first AR devices, that wouldn’t be a two or three year delay from the 2020 timetable first reported by Bloomberg in 2017 — it’s merely a revision of Apple’s internal timetables, which were never intended to become public.

Call it whatever you want, but today’s report isn’t good news for the mixed reality community. It’s also not a huge surprise given either Apple’s track record or AR’s continued struggles to evolve from pipe dream to mainstream.

Hardware development takes time, especially for a detail-obsessed company such as Apple. Contrary to hype at the time, the iPad didn’t emerge miraculously finished from the heavens; Apple famously redirected its early iPad development efforts into the iPhone before circling back years later to create a tablet. But having a sense of what was coming before it actually happened was important to both customers and third-party developers: The iPad hit the ground running with apps and games because coders were able to prototype software on the iPhone and iPod touch.

Augmented reality is an even bigger risk for developers because it requires a human paradigm shift that has only barely started to happen. The expectation is that people will eventually wear glasses to add digital layers on top of (and between) real-world environments, objects, and people; Apple supposedly sees AR glasses replacing iPhones a decade from now.

Despite their best efforts, however, Google, Magic Leap, Microsoft, and smaller AR headset makers such as Vuzix have had only modest success in selling AR hardware, and then almost exclusively to enterprise customers. Everyone’s looking to Apple or a smart, well-funded rival to come up with AR glasses people will actually wear in public. A likely candidate, Facebook, has declared itself years away from having all-day wearable AR glasses ready.

Over the past two years, there have been plenty of confirmed stories about Apple hiring AR platform experts, engineers, and marketers. There have also been reports of key people leaving Apple, and certain AR projects being canceled, despite concrete evidence of research ranging from AR patents to an entire “StarBoard” AR testing system hidden in iOS 13. It’s fair to call the current state of evidence mixed, but it’s unrealistic to pretend that the Apple AR hardware story will only start when the company speaks publicly about it.

According to The Information, Apple AR/VR head Mike Rockwell shared a new 2022-2023 timetable last month with a group of roughly 1,000 employees, stating that an AR headset could debut in 2022, with smaller glasses following in 2023. It’s unclear at this point what the headset will contain that the glasses will omit.

Apparently, Apple’s headset is expected to include cameras with 3D scanning, human identification, and object occlusion technologies, while resembling a VR headset — closer to skiing goggles in size. By comparison, the 2023 AR glasses will be designed to be “worn all day,” with prototypes resembling “high-priced sunglasses with thick frames” to hold largely unspecified electronics.

Having followed all of the reports on Apple’s AR work, this one sounds worse to me than it initially appears. If the timetable is accurate, it means that Apple doesn’t expect to have a breakthrough consumer wearable in the marketplace for at least three years. The earlier product will be a smaller Oculus Quest — something that Facebook will likely be producing itself by 2022. And the later product will be an advanced version of Nreal Light, which similarly will most likely have its own sequel (and numerous competitors) by 2023.

Of course, Apple could blur the dates somewhat by holding an event to announce a 2022 headset ahead of launch. The company will supposedly reach out to software developers “as early as 2021” to encourage app development for this device, and if the iPhone/iPad/Apple Watch launch cycle plays out again, it will give the public four to six months of advance notice before a headset actually hits store shelves.

My primary concern is for the growing community of developers who have been creating AR content and business models around the expectation that wearable consumer hardware is just around the corner. Based on what I’ve seen at trade shows such as CES, Siggraph, and Adobe Max this year, there are now lots of companies — little and big ones alike — spending time and money creating augmented reality user paradigms, assets, and software. It’s unclear how many of them will be able to make it through two or three more years of waiting for the first real payoffs from their AR investments.

That having been said, I know from covering Apple that a timeline like this — “delayed” or not — is as credible as it is disappointing. Despite what the fanboys might say, Apple products do in fact get delayed from their internal target dates. Computers, accessories, and entirely new product categories can slip by a year or even years due to problems with hardware production, software engineering, or other factors. Major innovations can be shelved indefinitely pending resolution of unspecified technological or legal issues.

Only time will tell whether the latest reported 2022-2023 timeline for Apple AR hardware holds up. But you can be sure that other hardware and software companies will be at least interested in filling the gap between now and then.