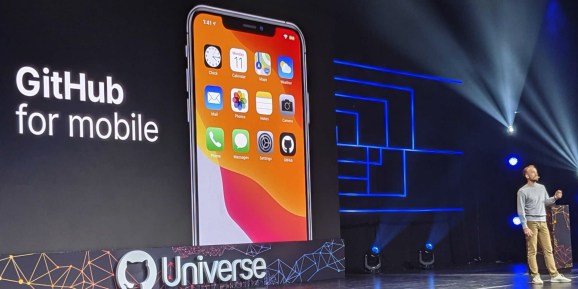 Popular project collaboration tool GitHub today announced a range of upgrades for programmers and developers working together, including the launch of a GitHub mobile app for iOS smartphones and iPads. An Android app will be released in early 2020.

“My bet is that more that half of interactions that take place on GitHub in 5 years will take place on mobile,” GitHub CEO Nat Friedman said in a press conference.

“This is kind of like the missing link to the GitHub experience,” GitHub VP of engineering Dana Lawson told VentureBeat. “With mobile you can manage, triage, and clear notifications, collaborate on pull requests, and then also you can receive push notifications when directly mentioned.” 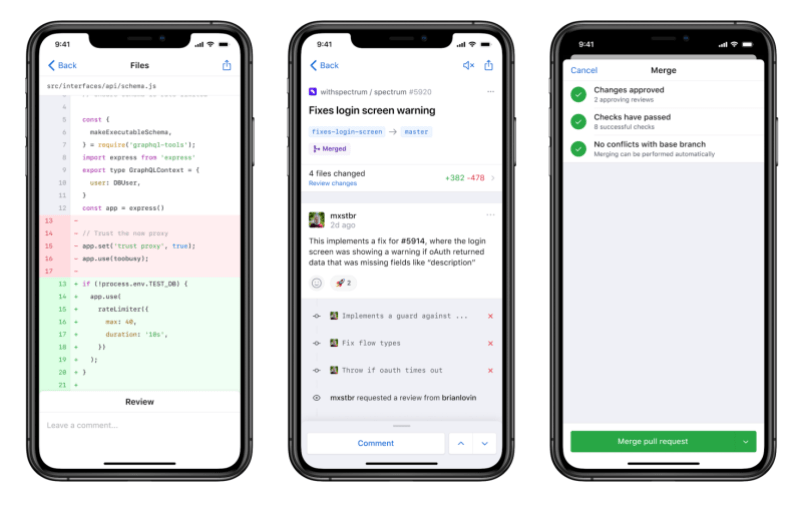 The news was announced today at GitHub Universe, a conference for developers being held at the Palace of Fine Arts in San Francisco. GitHub is now used by more than 40 million developers around the world, according to the 2019 Octoverse report released last week.

GitHub Actions, for managing and adopting effective workflows, and Packages, a packages management registry, are now generally available. GitHub introduced Actions at GitHub Universe last year and shared plans to make Actions generally available this summer together with continuous integration support. The GitHub Package Registry made its debut in limited beta this spring.

Self-hosted runners will also be made generally available for actions so enterprise customers can host actions on their own servers.

“This is where the platform that you’re hoping this will expand in the future. … The way I phrase this to folks outside of GitHub is that this is the starting point for all future GitHub platform initiatives, whether that be on the code-to-cloud pipeline or security features, or even possibly the future of AI and ML-type workloads,” GitHub SVP of engineering Jason Warner told VentureBeat in a phone interview.

A number of additional features were introduced today including semantic code navigation for all Ruby, Python, and Go repositories; the ability to schedule pull request reminders; and the ability to assign code reviews to specific team members.