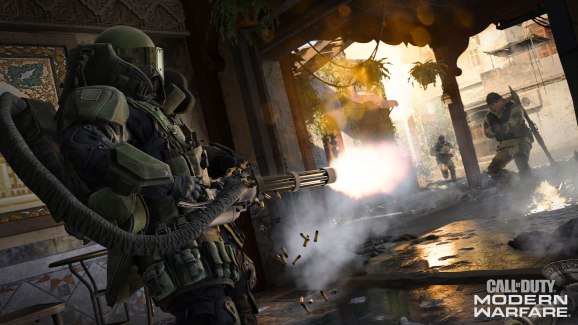 The Santa Clara, California-based Nvidia posted non-GAAP earnings per share of $1.78, compared to analyst expectations of $1.57 a share. Revenue was $3.01 billion, compared to $2.9 billion analyst estimates. A year ago, Nvidia reported non-GAAP numbers of $1.84 a share and sales of $3.18 billion.

“Our gaming business and demand from hyperscale customers powered Q3’s results,” said Jensen Huang, founder and CEO of Nvidia, in a statement. “The realism of computer graphics is taking a giant leap forward with Nvidia RTX.”

He added, “This quarter, we have laid the foundation for where AI will ultimately make the greatest impact. We extended our reach beyond the cloud, to the edge, where GPU-accelerated 5G, AI and IoT will revolutionize the world’s largest industries. We see strong data center growth ahead, driven by the rise of conversational AI and inference.”

Nvidia’s outlook for the fourth quarter of fiscal 2020 does not include any contribution from the pending acquisition of Mellanox. For the fourth quarter ending January 31, 2020, Nvidia expects revenue to be $2.95 billion, plus or minus 2 percent. Strong sequential growth is expected in Data Center, offset by a seasonal decline in GeForce notebook GPUs and SoC modules for gaming platforms.

GAAP and non-GAAP gross margins are expected to be 64.1 percent and 64.5 percent, respectively, plus or minus 50 basis points.

Analyst Patrick Moorhead of Moor Insights & Strategy said in an email, “It appears the company is getting improved traction in both RTX and new Super GTX discrete GPU cards. In the future, I am most interested in seeing how the company takes advantage of newer edge datacenter and cloud opportunities with its EGX and Jetson AI platforms as it has a unique offering with a mature AI software platform.”