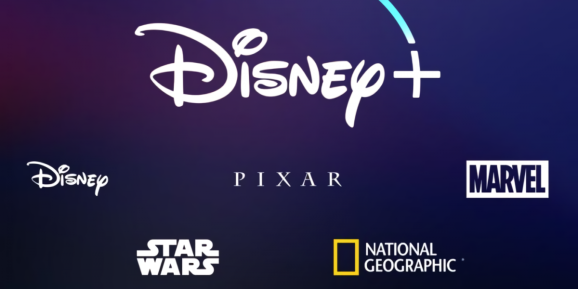 In a recent wave of announcements, many leading media and entertainment brands have introduced subscription streaming platforms that promise to redefine the way millions of Americans watch TV. But despite the game-changing impact of Disney+, Apple TV+, HBO Max, AT&T TV Now, and ESPN+, to name a few, most platforms’ names do little to suggest something novel.

The Disney+ announcement was met with particularly critical reactions of “snooze” and “that was the best they could come up with?” as reviewers balked at this lackluster naming trend. A look at the crowded app store of TV streaming apps shows that the formula of Brand + generic descriptor is nothing new: Go, Watch, Stream, Now, and + are used by dozens of streaming services, including Fox Now, Fox Sports Go, FX Now, TLC Go, Max Go, HBO Now, HBO Go, HGTV Go, Univision Now, Disney Now, Xfinity Stream, YouTube TV … the list goes on.

Then came NBC’s announcement of Peacock, which takes a dramatically different naming approach and introduces a bold new brand to the mix. A brand name like Peacock can be a powerful opportunity to stand out from competitors, inject personality into an experience, and introduce a mnemonic that’s memorable or even fun to say. TikTok, Hulu, Sling, Uber, Amazon, Waze are all examples of names that truly stand out and have accelerated the popularity of the brands they define.

Which is the right approach? Is it a mistake that many streaming services choose such underwhelming names? Or is a name like Peacock too distinctive to connect with consumers? There will always be critics of any new name, but the decision should be evaluated on a more strategic level.

There’s a simple reason go-to entertainment brands like HBO and Disney opt for unentertaining service names: It’s because HBO and Disney already stand for “go-to entertainment brand.” By adding a new channel or subscription model or value proposition that’s ultimately consistent with the brand at the center, they don’t need to reinvent the wheel. Had Disney introduced a bold brand name with every new venture (rather than descriptors like Studios, World, Cruise Line, Vacation Club, Store, Family, Style, Books, Interactive…), the strength of the Disney name might not be so singularly powerful.

When naming a new offering, brands face a binary decision: reinvent or reinforce.

A name that reinvents should be bold, radically distinctive, and an intentional departure from the brand that creates it. When Comcast launched Xfinity, it effectively said, we want this offering to make you think differently about our brand. A bold name like Xfinity showed the world that something was new, different, and better, which was made credible by an array of truly novel experience enhancements. Peacock suggests a similar ambition. Though it makes obvious reference to the NBC logo, the name sets out to suggest a dramatically different paradigm from the current NBC experience. Success will not be defined by the name but by whether NBC can deliver a novel enough experience to merit the departure from its household name.

By contrast, a name that reinforces should describe an offering as another powerful example of how the parent brand delivers the same qualities people know and love. When Apple introduced the Apple Watch, it did not want consumers to think of it as a departure from what makes Apple beloved. When buying the Apple Watch, you are buying Apple, in watch form.

The latter is the same logic employed by HBO Max and Disney+ (and Apple TV+.) These new services are not meant to reinvent their brands, they are meant to reinforce them by making it more convenient, accessible and engaging to consume their already-loved content. In short, when subscribing to Disney+, you get one more way to engage with Disney.

The bigger issue with the “plus” convention is the likelihood of nonplussed consumers. Disney+ joins the Disney Now app already on the market. HBO faces a similar challenge as HBO Max joins an already confusing portfolio of HBO Go and HBO Now. The generic +, Now, Go, and Max service names don’t help clarify what the new services actually are. The landscape has grown so confusing, app store names are often paired with secondary descriptors such as “No cable needed” or “Sign in with your TV provider” to help clarify. And for all the people out there who aren’t religiously following cord cutter blogs about the latest and greatest streaming platforms, that’s more work Disney and HBO must do to educate about the differences between their products.

A primary objective of a name that reinforces the parent brand is to help customers understand what it is and where it fits within the existing portfolio of products. This is where conventions like +, Max, and Go are falling short.

Creating a strong descriptive name is one of the hardest creative challenges. To start, brands must free themselves of the need to create something distinctive with every new offering. The question shouldn’t be “what’s the flashiest name for this offering.” Rather, marketers should ask, “how can this name best help consumers engage with our brand?” CBS All Access and Showtime Anytime are a couple of examples of apps that describe intuitive benefits within their names, all while reinforcing the brand at the heart.

If at the end of the day customers understand the service and attribute it to the brand they love, that’s the real plus.

Jake Hancock is a Partner at Lippincott.