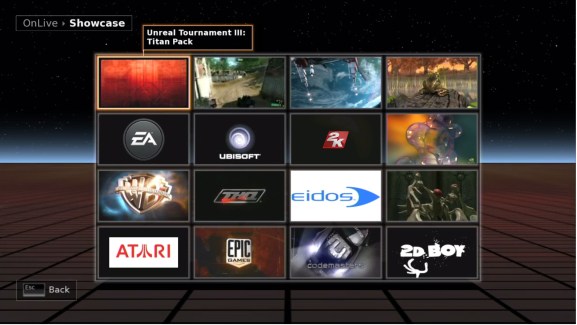 Onlive was a major early attempt at console-free gaming

The video gaming world is bracing for a cloud-based, console-less future. By ditching expensive PCs and consoles, and making games accessible on the devices people already own like smartphones, tablets, and laptops, this segment of the entertainment industry has the opportunity to create a whole new demographic of “gamers.” It’s a positive, fundamental change in how the industry operates — however, technical challenges with the centralized cloud will be an obstacle the industry must overcome for these new platforms to be truly successful.

The history of cloud gaming

The truth is that console-less gaming is not necessarily a revolutionary idea. In fact, there have been many previous attempts to bring cloud gaming to life. In 2005, video game developer Crytek launched initial research and development efforts around cloud gaming, but ultimately quit after about two years. Then, OnLive rolled out its “micro-console” service at E3 in 2010, only for the company to collapse in 2012. Finally, G-cluster’s “Game Machine” debuted at CES in 2013, but the service never really took off. All these initiatives have two things in common: they required significant investments (both in money and time) to create, and they all quickly flopped.

Why is it taking so long for cloud gaming to take off? It comes down to the technologies supporting console-less experiences. When playing on a console, all the needed computing power is local, minimizing delays for processing data and rendering the content (in this case, high-definition video), thereby ensuring a fast, quality gaming experience. To put it simply, it’s like having a server right there in your home. When you remove the console from the equation, gaming platforms operate on centralized clouds. Rendering the video is computationally intensive and moving this crunching into the cloud creates lag for gamers who are geographically situated farther from data centers. There’s a big latency disparity between gamers located close to the data center versus those who are distant, resulting in poor user experiences and even unfair advantages for multiplayer scenarios.

While cloud infrastructure was not as advanced back when gaming companies such as Crytek and G-cluster started building platforms, many of the same issues with scalability and latency still exist today. Cloud gaming is currently experiencing a rebirth, but technical challenges are sure to continue plaguing new services.

The state of cloud gaming today

The world’s largest tech companies and game developers are betting big on the cloud for anytime, anywhere interactive gaming experiences. Right now, all eyes are on Google, which is launching its highly anticipated game streaming service, Stadia, this month. With the tech behemoth’s cloud expertise, the overarching industry consensus is, “if they can’t do it, no one can.”

Meanwhile, gaming market leaders from Microsoft to Sony as well as other cloud giants such as Amazon are also joining the race, each building and testing services to get their slice of the console-less pie in 2020. All these companies have the necessary tools in their toolbox — smart, creative R&D teams, as well as infrastructure know-how, and the monetary resources needed to test and tweak new platforms. They also have the capabilities and personnel to create (and earn the rights to) popular AAA titles that will attract gamers onto their platforms. However, they’ll all inevitably face similar technical issues as their predecessors: the centralized cloud as it exists today is simply not strong enough to support interactive console-less gaming experiences.

Console-free experiences will require an “edge”

As online gaming experiences become more interactive — with multiplayer functionality that requires real-time response rates — console-less games must shift to the edge. While centralized cloud computing requires companies to keep content in a single location (often requiring high costs for transferring and storage), edge computing simplifies the distribution of application processes as close to the end user as possible. Literally, “at the edge” of a network.

For console-less gaming, the edge enables new platforms to mimic the advantages of a console, while improving the accessibility of games by getting rid of the need to spend hundreds on dedicated devices. Pushing content to the edge of the network also helps solve latency issues, creates a more scalable and flexible platform, and gives gamers the freedom to move seamlessly between locations and games on various devices.

Edge networks are uniquely suited to power a console-less gaming future as they provide global scalability. By placing the gaming content and processing power closer to where it’s needed (i.e. where the gamer is physically located), distributed edge compute resources can minimize delays traditionally associated with transferring data and rendering video from the cloud to the end-user. This ensures users across the globe can enjoy a high-quality gaming experience, no matter where or how they’re playing.

In addition to the latency challenge with delivering the video content, a distributed edge infrastructure helps online gaming services improve back-end communications as well. For example, edge networks allow gaming companies to boost their “matchmaker” functionality for multiplayer games (a la Fortnite), ensuring players are efficiently paired with the best fit for their region, skill level, bandwidth requirements, and more.

Flexibility is another critical feature to an effective cloud-gaming experience. As console-less platforms take shape, gamers demand the freedom to seamlessly move gameplay between locations and devices. This could mean a gamer starts playing on their laptop at home, but picks it back up on their smartphone while taking the train to work or class. Edge computing grants players this flexibility, which, for platforms like Stadia, will be critical to success.

Finally, it’s important that edge networks offer seamless integration with other service providers — such as ISPs and end-user networks — to support the entire journey of gaming content. Without strong peering relationships, there can be a disconnect (and resulting delay) from when the gaming content leaves an edge data center to when it is shown on a gamer’s screen. Effective edge networks will carry gaming traffic and content as it moves from the middle mile to the last mile, creating a truly real-time gaming experience.

The gaming industry is patiently awaiting the influx of cloud services in the coming months; but expectations at launch should be tame. While console-less is undoubtedly the future for the gaming industry (especially the growing population of casual gamers), the centralized cloud is simply not the right backbone to bring these platforms to life. As tech companies build out next-generation gaming services, they’ll need to move processing power to the edge to ensure real-time, interactive gameplay. If not, performance issues like disruptions and delays could have gamers clinging onto their trusty consoles and PCs harder than ever.