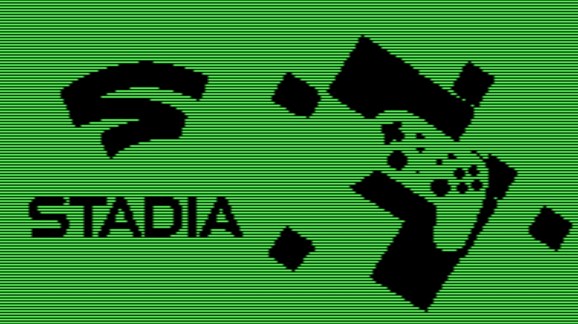 Google Stadia is here, and it has worked almost flawlessly for me. But one of the many problems with Stadia is that you and I are not guaranteed to get the same experience. The other problem is everything else.

Stadia is available now by ordering the $129 Premiere Edition. This gets you a Stadia controller, a Chromecast Ultra, and three months of Stadia Pro. But eventually, Stadia won’t have any upfront fee. In 2020, Google will launch a “free” version where you buy a game, and then you can stream it anywhere at 1080p.

This staggered launch complicates things. I’m reviewing a product that is going to change drastically over the next year. But I’m going to do my best to take a long view.

Google Stadia works (for me)

The technology that powers Stadia works better than I expected, and I expected it to work well enough. So far, I’ve had nothing but good experiences using it.

On my 330 Mbps download Xfinity cable internet, I get 4K HDR at 60 frames per second with no noticeable noise or compression. Destiny 2 and Red Dead Redemption 2 look sharp and smooth on my TV. This was true whether I had the Chromecast Ultra connected through Wi-Fi or with an Ethernet cable.

When I switched to my phone, Stadia’s connection monitor dropped from “Excellent” to “Good.” I was getting 1080p, but it was still just as smooth. This version had some slight compression, but overall it looked great.

But what about the input latency? Most of the time, I didn’t notice anything. Destiny 2’s shooting feels great on Stadia. And Red Dead Redemption 2 has inherent lag due to its elaborate animations, so you’re not going to notice the Stadia effect.

The worst I can say about Stadia is that playing Mortal Kombat 11 head-to-head online maybe “felt off.” It didn’t have obvious lag, but you would probably expect it to feel better on a local machine.

For me, this is a win for Google. The technology works. Or, at least, it can work, and it does so consistently for me. So I can see myself playing games like this in the future.

No install times really is great

Google provided a bunch of codes for games, and it was weird to think that they were ready for me to play instantly. I’m used to buying a game and then waiting at least some time for a download. Even with small games and fast internet, I still expect to wait a minute or two. But with Stadia, Red Dead Redemption 2 was ready to go the second I entered the activation code.

This is the kind of convenience that a more mainstream audience should love. I understand that hardware and software need updates and starting a game is often a long process. But it shouldn’t be, and Stadia eliminates all of those pain points. Games automatically update on Google’s side, so they are just always ready when you are.

The Stadia Controller is solid. The handles feel nice and long. And the buttons are mostly springy and responsive. I really dislike the D-pad, which is shaped like a plus-sign with rounded corners. That design feels mushy and and difficult to track just by touch.

But overall, the gamepad is functional.

I had a plan to test Google Stadia on public Wi-Fi, but I ended up bailing on that idea. It’s not like I didn’t have the time. I was at a Starbucks, and I specifically brought the controller and cable with me. But as I got out of the car, I felt embarrassed.

I didn’t want to walk into a shop while holding a giant gamepad and phone mount. It’s not like those things would fit in my pocket. They won’t even fit comfortably in a bag.

And I know that if I feel too self-conscious to play games like that in public, it doesn’t matter if it works on Starbucks Wi-Fi or not.

This is one of the biggest problems with the “play it anywhere” claims of cloud gaming. Sure, it technically can work anywhere, but design is so important. The Nintendo Switch works because it’s a reasonable portable device. I can’t imagine ever feeling comfortable playing Stadia on my phone connected to a clamp sticking off of a full-sized gamepad. That doesn’t mean no one will have the confidence to so, but I think it indicates that a lot of people won’t.

Google Stadia is a walled garden

Another huge trouble spot for Stadia is that it’s in its own silo. That means online multiplayer games will only really work if enough people buy the game on Google’s platform. Unless, of course, more games add cross-platform play.

But as it stands at launch, you can only play Destiny 2 and Mortal Kombat with other people who own those games on Stadia. Destiny 2 has cross-save features. This enables you to take you profile from PC to console and then to Stadia and back again, and that’s nice.

If most of your friends are playing a game on PlayStation 4 or PC, you’re probably going to want to buy the game there. And then, if you don’t want to buy the hardware, maybe you’ll have to look at competing cloud services like Microsoft’s Project xCloud or Nvidia GeForce Now, which enable you to play games in the Xbox and PC environment, respectively. That means those can connect to players on Xbox or Steam.

Google will have to rely on cross-play to bring most players together with their friends.

And then you have Google’s business model. At some point in 2020, Google Stadia is going to work like this: a new game will come out, and you can start playing it on Stadia without purchasing any hardware except for the connected display and a controller or keyboard and mouse.

For now, you can only get into Stadia by purchasing the Premiere package. But even in that case, you will have to purchase games except for Destiny 2, which comes with the Stadia Pro subscription.

That premium membership, however, doesn’t include any other games. It may get more in the future, but it’s not like PlayStation Plus or Xbox Live’s Games With Gold. And it’s certainly not like Xbox Game Pass, which has a Netflix-like library of games to play.

And this feels out of step with the market. One of the ways that Stadia could solve its isolation problems is by offering up a subscription where every Stadia player all have the same games. It’s so much easier to tell a friend, “go spend $10 to play Destiny 2 with us for a month.”

Google will just have to hope that cross-play continues to grow.

Right now, Google Stadia is a platform for nobody. The company just doesn’t seem to understand any of the audiences it is trying to reach.

It’s going to have 22 games at launch, but almost all of them are available on other platforms. So if you’ve wanted to play Assassin’s Creed: Odyssey or Red Dead Redemption 2, you probably already have. And if you are one of those fabled casual fans who refuses to spend money on hardware, are these really the games that are going to get you on board? Maybe. But the service doesn’t have anything free-to-play like Fortnite or Apex Legends yet.

Google, meanwhile, doesn’t have any games of its own. It only just opened its first studio a few weeks ago.

And this is where Stadia really falls apart. Its library and outlook are uninspiring to the kinds of people who spend a lot of money on games. Few hardcore players are going to want to build their library on Stadia when they can do the same thing on Xbox with better games, Xbox Game Pass, and the promise of xCloud.

So Google Stadia might work, but it doesn’t actually matter.

Google Stadia is available November 19 for $129 to get started. Google provided a sample unit for the purpose of this review.