What gamers and nongamers want 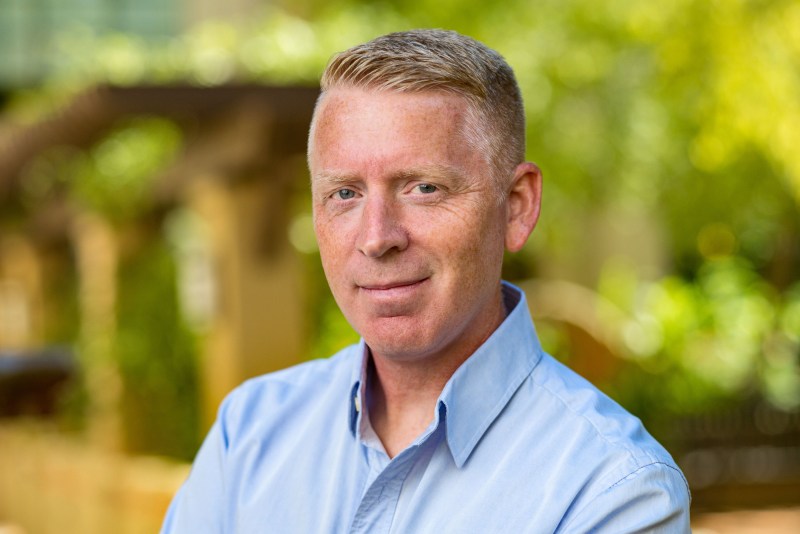 Hennig said that Uncharted games had a way of pulling other family members to the couch.

“We almost sort of like stumbled into the discovery that nongamers are just as engaged with interactive content, when it’s stuff that scratches the itch for them. And so we saw this phenomenon with Uncharted and some other games like that where the nongamers in the family, people’s friends or loved ones, other family members would say don’t play that game without me,” she said. “They wanted to be in the living room when it was being played. And not because they wanted to watch it passively like a TV show. It’s because they wanted to interact with it. And they were very engaged as an interactive, collaborative interactive experience. And so that always struck me. Why are we not doing that intentionally?”

She added, “We’re not actually crafting content for this wider audience that encompasses gamers and nongamers. It doesn’t leave anybody out. And those of us who’ve been making games like Uncharted, and there’s not many of us know how to make this content and know how to make it appealing to this audience. We know what notes to hit, what genre. So we saw this opportunity to make the kind of things that I love.”

And she said, “We’d like to kick off the kind of experience that I’ve built over the last three decades making this kind of content, but pointing that lens in a new direction, which is to this sort of broader audience that I think will be there and hungry for content when the streaming services hit the mainstream.”

Regarding doing licensed content at Skydance, Hennig said, “It’s probably too early to nail our piece of the floor on that. But you know, the answer I would give you is both. Anytime you’re joining an organization like this, part of the value of being a creative in an organization is not just that you leverage existing IP which is a good thing and a fine thing to do. But it’s how you create original content as well. We are looking forward to exploring both with Skydance.”

The peak of the past?

I asked her what she thought the peak of her previous experiences was.

“I always point to Uncharted 2: Among Thieves as being one we were firing on all cylinders,” Hennig said. “And I think it’ a great thing to be able to point to. When we try to describe the kind of experience that sort of taps into all the genres and the tropes and then the traditions that we love from adventure cinema. It applies a formula. Not to minimize it like that. But that idea of borrowing from beloved media and then recrafting it as an interactive experience is still at the heart of what I’m what I’m describing here. Of all the games I’ve worked on, I’m proud of them all for different reasons. But I would point to Uncharted 2 as the most transformative at the time and delivered the best on everything we were trying to do.”

Are games getting too big? 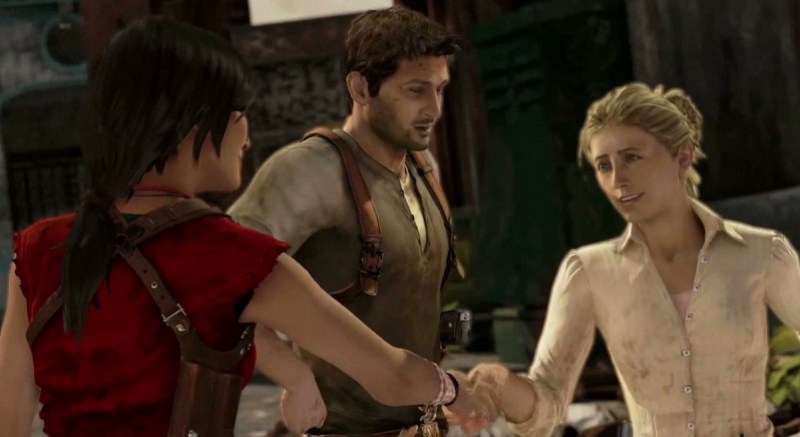 Hennig finds some of today’s modern blockbuster games to be intimidating.

“Uncharted One was, depending on how fast you played, maybe eight hours. These were not huge games. By today’s standards, that is short,” she said. “Now. If you look at the newest generation of some of these games, whether it’s an Uncharted 4 or God of War or Spider-Man, they’re at least twice as big as they used to be, they’ve taken at least twice as long to create, and they’ve taken at least twice as much budget. And there’s a sort of a level of bloat there. It’s a huge benefit to the game and the consumer. where the consumer but at the same time, I sort of coming at it at a cost, it feels like we don’t, we don’t have to go that crazy. We can do what we know how to do. With digital distribution and streaming, we can have different price points and business models. We don’t have to limit ourselves to this sort of old school brick and mortar $60 price point. If you think about a game that’s focused on what it is, and it’s not trying to have any live service. It’s just a narrative-focused game with themes like you see in film and television, but has all the agency that we want from our interactive entertainment.”

And she said, “But maybe it’s based out over eight hours. Or you can look at it as sort of a sort of episodic interactive series or something like that. It can be based on chapters. Not that different from what we see in episodic television. And there’s a lot of lessons that we can take from content that is sort of digestible like we see a TV series, but also “binge-able.” And that’s exactly what Uncharted was if you think about it. It was broken into chapters. You put the controller down and say, ‘Okay, that’s enough for tonight.’ Or you could look at your friends in the room and go, maybe one more. Before you know it, it’s Sunday and you’re still in your jammies and you’ve played the whole thing.”

And she said, “That same impulse is there for interactive as it is for the linear media that we joke about on Netflix about how “binge-able” it is. I think we can tap into that and create something focused and finite, and finishable. Because people want to play a game for the story. They want something that they can eat and enjoy and talk to their friends about. It doesn’t necessarily have to be this sort of endless, infinite experience. I feel like we’re losing sight of that in this interactive industry, and I think there’s an opportunity for us to recapture that. So these kinds of games again, I mean, this isn’t dogmatic. I think that you know, we’re going to find a kind of a renaissance in the new home on the streaming platforms.”

“We’re always trying to figure out how do we how we put the whole experience on the sticks, as we say. How do you keep the players in control all the time and still deliver an experience that is moving and effective and cinematic in all the right ways? And so, I think we are learning how to do it better and better, but the fundamental impulse is still the same. I embraced the media and the genres that inspired us. And really, these are all love letters to these films and shows. But then we get to sort of have this whole other dimension which is interactivity, which then makes the experience so much more personal. I think you and I talked about this the last time we talked about something like this is essentially simple as a Florence. Your experience of that game was moving and personal in a way that it wouldn’t have been if it was just something you’re watching.

That’s what the interactive gives us. It has the dimension of, of first person, that immediate or emotional experience that you have from actively playing a game and making choices and little analog choices, right? I don’t mean branching story. I mean all normal choices, but you had a game like Journey and how effective that was. And everybody’s experiences different. Right? And it wasn’t because it was a branching story. It was because the tactile, emotional experience was coming through the controller through the micro choices you were making.

We don’t need to abandon the things we’ve learned from traditional linear media. It’s how do we open up that extra dimension of tactile impact and emotion?

Regarding the next-generation consoles, Hennig said, “There are tons of opportunities. We talked about we talk a lot about these cloud-streaming services and the new opportunities that it opens up to reach this much bigger audience, and how that is more inclusive. It doesn’t exclude or eliminate the experience on the console either. I’m so excited about PlayStation 5 and the next generation of Xbox.

Lessons from the past

Hennig still remembers that a lot of folks lost their jobs with the shutdown of Visceral. She said she will bring the lessons to bear in starting the new studio.

“We’re seeing this sort of trend or split even in the industry is that the tension, the financial or the business tension, of trying to run a giant studio with 300-plus people under one roof,” she said. “It puts a lot of pressure on the creative to have these blockbusters. I think that we can take some lessons from the other entertainment media. You can do something with a small core team. This is something indie developers have learned. You can use distributed development. You can use specialized partners who are experts in what they do, but you don’t have to be carrying that cost under one roof all of the time. They will start small and come together and split apart as projects wax and wane. I think we need to do more of that in the interactive industry to be sustainable.”

As far as the fundamentals go, Hennig said, “You’ve got to have a lot of trust and the people around you, you have to value a good work-life balance, value honesty, and value collaboration. That good crucible pf getting in the room and figuring out creatively together. You don’t want auteurism. You want to set up a really supportive, conducive, creative environment where people can thrive and feel trusted and feel empowered and feel like they’ve got some creative autonomy. We can still get in the crucible of the brain trust, where we kind of hold each other accountable. And so it’s exciting to be able to think about building something from the ground up with those principles in mind.”