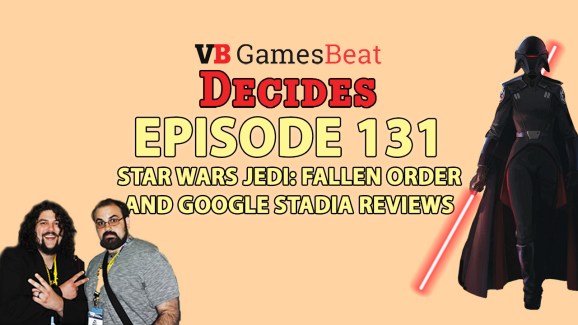 Star Wars is good. Google Stadia is less so.

November is flying by at an irresponsible pace, but that means we are almost on “the other side of games” for 2019. On the GamesBeat Decides podcast this week, the crew talks about some of the last big releases for the year in Google Stadia, Star Wars Jedi: Fallen Order, and Pokémon Sword and Shield. Join us, won’t you?

In the news, the GamesBeat Decides team covers the recent NPD sales report for October. Valve is making a Half-Life game, apparently? Also, Microsoft made some new announcements, Amy Hennig has a new gig, and Epic Games helped to make The Mandalorian.