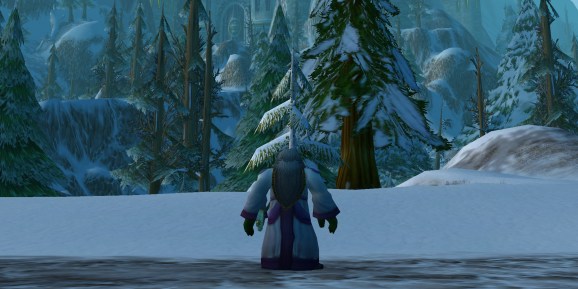 Blizzard Entertainment announced today on the World of Warcraft: Classic message boards that the Battlegrounds player-vs.-player mode will be coming December 10.

On November 15, Blizzard released the honor system to Classic. This gives players honor points whenever they kill “honorable” targets, mostly other players on the other faction that are near their level. You can then use those points to buy things like mounts. However, this has caused some big headaches, as players eager for honor points are just camping areas where slightly lower-leveled players congregate.

This is making the game difficult to play for some, especially players close to level 60 (like me, grrrrr). It’s especially bad if you’re on a server with a lopsided Horde/Alliance population (also me, weeeee). When Battlegrounds are out, players seeking honor points will have a more efficient and fun way to do so, doing things like trying to capture a flag instead of camping at an Alliance flight path.

World of Warcraft: Classic came out on August 26, bringing back the popular MMO to a state it was like before any of its expansions launched. It shares the same subscription as the normal version of WoW, and the introduction of Classic has helped give player numbers a big boost.