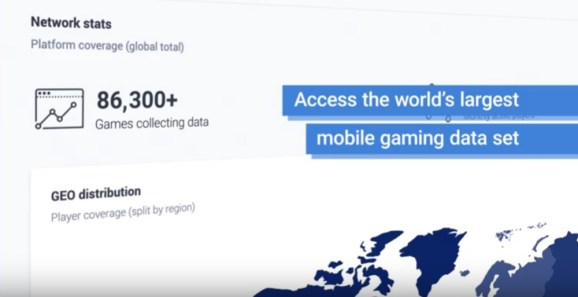 In addition to these metrics, Benchmarks+ lets users drill down into the top 5%, 10%, and 20% of games, drawing on data spanning all gaming genres from 2016 to the present day.

The data is anonymized so that competitors can’t use it to figure out exact download or revenue numbers for their rivals, said Ioana Hreninciuc, CEO at GameAnalytics, in an interview with GamesBeat. But it’s still quite useful in seeing how a company’s games compare to the top ones in the market.

“We see a lot of their traffic and everybody comes to us like to ask about each other,” Hreninciuc said. “But we don’t disclose that because our relationships with these people are very important to us. And they trust us with their data. But we want to show how this data has value. So we created this Benchmark+ report that looks at the performance of games across different performance tiers. So the top 5% of games is something that we can show.”

According to GameAnalytics, it’s the largest game intelligence platform of its kind. GameAnalytics has already published several popular benchmarking reports highlighting the median and top 15% to 25% performance quantiles. In contrast, Benchmarks+ gives users far more flexibility and granularity to perform detailed market research at the KPI, player and genre level.

Currently the platform provides aggregated data for a variety of metrics, including Retention (day one, day seven, and day 28), session length, average revenue per paying user, average revenue per daily active user, and conversion of non-payers to payers for more than 16 genres.

The company said this is the only tool showcasing real, measured product data for this scale of games. GameAnalytics is offering a 30% discount for all users who sign-up before December 3. This limited-time discount covers six months full access to the service at the reduced rate. Early bird users will also get a say on planned future updates and features, via an inbuilt voting system.

Hreninciuc said that executives at game companies have been asking for this kind of data for a couple of years. China’s mobile ad company Mobvista acquired GameAnalytics in 2016.

She said that one of the big trends in the market has been the rise of hyper-casual games, which can be played in a matter of seconds or minutes. Those games took off in the last couple of years, but now the novelty is wearing off, and companies may be better off just focusing on stronger games, she said.

“Hyper-casual is driving lower retention on the one hand, but it is also helping to expand the market with very simple games,” she said. “The games are not lasting as long as they were. Maybe a few weeks. But any game that has multiple millions of players per day tends to stay a big game for months.

Rivals include Sensor Tower and App Annie, as well as the app stores. GameAnalytics offers its data on a regional basis as well, so developers can look at where their type of games are the strongest.