N3twork, the maker of the hit mobile game Legendary, has raised $40 million for its live game-publishing platform, which helps mobile game developers scale up their games and reach wider audiences.

The San Francisco-based N3twork has a big hit with Legendary, and it is applying what it’s learned to help other mobile games take off with its own live games publishing platform.

The funding will help it expand its own first-party games and launch its live games publishing platform and its media and audience network.

The investment came from Griffin Gaming Partners, Galaxy Digital via its Galaxy Digital EOS VC Fund, KPCB Holdings, Korea Investment Partners, TABLE, Blue Planet Software, and Ocean Road. As part of the round, former Lionsgate Interactive president and Griffin partner Peter Levin has joined the board of directors. This is Griffin’s first investment as a new game-focused fund.

“We’re going to use those funds to accelerate business along all three of our lines of business,” said Neil Young, CEO of N3twork, in an interview with GamesBeat. “We think you need to think beyond just the development of games and look across that full stack of what you need to build. We are building the full stack. So that means we not only create games, but also create those technologies and services for people to make games successful. And then of course, the creation of an audience network that connects this together with people who play games.”

N3twork’s vision is built on three pillars: developing a diverse portfolio of engaging games, providing a live games publishing platform for developers, and building an audience network to cultivate lasting fan experiences by fusing media, messaging, and information together with their favorite games. The company’s recent funding round will accelerate investment across all areas of the business.

“N3twork has a clear vision to build the next great games company, leveraging the power of a modern media company model,” said Peter Levin, managing director of Griffin Gaming Partners, in a statement. “N3twork has all the ingredients of a company of destiny: a great team, a great structure to build a growing and virtuous cycle around games & communities, and an advanced platform that underpins its ability to serve live games and their audiences.” 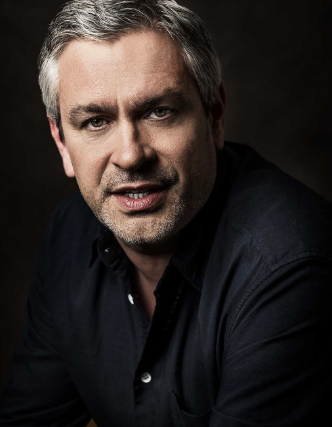 Above: Neil Young is CEO of N3twork

THE N3twork, the company’s media and community app, has been in testing and will be fully deployed in 2020 both to players and as a tool for developer partners to build direct relationships with their communities

He added, “Another area of investment is the Scale Platform itself that continues to accelerate where we’re adding so five to seven partners a month right now. So we’re really excited to see how that product helps developers in building out out their businesses. It’s hard to make a great game. But in some cases, it’s also really hard to put that in front of customers and scale that up. And we’ve learned so much about building media and the community around Legendary. We think the creation of media content is a key factor in helping retain a customer base. That’s another part of the business.”