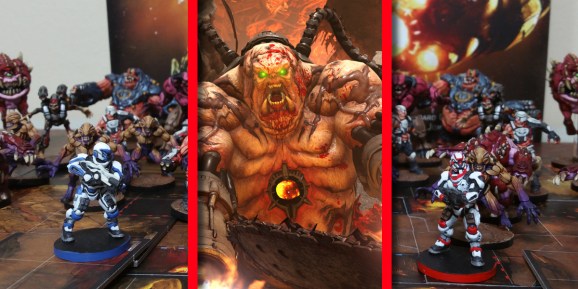 The relationship between the world of cardboard-and-tokens physical games and their digital cousins has always been complicated. Though they’ve both grown exponentially in recent years, and each continues to influence the other, historically, there’s been a divide between the two industries that only the biggest names could surmount, like Monopoly and Scrabble.

But as board games enjoy an undisputed golden age — ranging from divisive, well-worn “classics” like Monopoly or Scrabble to elegant party games such as Codenames or Avalon — a few designers in both camps have begun to acknowledge the shared DNA of the biggest entertainment industry in the world and what is still regarded as a niche by many outsiders. Since the early 2010s, physical adaptations of blockbuster video games have become more common, with the likes of id Software’s iconic Doom receiving no less than two editions of a demon-blasting physical equivalent, and a 2017 board game based on From Software’s crumbled fantasy action-role-playing game Dark Souls.

From hell to cardboard

Though these big-name licenses ensure that these adaptations of video games garner a lot more eyeballs, they can present their own challenges. Just ask Jonathan Ying, the designer behind the second edition of Fantasy Flight’s Doom: The Board Game. In his mind, capturing the sheer kineticism of blasting a dozen imps with a rocket launcher in turn-based combat can be a lot harder than it seems. “On one hand, designing a licensed game can seem a lot easier than your own intellectual property, because you basically know what it looks and feels like,” Ying says. “I’m not going to make a Doom game that isn’t about killing demons with big guns, that’s what Doom has always been. On the other hand, capturing what is essentially a reflex-based, real-time experience can be really hard, especially with turn-based combat. That part is typically the most difficult of designing a licensed game.”

The Doom board game shares many mechanics in common with Star Wars: Imperial Assault, another highly successful 1-vs.-many strategy game from Fantasy Flight. (As with a lot of board games that put a premium on strategic combat, one player serves as the GM that controls the monsters, while the other players team up against them). Through the playtesting process, Ying and the rest of the team made several changes to better reflect the visceral, faintly ridiculous fiction of the Doom universe.

In the initial version, the marines were too fragile, falling to only a handful of smaller monsters, far from the “rip and tear” hyper-masculine power fantasy of the source material. Rather than the scrappy rebels of Imperial Assault, these marines needed to feel like horde-clearing action heroes. “It quickly became clear that we needed to boost the survivability of the marines, and to give the other side a lot more monsters,” Ying says, laughing. He also cites the inclusion of the 2016 Doom’s glory kill system, which enables the “Doom Slayer” to gratuitously disembowel a demon on the verge of death in order to gain back some much-needed health. According to Ying, this is a prime example of a brilliant video game mechanic that doesn’t translate well to the delicate action economy of a turn-based physical game. Eventually, Ying decided that if a monster took enough damage, a marine could remove them from the board by simply moving into their square, as in chess, which allows them to recover some health and draw an additional resource card. “It’s not quite as fun as ripping them apart in the game, but it’s the same basic idea,” Ying says. 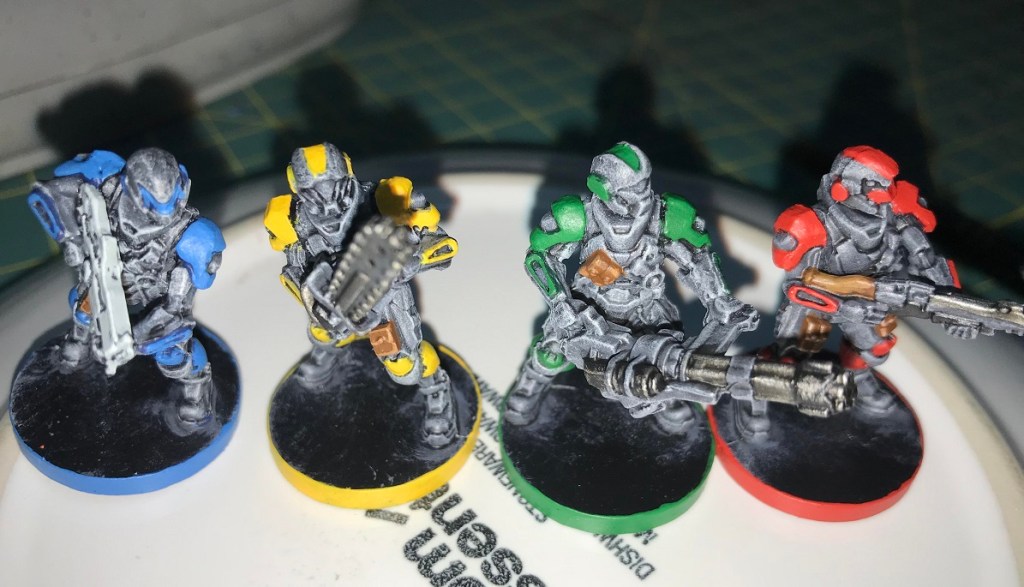 Above: The Doom board game uses painted miniatures.

While Ying says that he enjoys adapting someone else’s property just as much as he likes designing his own concepts from scratch, there’s a hidden cost to most licenses: Like it or not, they date your work. Durable mega-franchises like Star Wars will always remain relevant to a core audience of fanatics, but the Doom board game was specifically tied to the release of the 2016 reboot, thus giving it a shorter shelf-life than many other games of its type. In Ying’s view, when most people go to pick up a board game from their local shop, they tend to pick from a list of fifty or so titles that have become canonical, with the rules-light Munchkin on one end and the great bulwark of Cold War simulator Twilight Struggle on the other. “Very few games that make it that far have licenses,” he says. “They have their own themes.”

Of course, not every designer who sets out to adapt their favorite video game into a tabletop thriller has money on their mind; in fact, many fans adopt cult games for their own amusement, usually using the 20-sided dice rolling of Dungeons & Dragons as a base. While these projects are usually the work of dedicated hobbyists who rarely see a penny for their efforts, the actual quality of the products can sometimes approach a professional standard. With hit shows like Critical Role and Not Another D&D Podcast helping contribute to the raucous popularity of the 5th edition of D&D, it’s no surprise that creators are using the game as a launching pad for their own “homebrew” projects.

A ruleset known as “Darker Dungeons” is an exemplar of this form. Developed by a Redditor who gave only the handle “Giffyglyph,” the game takes many cues from the indie video game Darkest Dungeon, which replaces the pesky goblins and imposing owlbears of typical D&D with the cosmic horror and creeping madness of H.P. Lovecraft. Giffyglyph describes the game less as a direct adaptation of its digital namesake and more than a tabletop-ized take on its eldritch conceits. He became determined to write his own version of “5E” when he realized just how much the game had erased elements that he deemed central to the appeal of D&D, especially the possibility of character death, which is much lower in 5th edition than in previous incarnations of the role-playing game.