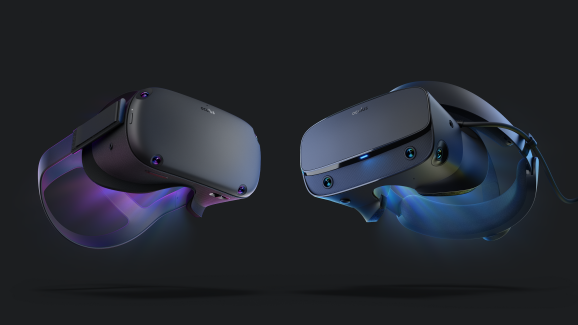 The Oculus Quest (left) and the Oculus Rift launch May 21.

Is your Oculus Rift S cable twisted beyond recognition? Facebook is now selling a replacement cable — but it’s pricey. The Oculus Rift S Optical Cable is $79 in the U.S., 89€ in Europe, and £79 in the UK.

That seems steep, especially compared to the original Rift cable, which was $49. However, that was a 4-meter cable, whereas the Rift S cable is 5 meters. High bandwidth signals like USB and DisplayPort degrade quickly over distance — and preventing this is costly.

VR cables tend to be frequently moved and tugged during use, so it’s common for cables to become significantly tangled or twisted. Cables can also be eaten by pets, or simply stop working out of warranty.

While $79 is a lot of money for a cable, it’s at least better than having to re-buy the entire headset. Facebook no longer sells replacement cables for the original Oculus Rift, which has resulted in anger from long-time owners of the 2016 headset at being put in that very situation. Back in September Facebook told us that it was “evaluating options” for these customers, but hasn’t said anything since.

The upcoming Oculus Link Cable, a 5-meter fiber optic USB 3.0 cable for the Oculus Quest, will also be priced at $79. However, it will initially only be available in “limited quantities,” reportedly. Facebook tells us it will “expand availability” in 2020.

Right now PC VR cables are still proprietary. But if future headsets adopt a standard with a USB Type-C, either from the current VirtualLink standard or a revised successor, we could one day see generic VR cables from third-party sources, which would bring prices down.