I often joke that I’m a grumpy copy editor — bitter, dark, and full of annoyance for your cliches and drab writing. Yet those who know me know that I’m only like that when I edit. Most of the time, I’m a jolly doofus. And I love the holidays with every little fire in my geeky heart, almost as much as I love giving gifts to my friends and family.

But the idea behind this guide isn’t to just give you suggestions on things people are searching for. I’m too ornery for that! No, this list is a chronicling of items I think appeal to my cohort: old geeks. (And yes, you cynical readers, you can read this is a list of items I might want). But I’ve played with, read, use many of the ideas below, so it’s not a blatant “Get me this, people!” list for my friends and families.

I enjoyed most of these, and I hope the old, ornery geeks in your life will, too. And check out all of our Black Friday/holiday gift guides for 2019.

The Rage of Dragons 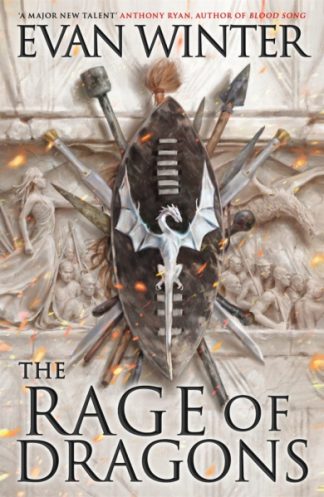 Evan Winter’s debut novel is a riveting tale that takes some fantasy tropes and throws them out for a dragon to burn. It takes place in a land that takes inspiration from African legends and peoples. It features a young boy who has a plan for this future in a realm where the rich and powerful keep the other classes down. Tragedy strikes, and vengeance becomes his driving force as he masters the weapons of war and the focus of a supreme warrior in this tale of demons, dragons, dark magic, and powerful emotions.

Where to buy: Hatchet | Amazon

The Poppy War and The Dragon Republic 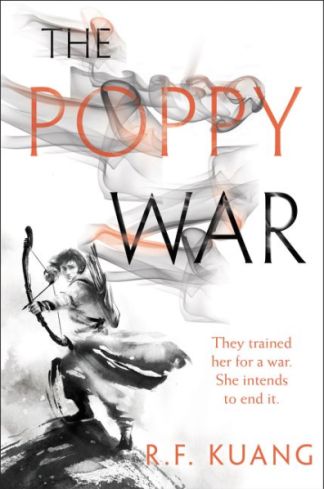 This is another story about rage. In this one, a young woman from a dirt-poor province throws herself into her studies on the slim hope of passing an exam to an elite school. She nails it, going to the top school in the empire and diving into her studies to become a soldier. But through her training, she discovers she can tap mystical powers … and that behind all her actions, a fiery rage drives her. Through war and unimaginable genocides, Rin learns about her powers, her friends, and where her rage fits into the worlds. R.F. Kuang’s tale will fascinate and horrify, and I was both touched and astounded as I read through these books.

Where to buy: The Poppy War | The Dragon Republic 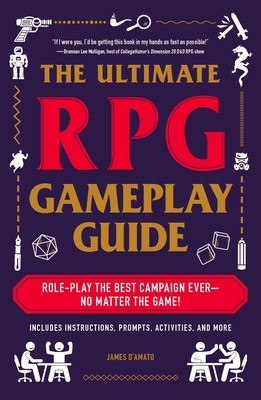 Dungeons & Dragons continues to enjoy a prominence it hasn’t seen since its heyday in the 1980s, and liveplay shows such as Critical Role and Rivals of Waterdeep help bring in a new audience. But these players may all be a little reluctant, embarrassed, or just feel like they don’t know how to role-play. This book is a good primer on the ins-and-outs of playing an RPG, but it could also be useful for those thinking about acting or doing other role-playing exercises (such as at work).

Where to buy: IndieBound | Amazon 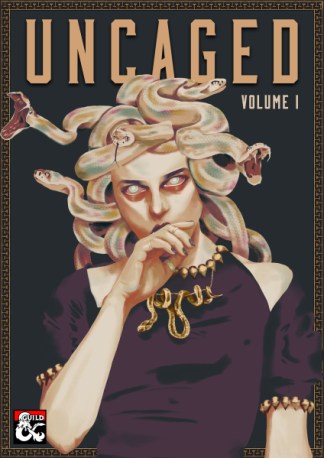 This is an anthology of D&D modules is different than most — it’s a collection of adventures focusing on feminine monsters written by women (editor Ashley Warren later told me I was incorrect and that this includes contributions from nonbinary, trans, and cis creators as well). And it’s fantastic, resetting tropes and subverting your expectations from the first module. This collection has three volumes, and throughout, you’ll enjoy the writing and different perspective on D&D monsters. You can buy it as a PDF, or you can follow my example and get it as a print-on-demand hardbound.

The Monsters Know What They’re Doing 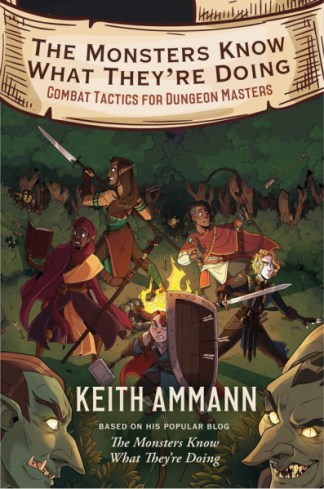 Dungeon Masters face a number of challenges, but one of those I’ve struggled with most are tactics. I’m not a military mastermind, and the various classes and types of monsters in D&D have so many different abilities, intelligence ratings, and such, that it can be daunting to figure out how to best approach their tactics.

Keith Ammann runs a blog called “The Monsters Know What They’re Doing.” It’s a fantastic resource, and he’s compiled it into a book. It’s an engaging read for those who want insight into how monsters behave in combat … or want to take a little extra know-how into the next combat with their friends against the dragons and demons your DM may throw at you.

Where to buy: IndieBound | Amazon 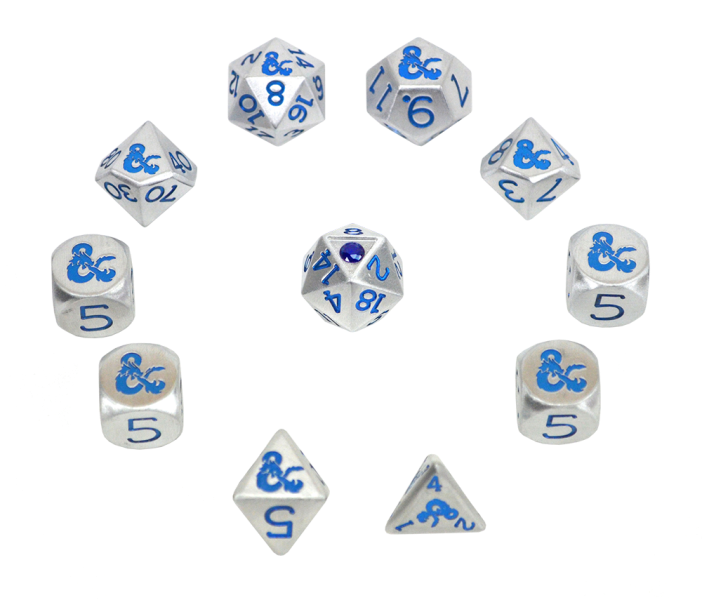 D&D and I have a few things in common, including our age — we’re both 45 this year. Wizards of the Coast is celebrating with this magnificent set of dice. They’re gorgeous … and pricey, too. This is the one gift I doubt I’ll find myself rolling this year, but if you have a RPG fanatic in your life and $300, Wizards of the Coast has a fantastic gift. This set from Level Up dice has a lab-grown sapphire in it. They’re stunning.

And, yes, if I owned a set, I’d definitely play with them. When they’re on sale, of course.

Update, 10:50 a.m. Thursday, December 12 — these are now available at Wizards of the Coast’s website.

Where to buy: N/A 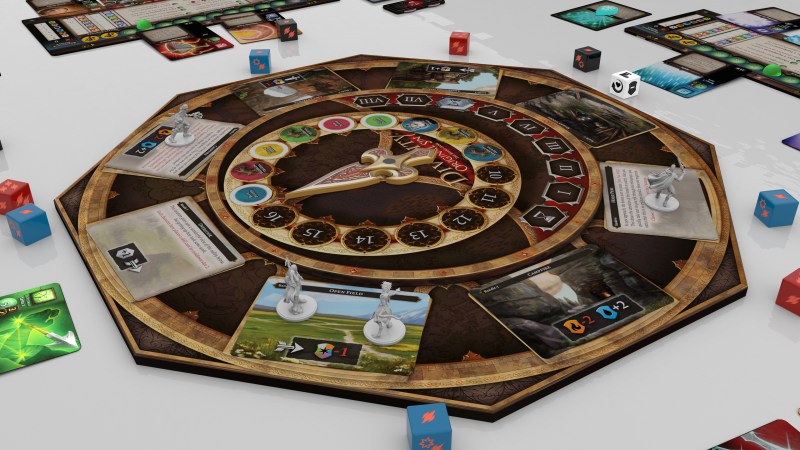 I tend to pick items I’ve enjoyed over the year for this list, but I couldn’t resist adding this board game I backed on Kickstarter earlier this week. Divinity: Original Sin and its sequel are two of the best RPG video games of the past decade. Larian Studios has put so much care and thought into the world it’s created for the Original Sin titles, and I’m eager to see how these translate to a board game. The board, cards, and pieces are gorgeous. Larian is working with Lynnvander Games, which has worked with publishers such as IDW, Wizkids, and Catalyst on numerous tabletop projects. It’s another pricey gift, but it looks like it’s worth it for any fan of Original Sin.

Where to back: Kickstarter

My kids are wild for Legos. They have buckets of the bricks, and one of my favorite ways to spend time with them is to sit in their rooms, dump a bunch of pieces on the carpet, and go to town. We’ve already built a fantastic AT-AT set together, and I’ve got a Super Star Destroyer sitting in the closet, just waiting for a rainy day (or week).

As much as I love that Super Star Destroyer, I would rather build this puppy first. This is the most detailed Star Destroyer that Lego has ever produced. It even has a little C90 Corvette, the ship that carried Princess Leia in her attempt to reach Obi-Wan Kenobi on Tatooine. Again, it’s another pricey gift, but it’s a must for collectors.

Where to buy: Lego Store 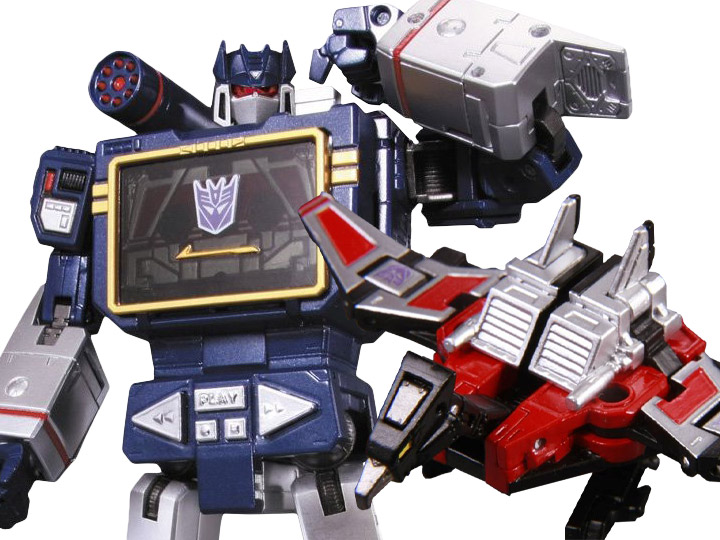 Growing up, Transformers held a special place in my heart. The first holiday after my Dad remarried following my mother’s death, my new grandparents got my brother and me Transformers. And my favorite was Soundwave (the original Generation 1 bot). He turned into a Walkman! He had other bots with him — cassettes that turned into birds and panthers. And he has the best voice of them all in the cartoon.

I have the Soundwave from the recent Siege toyline, but I’d love to add this Masterpiece example to my desk.

I have one silly Xmas sweater that I’ve worn to death, and it’s time to get another one. So I found a fantastic Darth Vader on Merchoid, and it came in two days ago. And I love it. It captures the fun of the holidays for me while also helping me look, well, decent without being straight-laced and boring, which I hate. I’m looking forward to showing up at my Mom’s wearing this, and I know my kids are going to get a hoot out of it.

Where to buy: Merchoid