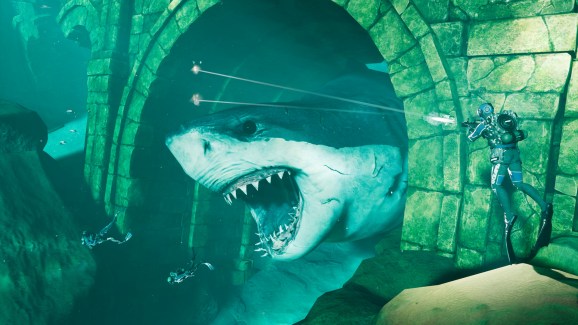 One of the most important elements to creating a believable digital world is audio. Good audio can keep you engrossed in an epic WWII storyline as bullets and explosions rain down on the battlefield, or it can steadily increase your heart rate as you try to sneak past a group of shambling zombies.

For many developers, the key to creating an immersive auditory experience is Audiokinetic’s Wwise. Wwise contains a powerful suite of tools that enable studios to create a dynamic range of music and sound effects for their projects. Over 500 games are made with the audio software every year.

But it’s easy to just toss numbers out like that without backing them up with real stories. So to find out more specific examples of how Wwise benefits developers, we interviewed three studios — Digital Confectioners, New World Interactive, and Skydance Interactive — about how it became an essential part of their process and why they couldn’t have made their games without it. 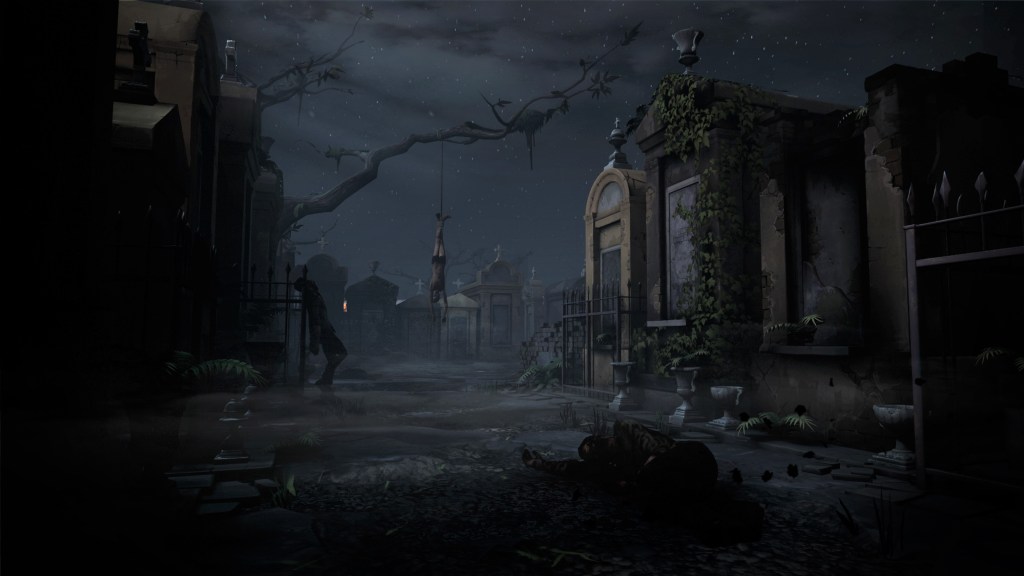 New Zealand-based Digital Confectioners is working on Last Tide, a competitive multiplayer game between humans and sharks (it’s out for PC on Steam early access). Because of its setting, the team had to pay special attention to the game’s audio as they tried to strike a balance between what would sound realistic underwater versus what would actually be fun and entertaining.

Technical director James Tan said Wwise was vital for Last Tide because it sped up their workflow, giving the sound designers more control over the audio assets and thus freeing up the rest of the team for other tasks.

“For us as gameplay developers or audio engineers, we just take care of the harder problems and we just say, ‘Okay, here’s how the data is going to fit into Wwise,’” said Tan. “Once you have the data, now you can do things. For example, we have planes that fly overhead in the game, and we created a Doppler-like effect so you can tell which direction the plane was coming from.

“And so we talked to the sound engineer on the other end, and they just mentioned, ‘Okay, here’s the kind of data that we need.’ And we took care of that part, and Wwise just helps facilitate all of that.”

Wwise allowed the developers to create a more complex soundscape for Last Tide, giving players all the sensory information they need to hunt down the opposing team.

“We wanted people to know exactly where they were being shot from, where they’ve been, how they died, what weapon was used, and a lot of those kinds of concepts,” said Tan. 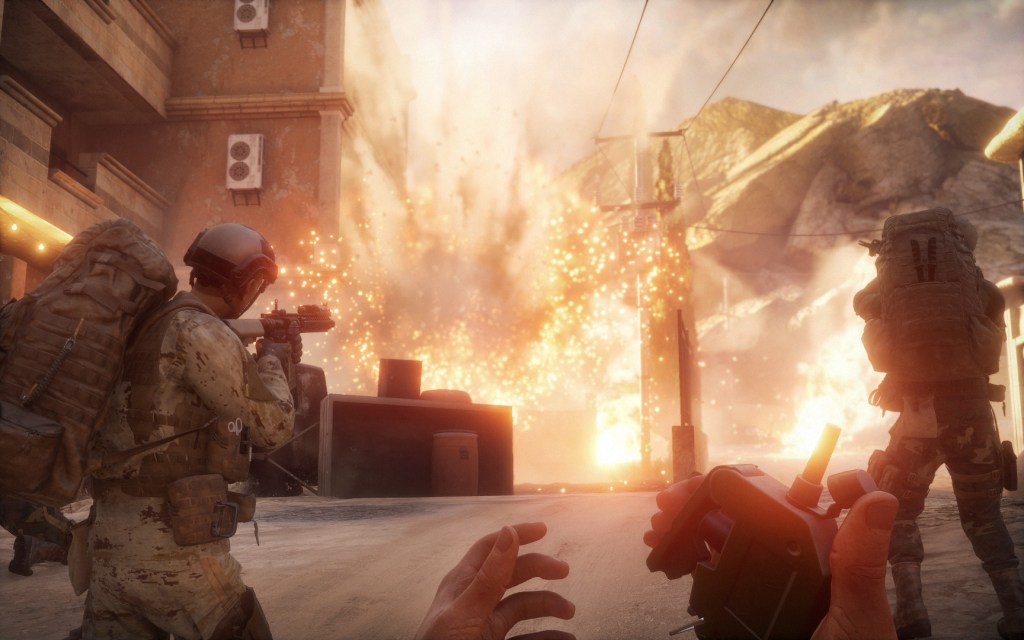 For New World Interactive, Wwise opened up, well, a whole new world of possibilities for lone sound designer Mark Winter. Last year, the company released Insurgency: Sandstorm, the latest in its growing line of realistic first-person military shooters. Sandstorm is the team’s most ambitious project to date, representing a generational leap in terms of both gameplay and audio compared to its older games Insurgency and Day of Infamy.

While both were built on Valve’s Source engine (Winter was the audio lead on them as well), Sandstorm was New World’s first title to use Wwise.

“It wasn’t really until we got to Sandstorm and we integrated Wwise with Unreal Engine 4 that we really started having more limitless possibilities with what we could do with game audio, and we really wanted to push that aspect for Sandstorm,” said Winter. “It was kind of like suddenly having all this unbridled freedom in terms of what I could actually do and the systems that we could integrate.”

In New World’s previous games, Winter could only use a handful of audio assets for all the weapons. But with Sandstorm, he was able to mix and incorporate hundreds of field recordings from an audio library.

“We have about 10 different layers for each weapon, which includes a weapon core, the sub base, the mechanism, the environmental noise details. And we can crossfade and manipulate all of that over distance. … So yeah, we’ve come a long way. Each of those 10 layers can have between five and 15 individual assets for them,” he said.

As a result, each weapon has a unique sound, which makes it easier for players to identify the threats they’re facing. And that kind of information is important in a game like Sandstorm, where the HUD is sparse compared to other multiplayer shooters.

“Wwise gives us a lot more bang for our buck because I can feed it a small amount of variations for a particular sound, but then I can let it offset things like the timing, the pitch, how the layers interact with each other every time the sounds play back. So you can get a lot of variation from a smaller pool of assets and that worked really well for us and it’s something I’m very grateful for,” said Winter. 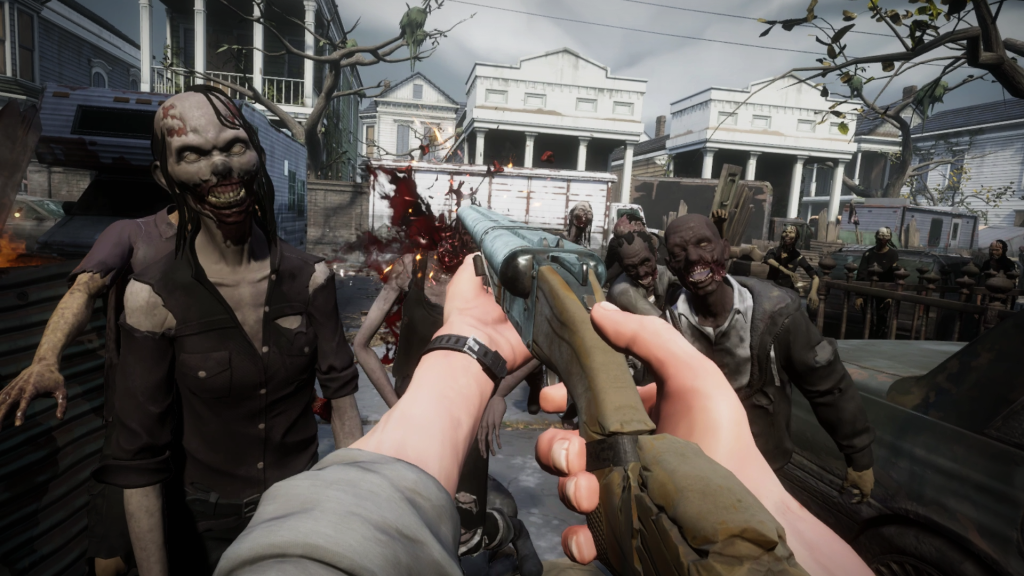 Using all your senses

In virtual reality, immersive sound is crucial to creating a sense of presence — of feeling like you’re actually inhabiting the VR world. And that’s especially true for a game like The Walking Dead: Saints and Sinners, a stealth survival game based on the popular comic book series (coming to VR platforms January 23, 2020).

In Saints and Sinners, you’ll explore a post-apocalyptic New Orleans filled with both zombies (or “walkers” in franchise parlance) and fellow human survivors who may or may not help you. The sounds you make — and the sounds given off by others — can mean the difference between life or death. To achieve this effect, Skydance Interactive opted to use Wwise because of its spatial audio capabilities.

“I can tell whether it’s coming from the left or from the right, which means I can set up my defensive position and be able to attack it before it attacks me.”

When Skydance started working on the game, they found that Wwise couldn’t quite match their ambition for Saints and Sinners. But thankfully, that changed when Audiokinetic updated the software.

“One of the great challenges we faced when we first took on the game was that our demands of the system, the size and scope of our environments, the complexity, was beyond the performance of Wwise at first. But in their update this year, they did a massive amount of optimization, especially with the spatial audio and reflecting systems. And we were able to turn on a bunch of the high-fidelity features that we had to turn off when we were on the 2018 version of the software,” said Akemann.

“So we were able to deliver pretty much the full power of what the system can do. Wwise has been ramping up their support for larger scale titles, and making this stuff viable for even a game of our complexity, which I think is pushing the bounds of what anybody is doing in VR right now.”