Genvid Technologies has raised $27 million in funding for its interactive streaming engine. Galaxy Interactive, the division of merchant bank Galaxy Digital, led the round, bringing the startup’s total funding raised to $47 million.

The New York-based Genvid‘s interactive streaming engine enables customers to monetize livestreams through sponsorships and in-stream purchases. Genvid CEO Jacob Navok said in an interview with GamesBeat that his company aims to make spectating games and esports on streams more interesting and interactive for players.

Genvid uses its cloud streaming technology to create new kinds of services, such as interactive streams for esports tournaments that are broadcast to platforms such as Twitch, YouTube, and others. It can, for instance, enable viewers to spectate an esports match where they can change which esports athlete they are following on the fly. Advertisers can also show unique ads to the viewers based on the viewers’ likes. Japan’s NTT Docomo recently used Genvid at the Tokyo Game Show to host an interactive streaming event to show how 5G wireless data would transform gaming.

“From the very beginning, we were talking about building tools for video game developers to create new experiences over streams,” Navok said. “We started with esports, and we showcased new content at the Game Developers Conference this year. New games with new engines that are being built on top of Genvid. We are investing in tools for them so we can further accelerate our growth.” 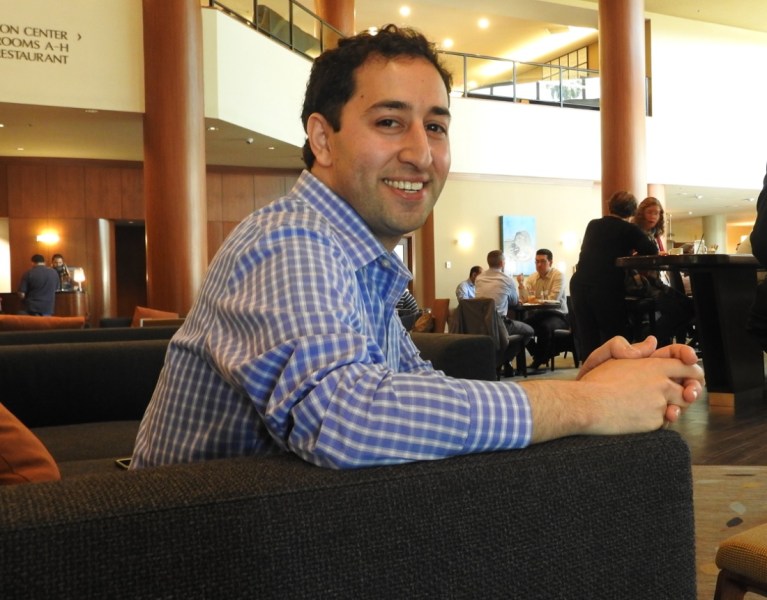 The company has been building and maintaining the tools, and that requires that the company invest more in staffing to make sure it can deliver the features that developers want.

“Interactive streaming is really the merger of video games and traditional media,” he said. “We’re enabling every individual viewer to have their own unique interactive layer. If they want to watch a certain player on an esports team, they can do so. We’ve also been building a backend suite of tools that allows the developer create or to manage that instance, deploy it once and take it cross platform.”

Navok said that Genvid is also creating new businesses based on the interactive streaming technology. Some are sports-related projects that allow viewers to interactive with live sports streams. Other projects are related to gaming content that is being developed with Genvid from the ground up. And Genvid is working on a new live television format where a user can change what happens in the live show.

“We’ve got a pipeline of content that will be coming out in the next couple of years,” Navok said. “We started life as an SDK for games. And now we’re expanding to sports and media. So I want to build teams that will work with media companies and sports companies. We already have a couple of prototypes that we’re working on in the space where you can do interactive streaming while watching the sports broadcast, or watching reality TV show. And real-time engage with cast members. My real dream for this is in the future is having an interactive American Ninja Warrior where the interactivity is happening in real time.”

He added, “With a big media company, we need to be able to go to them with white gloves and say we’ll help you build this and provide the following services for you. And I think that one of the biggest value propositions that we’ve had as a company is that we can work with them very closely.”

Indie game developers and major game publishers are actively creating new streaming experiences that the company said are only possible with Genvid’s tech stack. Genvid’s technology has already been used in many ways, most recently, powering the latest Counter-Strike: Global Offensive finals on Twitch.

The new funds will be used to further accelerate Genvid’s SDK feature development, as well as build an end-to-end services platform for developers who need live operations, integration, web development for their interactive streams. Additionally, the company will expand its business development efforts beyond the game industry into media and sports, since Genvid’s tech works as well with streaming video as it does with game-engine rendered content.

“We are already the standard toolkit for developers looking to bring rich, two-way, real time interactivity to their games and broadcast,” says Navok. “Our core tools will continue to improve as new features are added to take advantage of 5G, growth in interactive television, and to support the many new digital media formats being created by independent developers in partnership with Genvid, such as the metaverse-like experiences of Pipeworks Studio’s Project Eleusis.” 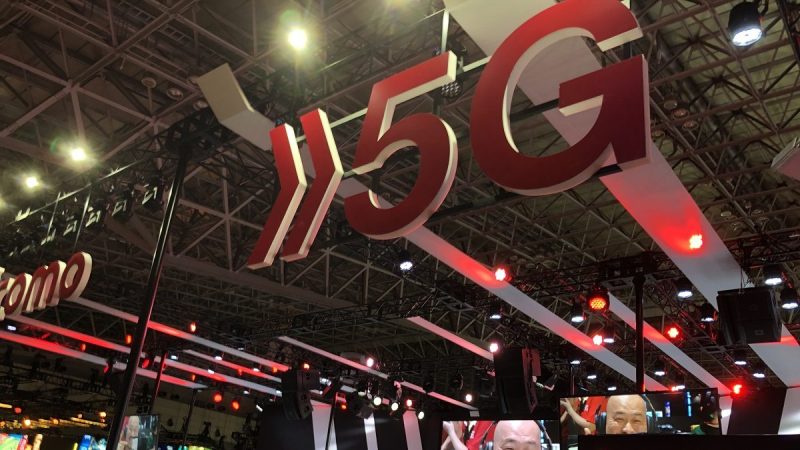 Above: Genvid and NTT Docomo show off a 5G LAN party at the Tokyo Game Show.

New York’s Galaxy Interactive (a division of merchant bank Galaxy Digital) focuses exclusively on the fast-growing interactive content and technology space, with an emphasis on investments in video game studios, esports, and more.

Sam Englebardt, head of Galaxy Interactive, will join Genvid’s board. “Galaxy Interactive and Genvid share the same vision,” said Englebardt, in a statement. “We are strongly aligned around the belief that interactive streaming will be integral to the next major expansion of the gaming market. Genvid’s technology will significantly grow the overall user base beyond traditional gamers themselves and unlock powerful new forms of content creation, consumption and monetization.”

He added, “I believe every company in our portfolio, especially those which are utilizing blockchain and other technologies for the creation and ownership of digital goods, will benefit tremendously from the way Genvid’s technology will marry their products to the rapidly expanding streaming content infrastructure.”

Together with Galaxy Interactive, Genvid’s board and investor base gives it insight into esports, game, media companies, and other emerging technologies like blockchain and virtual and augmented reality.

“For our investors, we focused on people who understand the industry and these kinds of tools are necessary,” Navok said.

Additionally, Genvid is announcing two new advisors who have been assisting Genvid over the last year. Matthew Ball is the former head of strategy for Amazon Studios with a media focus, while Anna Sweet spent six years driving the growth of the Steam platform at Valve, led content strategy at Oculus and is now a games industry investor and advisor.

“The media industry has spent most of the last decade focused on shifting content online and figuring out how to charge for it,” said Matthew Ball, in a statement. “The next decade will be about reinventing this content and creating brand new formats native to digital delivery. Interactivity will be at the core of this opportunity. And Genvid will be one of the key enablers of and creative partners behind these experiences.”

Genvid is also announcing the establishment of its European office in Berlin for business development and technical support, and its live operations office in Irvine, California to oversee infrastructure for clients. Founded in 2016, the company has over 50 employees in six offices worldwide, including New York, Montreal, Santa Monica, Irvine, Berlin and Tokyo.

Navok said that there are a lot of megafunds in a kind of arms race, rushing to invest a lot of money in promising startups. But he said his company actively avoided raising expectations and valuations too high.

“The second thing that we’re going to be using the funds for is to build softtware-as-a-service (SaaS) around our SDK,” Navok said. “Is today, we’re an SDK. And we want to build a SAS around the SDK a suite of services. When we started the company, we decided not to focus on a consumer platform. We imagined a suite of services for game developers, like live operations and support, and integration help. We want to do this kind of work, but for interactive streaming. If you are deploying interactive streaming to Twitch or YouTube and you need support, I want to build that for you.”