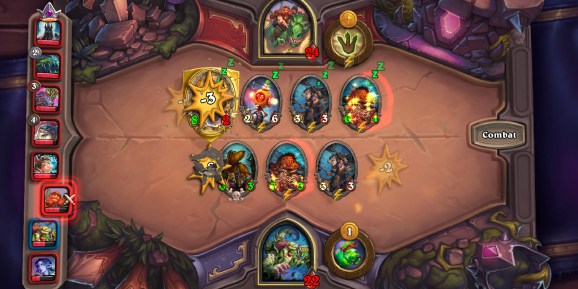 Hearthstone launched its newest game mode, Battlegrounds, in a beta test earlier this month. Battlegrounds takes inspiration from the emerging auto chess genre, and it has given the digital card game’s fans a new way to play.

Battlegrounds has already seen some big changes, including a large update on November 19 that added four new heroes, balanced some cards, and rotated out four other heroes. I talked with Hearthstone lead game designer Mike Donais and game designer Conor Kou about these early changes and what’s coming in Battlegrounds’ future.

GamesBeat: Are you happy with how the update has changed Battlegrounds?

Conor Kou: Yeah, we’re super-happy about it. Moving Junkbot to Tier 5, for example, really started to shake up what people were building. We saw people playing ping stuff. It also just opened up possibilities for people to start exploring again, re-exploring the mode and trying to figure out what’s good.

GamesBeat: Are you happy about where mechs are now? They got nerfed, but are they still too strong?

Kou: We have a couple of different mechs in particular that you can play in Battlegrounds. We’re trying to constantly watch as the meta evolves again.

Mike Donais: I think mechs are actually in a pretty good spot. If anything, we’ll buff the other strategies, rather than nerfing mechs. 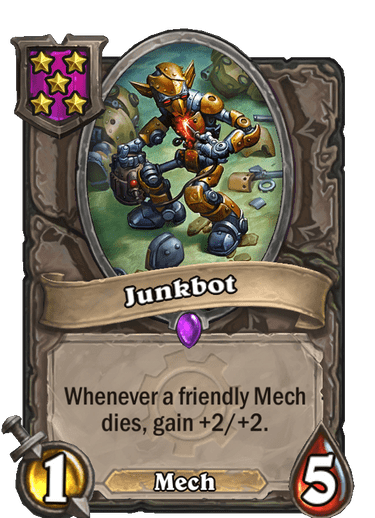 GamesBeat: Speaking of buffing the other strategies, is there anything you’re thinking about with demons to give them a bit of a boost in the late game?

Kou: Yeah, we’re trying to figure out more demons that you can bring into Battlegrounds. Coming up reasonably soon, we’ll be bringing in another collectible demon, which is Floating Watcher [a 4/4 Demon that gains 2/2 whenever your hero takes damage]. We’re trying to open up possibilities for different archetypes in demons to make demons stronger.

GamesBeat: Are you concerned about tribal-archetype playstyle dominating, or is that just something you’re OK with design-wise?

Kou: We’re actually super-happy to see that going on. Our tribal synergies are really fun in Hearthstone, and we wanted to highlight that in Battlegrounds. We also really enjoy some of the [Battlecry strategies, and others], an archetype that’s based around Taunt, or Deathrattle. There’s a bunch of mixed-bag Deathrattle archetypes that you can play right now. But they’re harder to put together. We definitely want to build up some non-tribal strategies as well.

GamesBeat: Do you think more tribes will be added? Will we see a dragon package?

Kou: Yeah, we’re really excited to put other tribes in Battlegrounds. We’re planning on bringing in dragons in the future.

Donais: We thought at first that four tribes was the right amount, and we’d have to take one out to make room for another. But we’re playtesting dragons internally, and we think five is a great amount. It’s going to play really well and add a lot of variety. But that won’t be for a few months.

GamesBeat: Out of all the new heroes, a lot of people think Brann Bronzebeard might be a bit too strong. Is that something you’re looking at?

Kou: We’re still waiting to see how the meta shakes out. We know people think Brann is super powerful at first glance. He’s definitely one of our stronger new heroes. We’ll continue to evaluate as we go.

Donais: We’re working on a lot of balance updates. We’re going to do one in December. We’ll bring a lot of heroes closer together, by both nerfing the best ones and buffing the weaker ones. If Brann’s too strong, whatever balance adjustment we do after that, we’ll adjust Brann appropriately. He does seem pretty good, and also a lot of fun to play. 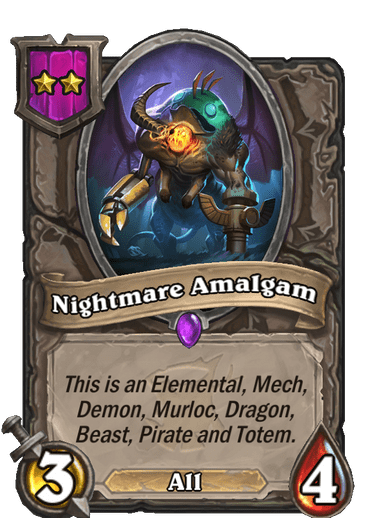 Above: Nightmare Amalgam is a Battlegrounds all-star.

GamesBeat: Nightmare Amalgam seems like a pretty strong card because the synergy with tribes is so important. Is that a card that you’re looking at adjusting?

GamesBeat: You added three of the four League of Explorers, and then Sindragosa. Why leave Reno Jackson out?

Kou: We had started to make all four of the League of Explorers. We had a couple of other heroes that we’d designed, and they were waiting in the wings, so to speak. We went through a couple of iterations on a Reno hero power, but we haven’t gotten to a point where we’re super in love with that. We’re hoping that will be done in the future.

GamesBeat: Right now it seems like a lot of the attention is on Battlegrounds. Is there any worry about that overtaking the standard mode, or is it a healthy thing right now that they’re focused on this, and then maybe they’ll go back to standard when the expansion comes out? 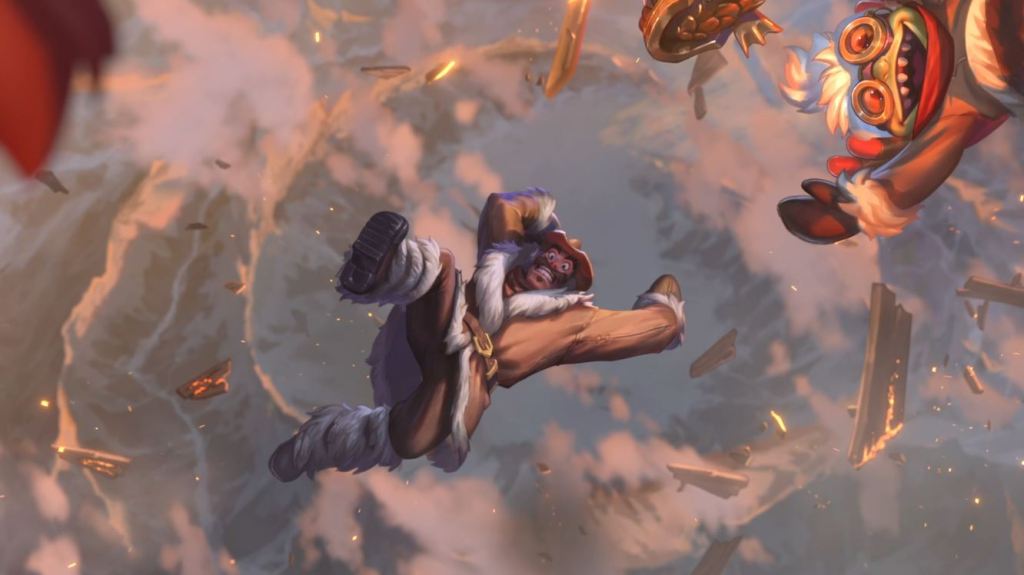 GamesBeat: Battlegrounds is technically in beta right now. At what point would you say it’s out of beta? Is that going to be a big event? Will the game look and feel very different?

Donais: We don’t have any specific goals there. We just want to keep working on it, making sure that it’s fun and playable for a lot of people. We’ll take our time and move forward when we think we’re ready.

GamesBeat: Battlegrounds has had small balance changes and a good-sized update adding the four new heroes and more. Will these kinds of updates be the norm for the mode?

Kou: We’re planning on updating with little balance changes here and there. Maybe new heroes. Maybe we’ll rotate some heroes back in or rotate some heroes out. We’re also planning on having some bigger content drops like we’ve had in other modes of the game. We’ll probably have a bunch more minions coming in there. There will be a much bigger content drop.

GamesBeat: Why did you decide to drop the four heroes out of the game that you did.

Kou: We rotated out the heroes that we felt were a little bit too strong, to reevaluate them. We also rotated out some heroes that we thought were too weak, or where we weren’t super in love with the design. We really like all the characters we have in Battlegrounds, so we definitely want to bring them back. Maybe we’ll bring them back a little stronger or a little weaker or make some changes to their powers.

GamesBeat: What’s next for Battlegrounds?

Donais: We’re going to do a big Hearthstone patch, and there will be some balance changes and probably some new minions, a murlock and a demon. That should be an exciting moment for Battlegrounds. Then we’ll keep updating in January.