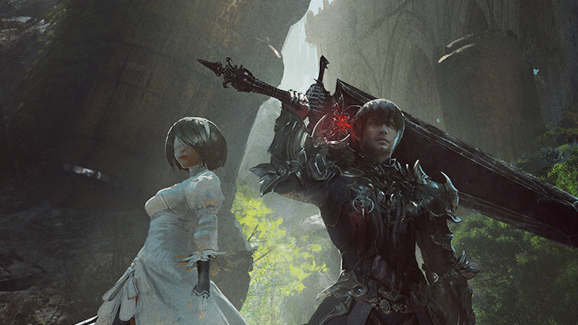 Final Fantasy XIV is one of the games that may launch on the next-gen consoles.

Google Stadia’s launch didn’t make sense. The cloud-gaming service debuted with nearly two dozen games, but they are nearly all premium-priced products that were previously available on other platforms. And few people seem excited to jump into Stadia to buy those games. But the problem with Stadia isn’t the existence of Assassin’s Creed: Odyssey or Mortal Kombat 11. The issue is the almost complete absence of live-service games. The same games that are going to prop up the next-generation PlayStation 5 and Xbox Project Scarlett consoles through their first year.

One Stadia game, however, does make sense. Destiny 2 enables players to bring in their existing saves, and it is complementary as part of the Stadia Pro service. Fans can get it on Stadia and grind missions on their phone and then pick it up on another platform with their friends. But where are all the other live-service games — especially ones that are free-to-play or support cross-platform multiplayer? While acknowledging that porting and business deals for Fortnite or Apex Legends aren’t easy, it still seems inexcusable for a major platform launching in 2019 not to have those games.

And Stadia is going to look especially odd by next holiday. PlayStation 5 and Xbox Scarlett are going to launch with massive support from live-service games. And it makes sense.

While Sony and Microsoft are both focusing a ton of resources on huge first-party games, they are likely not going to release too many of those in the early months of their new systems. Big games require big budgets. And making that money back is a lot easier once a system has a large install base.

PlayStation 5, Xbox Scarlett, and live-service games are going to feed off one another

So God of War 2 and Marvel’s Spider-Man: Electro Boogaloo are definitely coming, but I’m not expecting them to come until holiday 2021 at the earliest. Microsoft is launching Halo Infinite with the Xbox Scarlett. But that actually proves the point.

Halo Infinite is part of the Xbox Game Pass service. And the game debuting on that platform alongside the Xbox Scarlett is going to get people excited to show up and pay $10 per month. Live-service games are likely going to employ a similar strategy.

Fortnite, Apex Legends, Final Fantasy XIV, Rocket League, Warframe, Tom Clancy’s Rainbow Six: Siege, and more are likely going to launch on (or close to) day one on PS5 and Xbox Scarlett. But they will also likely have major in-game updates. They could feature visual upgrades to take advantage of new hardware. Or maybe they’ll have surprising in-game events.

For multiplatform services, new consoles with a few million early adopters are not a limitation. A Fortnite event that coincides with a new PlayStation and Xbox will also work on mobile and PC. And an influx of new or returning players is only a good thing for the existing audience. And service games don’t rely on day-one sales and preorders like product games. Instead, they build momentum over time. And being available on a console at launch is part of that. It’s important to capitalize on that excitement for something new.

Stadia missed out on that. Microsoft and Sony are not going to make that same mistake. And it means that we will have plenty to play on those new boxes while we wait for the marquee blockbuster exclusives.