At 15 years old, Hoa “Anakin” Luu and his dad made the nearly 700-mile journey from his hometown of Atlanta to the sun-bleached southern tip of Miami for Guard Your Grill, a Tekken tournament with a $1,000 payout for first place. That same year the two made an almost equally long trek heading the opposite direction on America’s sunbelt from Atlanta to Houston.

He spent his formative years balancing high school, a job loading trucks for UPS, and Tekken. Competitions for Bandai Namco’s premier 3D fighting game brought him all over the Southeastern U.S. When his parents weren’t able to drive him from tournament to tournament, he dipped into his savings. As he continued to improve and entered college, he was succeeding and occasionally even winning, but only making a small amount of money with this part-time commitment.

When Red Bull approached two years ago, he decided to jump from the high-dive into the deep end. As a top American player with Red Bull behind him, he could travel the globe, competing as far away as South Korea and Japan, and he could commit to improving full-time.

He is one of the few competitors in the fighting game community who can make that claim.

“Playing for the money was never really a concept for me growing up. The money’s always nice. It’s always nice to be rewarded for winning and succeeding. But I played to be the best or to see how far I could go. That’s what competing was about, not making a big pay day,” he said.

Have no doubts that his ability to support himself full-time is not the norm. Most players, even many at the top, are not in the same position. Virtually no one is supporting themselves on just fighting game prize money.

The top of a treacherous mountain

Evolution is the most prestigious fighting game tournament of the year, and it boasts the largest and toughest brackets in every game present. For a third-place finish at the tournament, Anakin made $2,649. That’s not chump change by any means, but it’s not enough to form the foundation of a stable lifestyle, either.

Arslan “Arslan Ash” Siddique, who overcame Evo’s most difficult Tekken 7 bracket ever this year, received $14,000. While that sounds like a much bigger chunk of change, contrast that against the top of the towering mountains that sandwich Evo on the calendar. The Fortnite World Cup took place just before Evo and awarded $30 million in total to competitors, making it the jewel in the crown of professional Fortnite. The International 9 happened only weeks after Evo and one-upped Fortnite’s World Cup by awarding over $33 million. On the other hand, hundreds of competitors fought tooth-and-nail over only a few thousand dollars for some games at Evo. Tens of thousands were up for grabs by thousands of competitors for the bigger games.While that sounds like a much bigger chunk of change, it stands in stark contrast to the prize payouts that the winners of the Fortnite World Cup and The International 9, the two events that Evo was sandwiched between which respectively represent the top of the mountain for Fortnite and Dota 2, numbered in the millions. Above: The crowd reacts to a match during Evo 2019 in Las Vegas.

SomeOther Evo competitors who made the top eight of the hardest tournaments their respective games had ever seen walked away with less than $100 in their pockets for their achievements.

Andy “Rikir” La, who finished tied for fifth in Under Night In-Birth, lacks the support structure of a team or a widely known sponsor. For his performance at Evo, he took home just $270.80. That amount does not even cover a flight from Las Vegas to his hometown of Waterloo, Ontario, Canada.  As a competitor and full-time university student, he has to employ as many cost-cutting procedures as possible like taking red-eye flights or booking cheaper motels in order to travel to tournaments. He also has to be extra discerning about which events he goes to.

“I would not have been financially capable of entering Evo this year because I did not have enough funds on my own to pay for it. I was planning on skipping the event entirely. The only reason I was able to show up was because my parents suddenly stepped in to pay for my trip because they wanted to go cheer me on in person. Most of the time that doesn’t happen so I just say, “Well, I guess I can’t go to this event. Better save up for the next one,”” he said.

His shopping list when going to a tournament includes event registration, hotel, flight, and food. According to him, flights from Toronto to most events on the east coast of the U.S. run him around $400-$500 round trip and, as such, are his biggest expenses that he has to worry about.

“I’m reliant on winning local events to be able to fund most of my trips. As of right now I managed to pay for a trip to CEOtaku (a fighting game tournament focused a subgenre, anime fighting games) by winning an event and a few weeklies. When I work my usual part-time job most of that money just goes back to paying my own rent and tuition. In other words, If I’m not winning events near me I can’t afford to go anywhere in the U.S.,” Rikir said.

He cannot sustain as a full-time venture. He knows this. To him those sacrifices are worth making because even without being able to earn a living from excelling at competitive fighting games, it’s still what he loves.

“I’ve been competing for eight years in various games, and I can certainly say for every dollar I’ve won, I’ve probably lost ten times the amount or more,” Rikir said. “Of course, I was never really in it for just the money, I compete because that’s what I enjoy. If I just wanted money, there’s more reliable ways to earn it.”

Even if Rikir was on a team he might necessarily be able to compete full time. Not all teams are created equally. Anakin acknowledged that it’s thanks to Radiance and Red Bull, his team and sponsor respectively, that he can make his love his vocation. Unfortunately, few players in the fighting game scene, even among those with personal sponsorships or teams behind them, have such heavy-duty support.You might think that the sole difference between Anakin’s and Rikir’s situations is the lack of a team, and while Anakin acknowledged that it’s because of Radiance’s and Red Bull’s support that he can sustain this as a full-time job, it isn’t easy to find a team, and not all teams are equal in what they provide their players.

“I think the term ‘sponsored’ has grown to be more of a blanket statement now-a-days. [Getting] sponsored by any team? It isn’t too hard. Sponsored by a tier one team? [That is] extremely difficult,” said Armando “Angelic” Mejia, a world-class player in numerous games and a multiple-time third place finisher at Evo.

Misfits Gaming formed back in 2016. They have fielded squads in nearly every major competitive game since then. They’re in Angelic’s corner. With their support he has traveled all over the country honing his skills. Like Anakin, he does not have to pay out-of-pocket for his flights and hotels. When he talks about tier one teams, this is the standard he is holding them to. 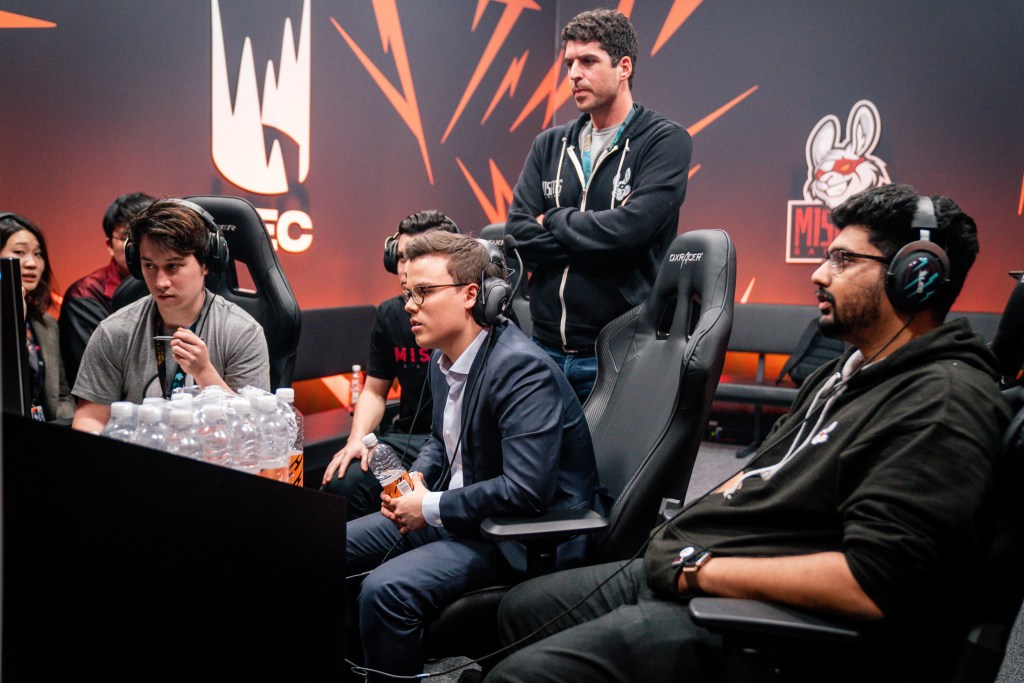 After a weekend tournament, though, he goes back to his job working at the office of a law firm. His team takes care of travel expenses, but he still doesn’t make enough to quit his day job. That’s at least a fair sight better than the old days, he said, when he was paying to travel to majors from his own bank account, finishing top three, and still not recouping enough to even half-cover his expenses.

Angelic’s advice to others hoping to find a way to make their passion their careers in the fighting game community is by streaming or making YouTube videos. In fact, he urged those serious about making money to prioritize that over prize winnings and results.