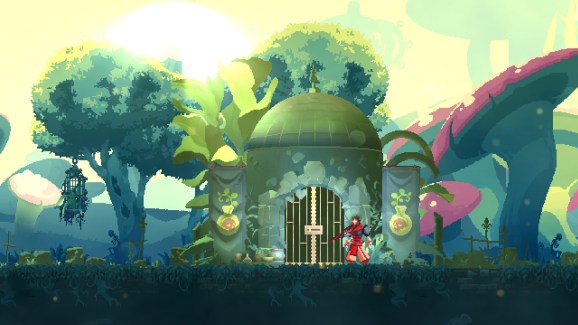 Motion Twin and Evil Empire announced today that Dead Cells will be getting its next downloadable content drop in Q1 2020 when The Bad Seed launches.

The Bad Seed will be available for Dead Cells on all of its platforms: PlayStation 4, Xbox One, Switch, PC, Android, and iOS. It will cost $5.

Dead Cells first launched in 2018 and quickly became a giant indie hit. It combines elements of the Metroidvania and Rogue-like genres, encouraging exploration in a 2D world while having harsh penalties for death. It has sold over 2.4 million copies. Its continued success comes in part due to the developers continuing to support it with both big, paid content drops like this and free updates.

The Bad Seed adds two new areas: The Arboretum and The Swamp. It will also introduce new monsters and weapons.