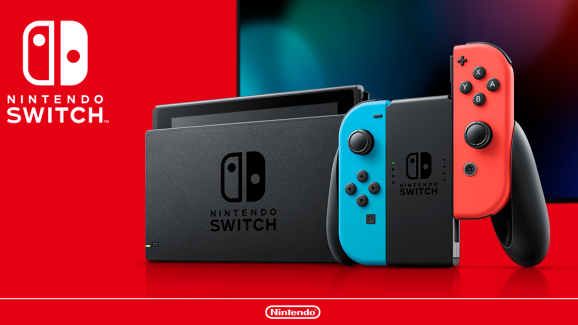 The Nintendo Switch is riding high.

Nintendo announced today that the Switch had its best sales week ever in the U.S. during Thanksgiving week, which included Black Friday and Cyber Monday. Switch sold 830,000 consoles during the week, bringing total sales for the machine in the U.S. to 17.5 million.

The Switch debuted in March 2017, and it’s been a much more successful console than its predecessor, the Wii U. That system sold 13.56 million consoles around the world during its life. That’s less than what the Switch has done in the U.S. alone. And the Switch is launching in China on December 10, which will boost its worldwide sales.

Multiple factors helped Switch be such a big hit for its big week. This was the first Thanksgiving week where the Switch Lite, which launched in September, was also available, offering consumers a cheaper alternative to the original model. Nintendo also offered a Switch bundle that included Mario Kart 8 Deluxe, the system’s most popular game. The racing title has sold 8.5 million copies in the U.S. alone.

Switch also got a boost from the recent releases of Pokémon Sword and Shield, which came out on November 15. Pokémon is one of Nintendo’s biggest franchises, and the two games have already sold over 3 million copies combined in the U.S..

Aside from Pokémon, the Switch has other high-profile games that continue to sell strong despite being a year or more older, including Super Mario Odyssey, Super Smash Bros. Ultimate, and The Legend of Zelda: Breath of the Wild.

After this strong holiday season, things look to slow down a bit for the Switch next year until the March 20 release of Animal Crossing: New Horizons.