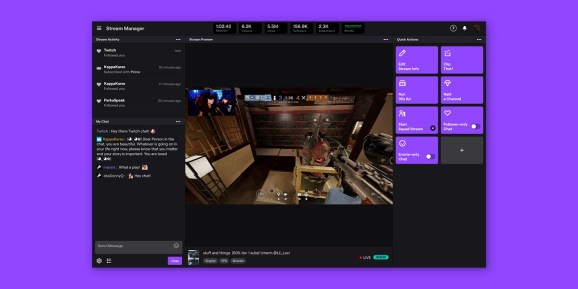 Twitch is announcing a new set of features and tools for its Creator Dashboard. That’s a big deal, since the livestreaming platform has more than 3 million creators, or people who livestream. And the easy way to boost that number is to make better tools that make it easier to become a streamer.

While 3 million sounds like a lot of streamers, it’s a relatively small part of Twitch’s overall reach. More than 100 million people spectate on Twitch, watching everything from cooking shows to gameplay videos.

“As part of our ongoing mission to listen, learn, and build the tools that will help Creators grow, connect, and thrive on Twitch — we’re excited to announce a full overhaul of the Creator Dashboard,” Twitch said. “Updates include a shiny, customizable new design to fit your streaming needs, plus a handful of other powerful features and tools that we’re so excited for you to stream with.”